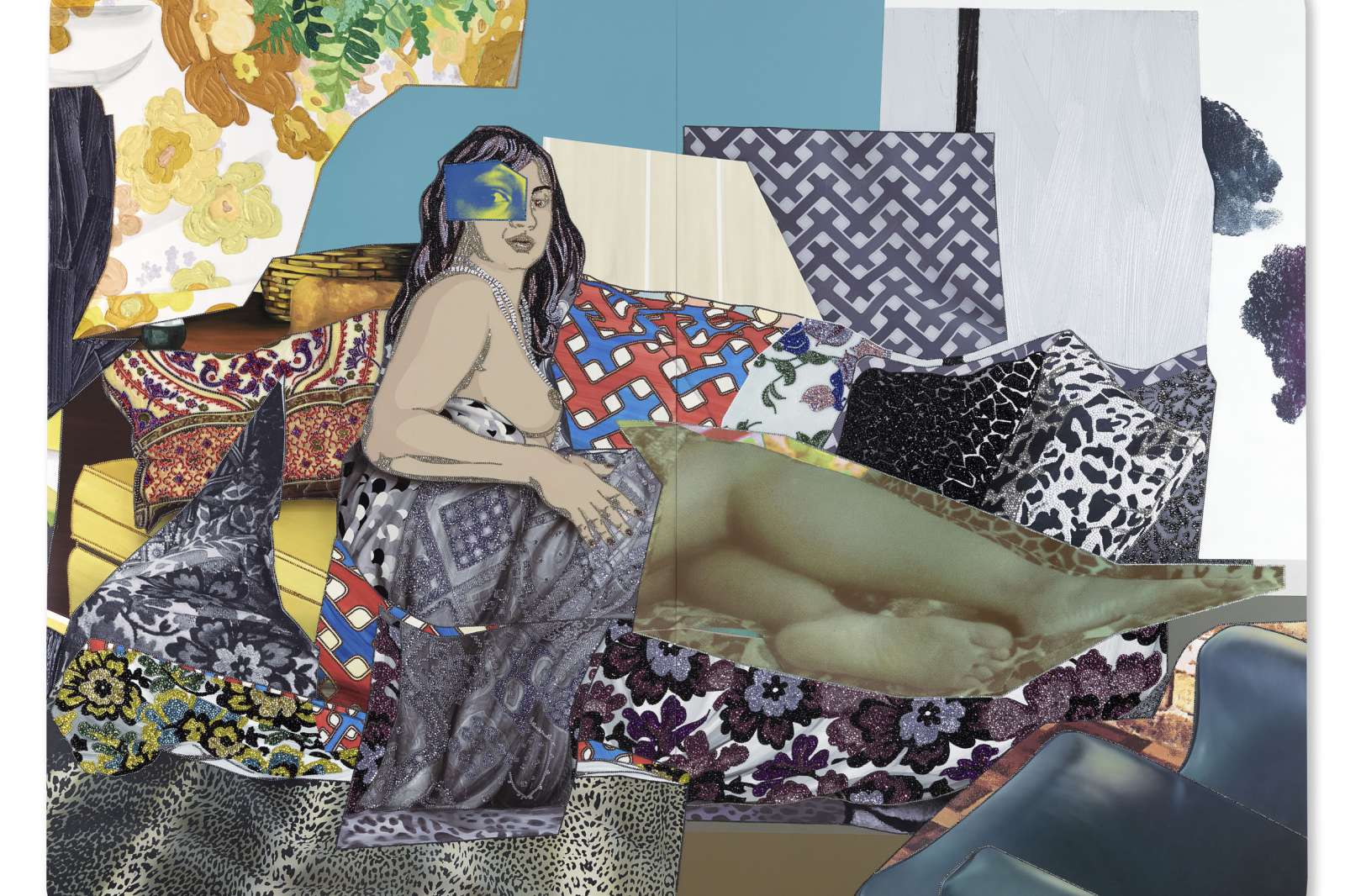 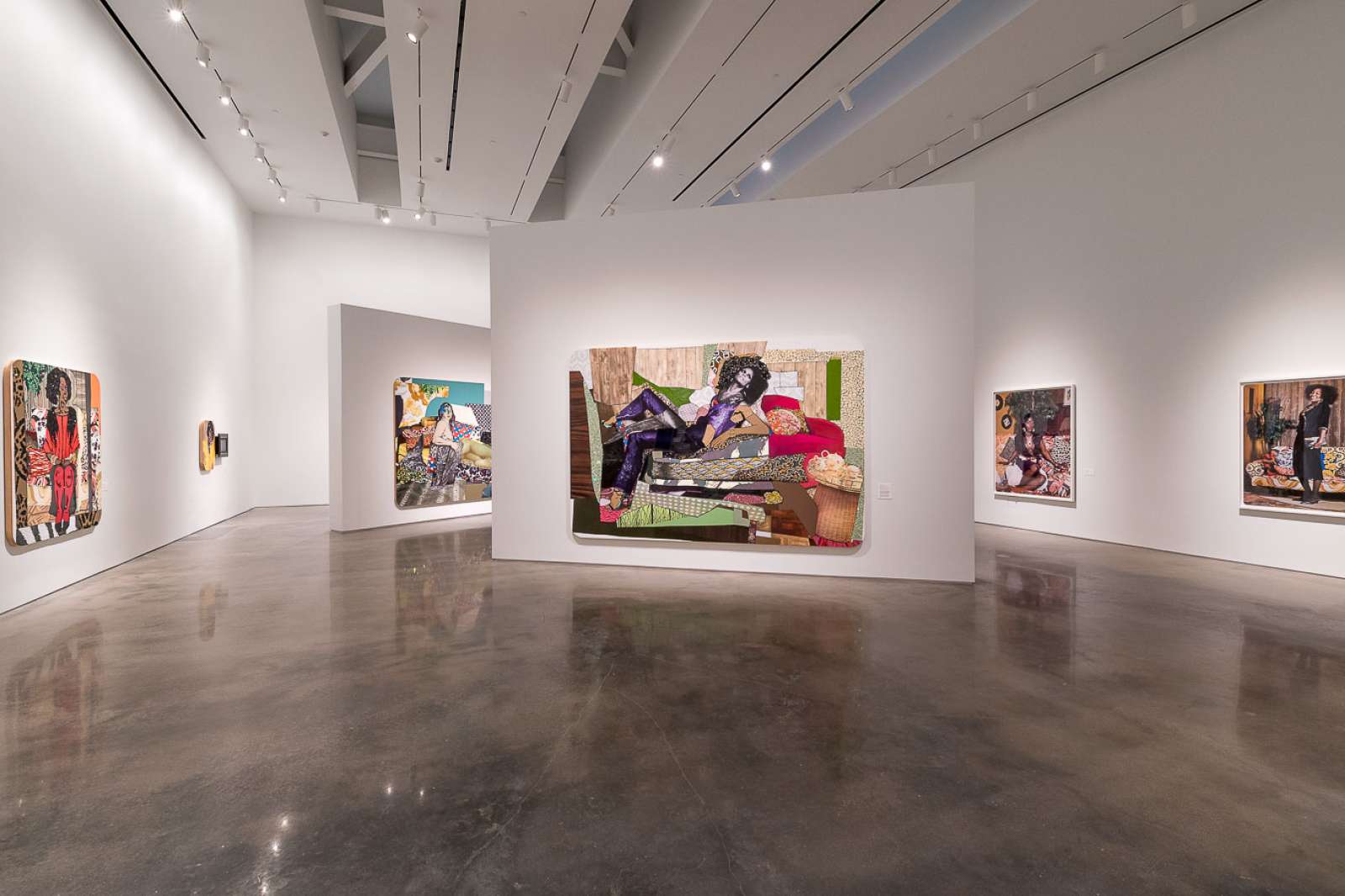 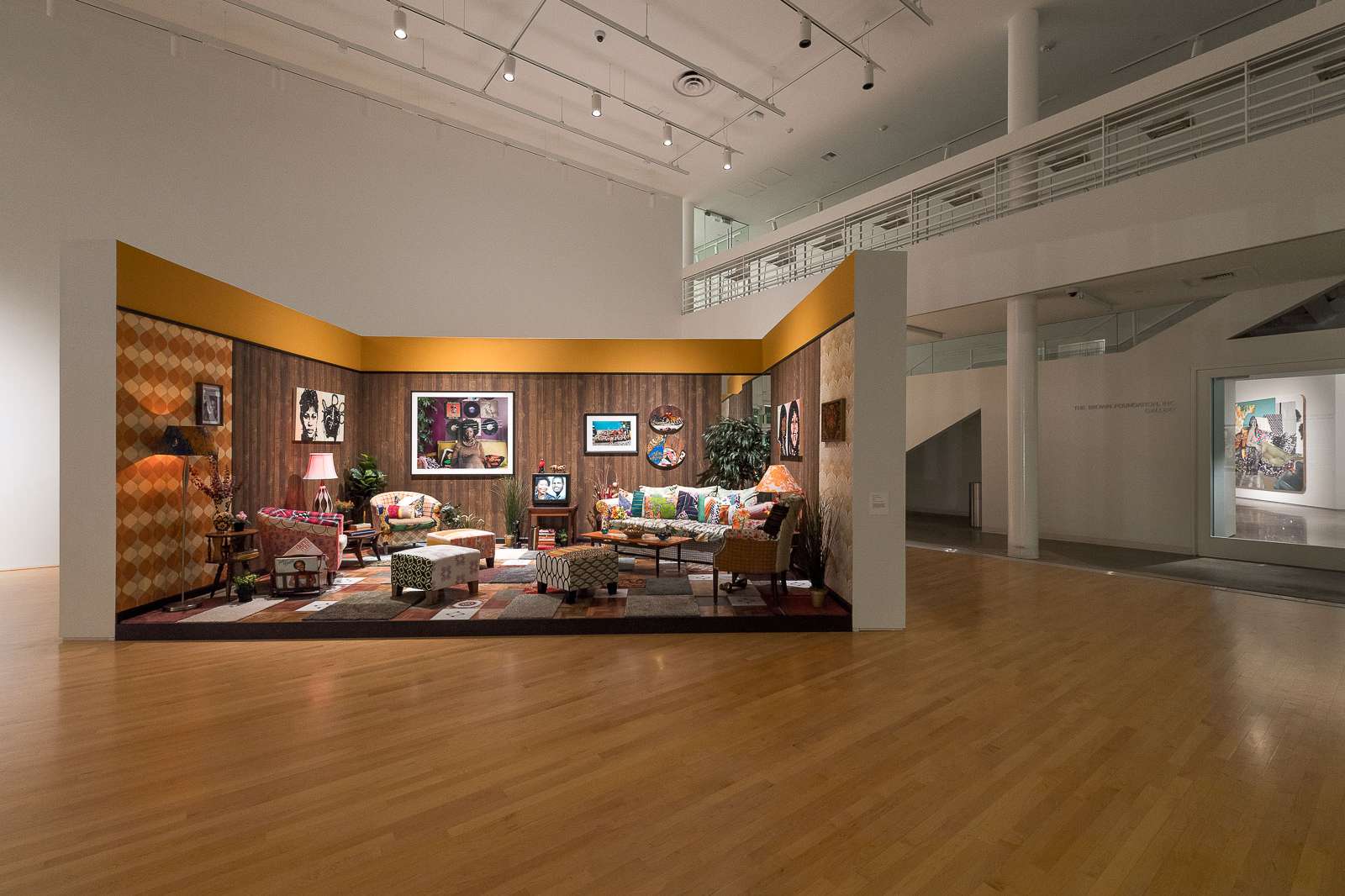 Waiting on a Prime-Time Star

Mickalene Thomas: Waiting on a Prime-Time Star features paintings, photographs, collages, prints, and mixed-media works that explore the artist’s complex vision of female sexuality, identity, and power. Thomas’s portraits, landscapes, and interiors examine how black women are represented in art and popular culture and confront our assumptions about what defines the female experience in the 21st century.

Thomas’s work draws on her close study of art history and the classical genres of landscape and portraiture. Inspired by diverse sources from Romare Bearden, Édouard Manet, Jean-Auguste-Dominique Ingres, and Henri Matisse to contemporary film, fashion, and popular culture, Thomas challenges notions of femininity from a contemporary perspective. By modeling her figures and interiors on classically modern works, she claims agency for women who have historically been subjugated.

The Moody’s Central Gallery will feature a room-sized tableau designed by Thomas as an immersive environment. At the center of the tableau is Thomas’s documentary film, Happy Birthday to a Beautiful Woman (2012), a 23-minute exploration of the life and longings of her mother and muse, Sandra Bush. A former fashion model whose life echoes the aspirations and struggles of a generation of women, Bush is the inspiration of much of Thomas’s work. This video exemplifies the artist’s ongoing engagement with portraiture as a key to personal and cultural identity.

About the artist: Mickalene Thomas (lives and works in Brooklyn, NY) makes paintings, collages, photography, video, and installations that draw on art history and popular culture to create a contemporary vision of female sexuality, beauty, and power. Blurring the distinction between object and subject, concrete and abstract, real and imaginary, Thomas constructs complex portraits, landscapes, and interiors in order to examine how identity, gender, and sense-of-self are informed by the ways women (and “feminine” spaces) are represented in art and popular culture.

Thomas has been awarded multiple prizes and grants, including the USA Francie Bishop Good & David Horvitz Fellow (2015); Anonymous Was A Woman Award (2013); Brooklyn Museum Asher B. Durand Award (2012); and the Timerhi Award for Leadership in the Arts (2010). 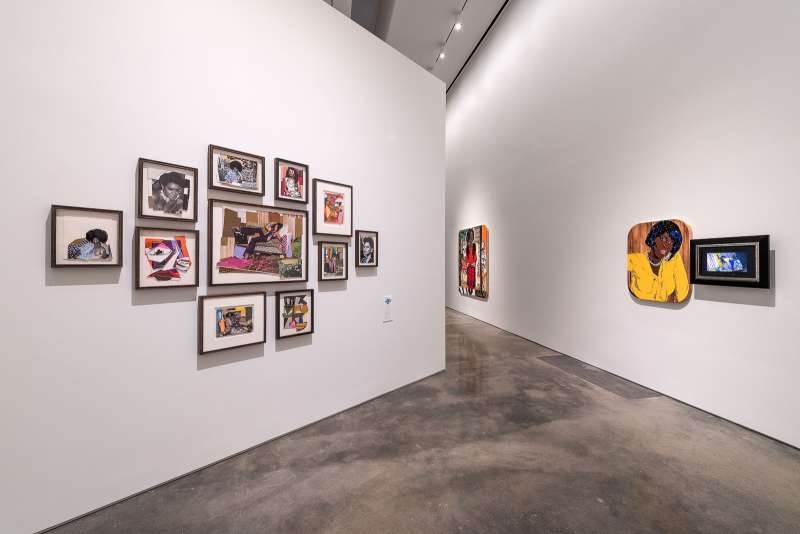 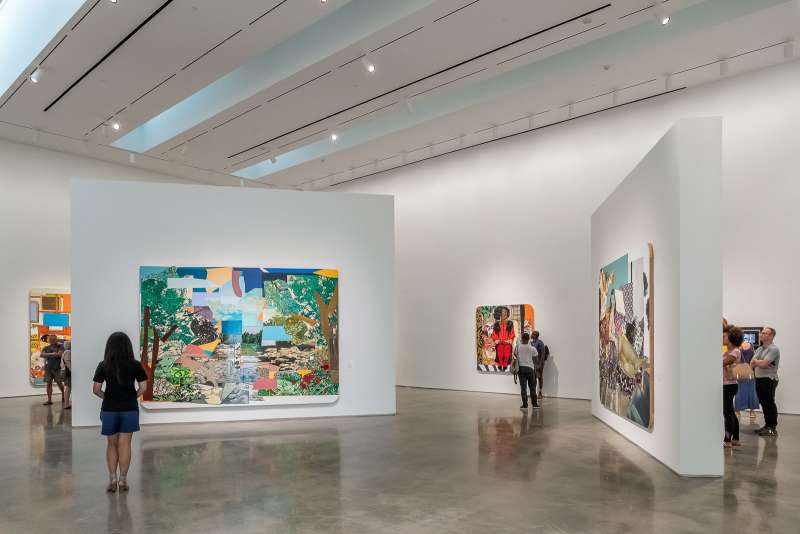 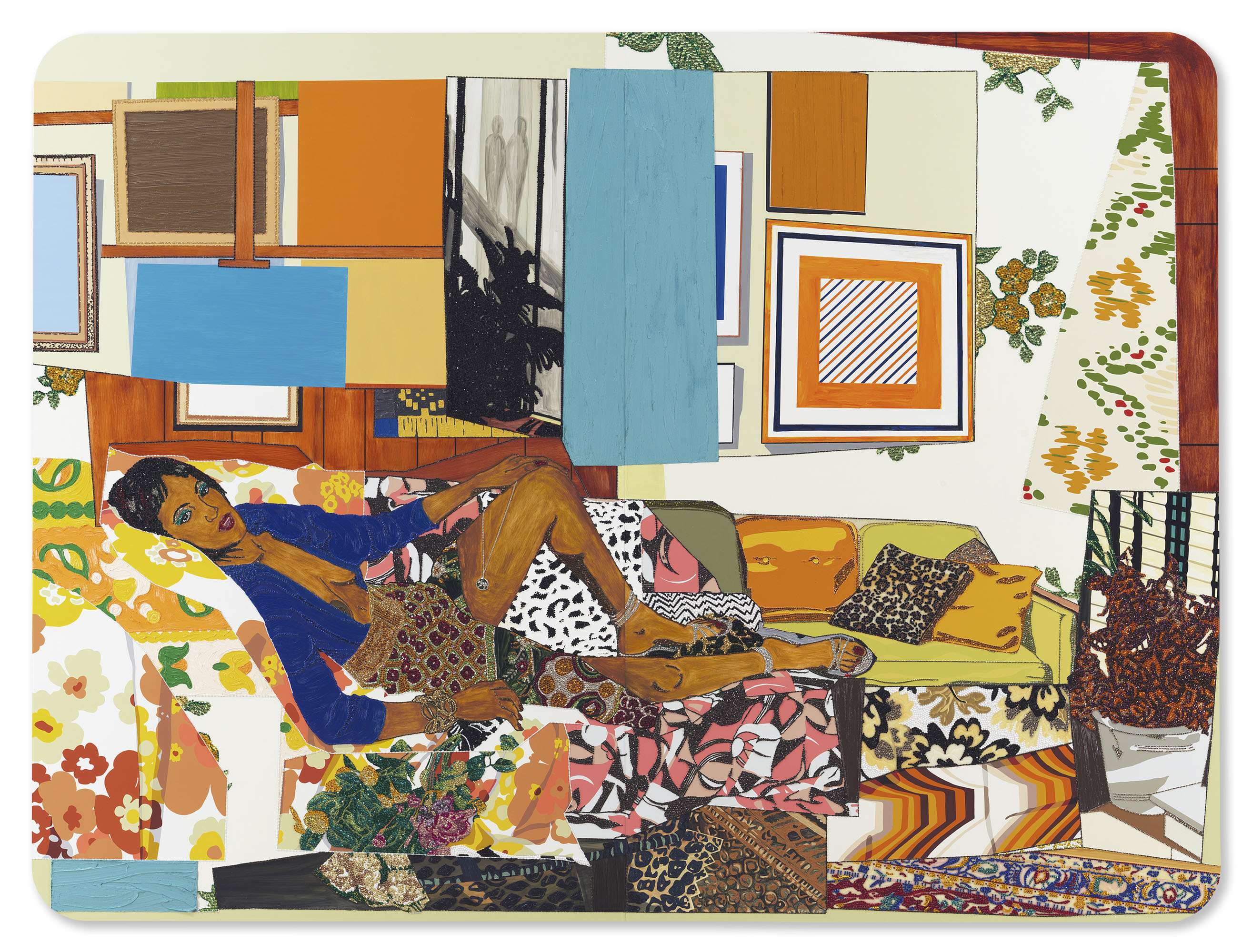 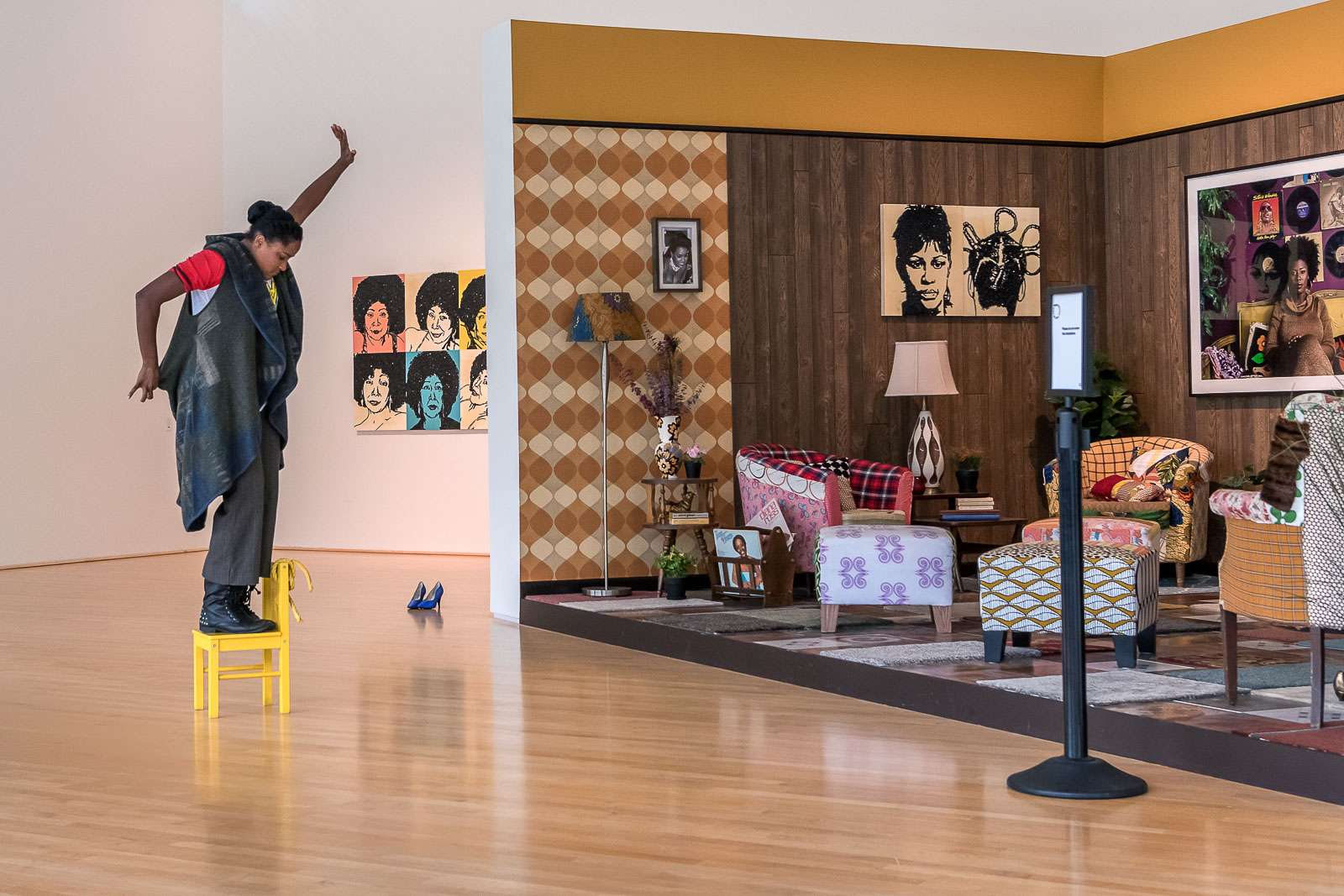