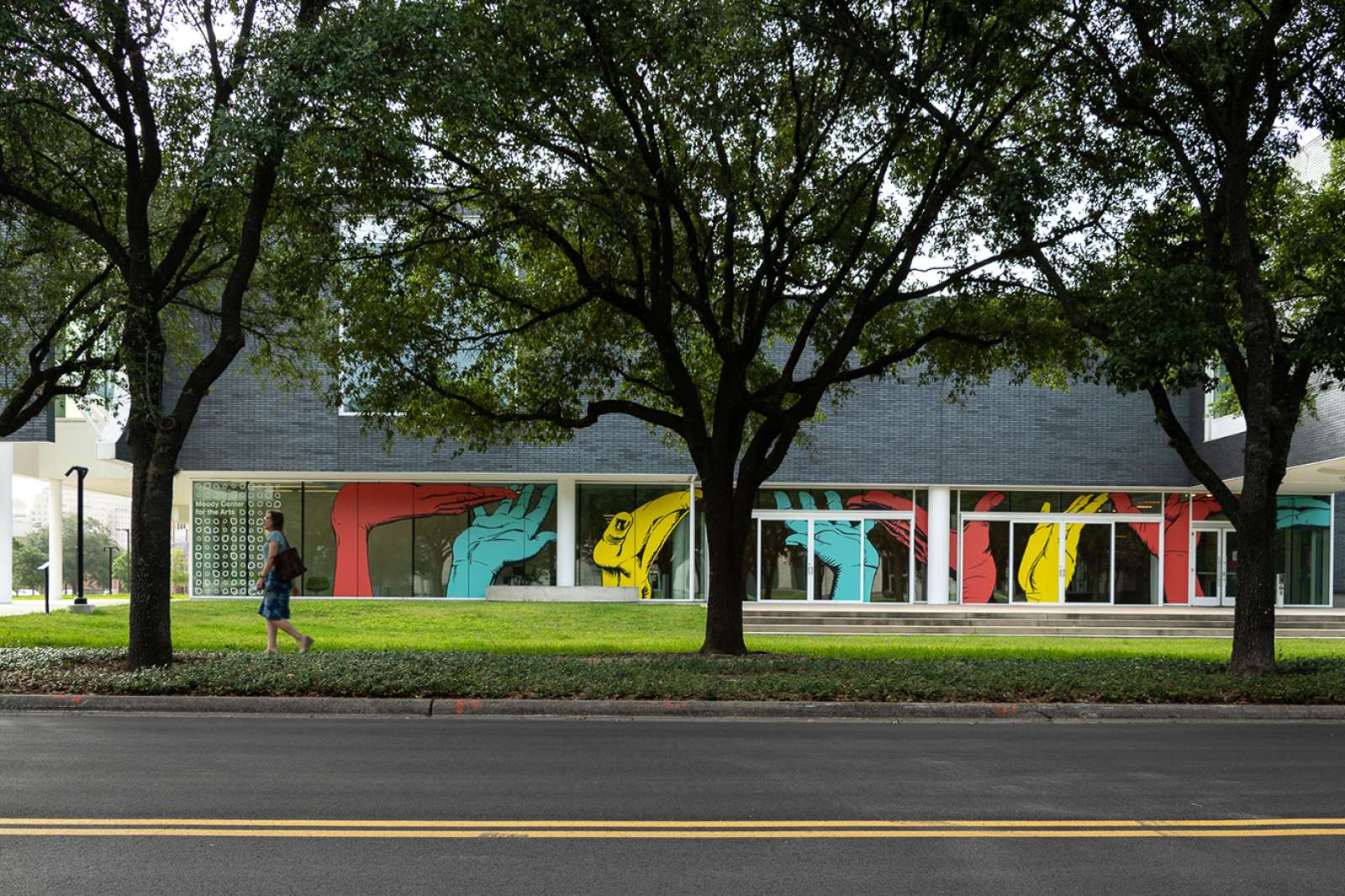 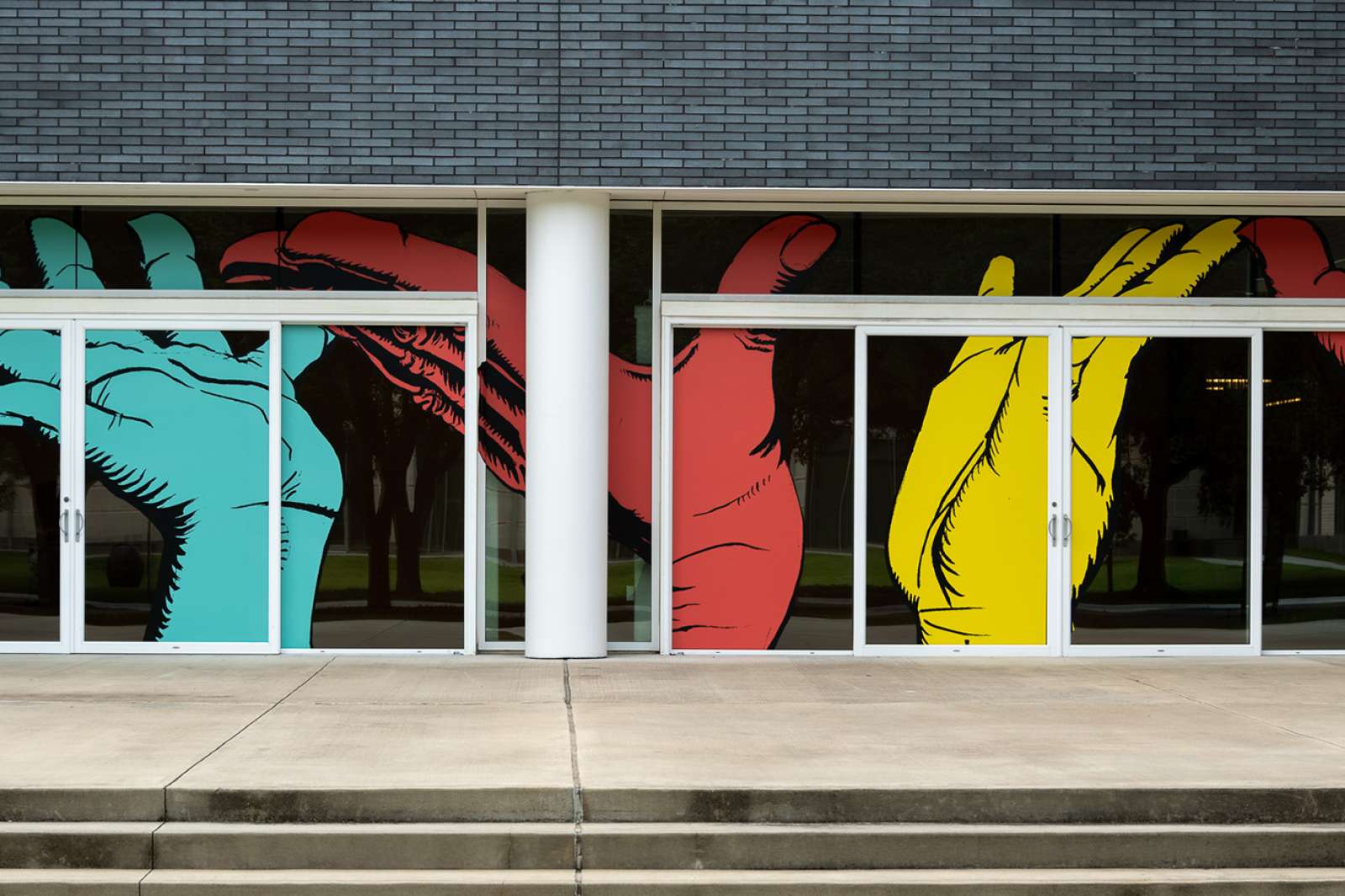 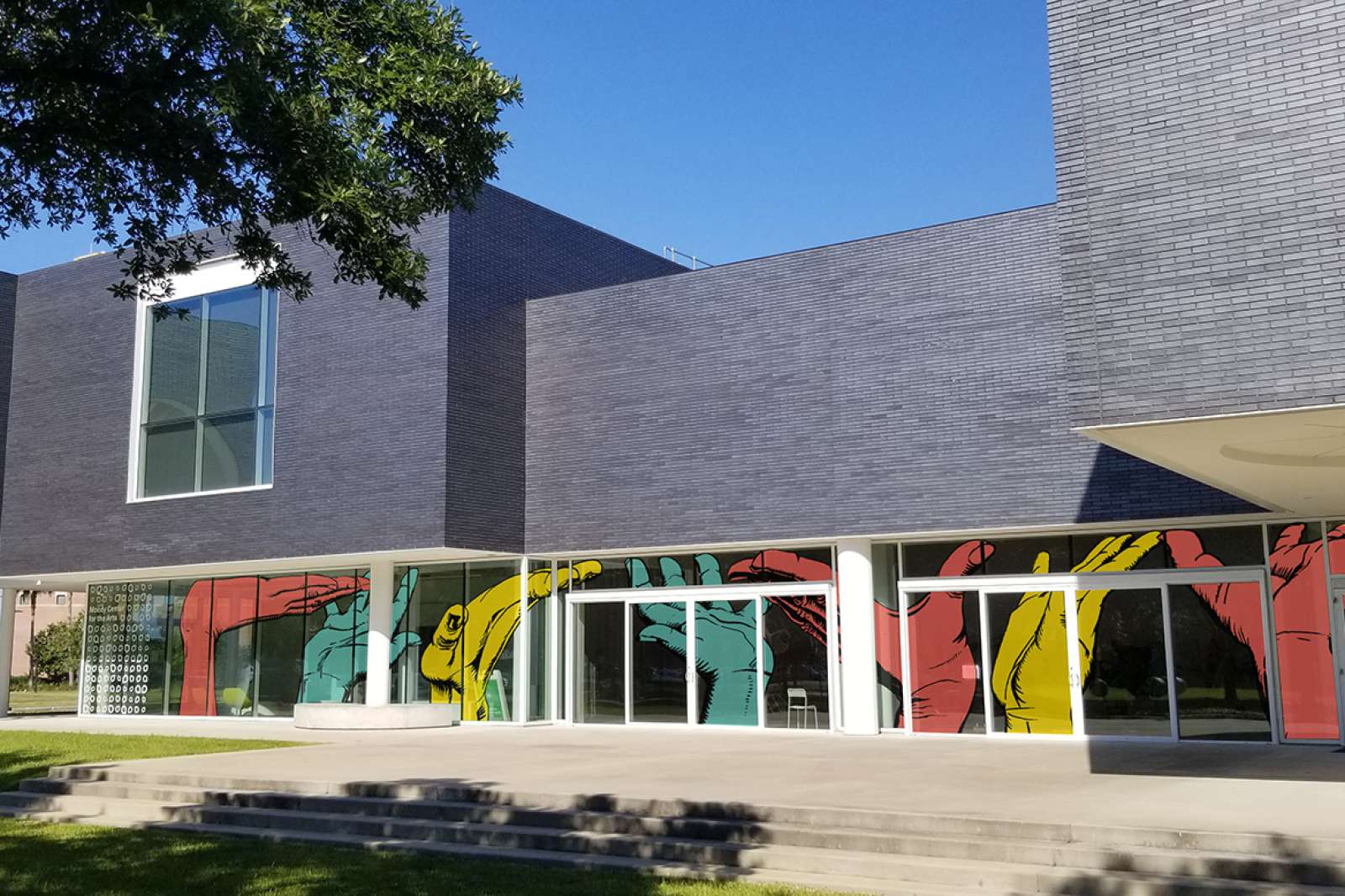 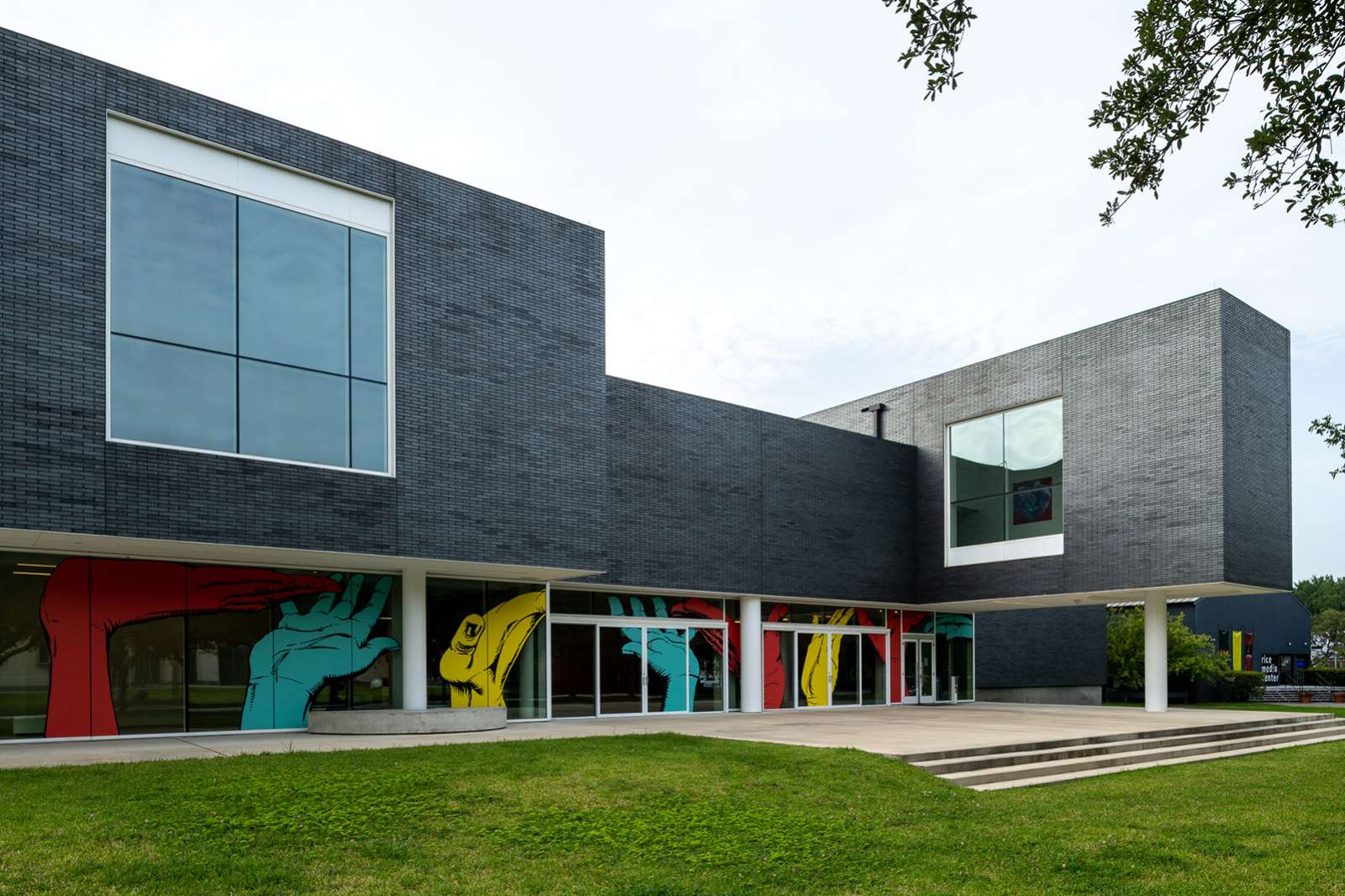 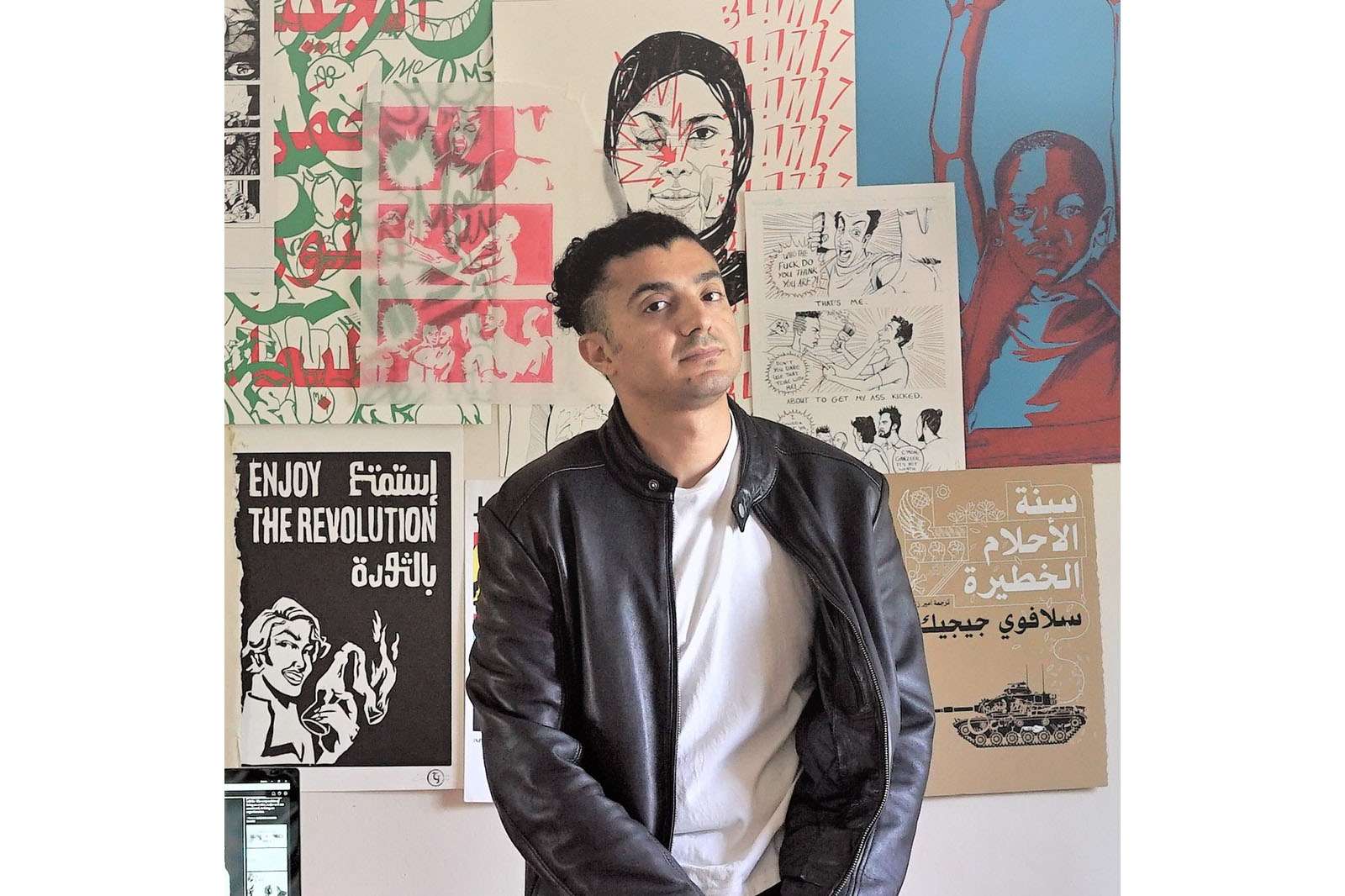 Over the summer, the Moody Center for the Arts will present a window series with original works by Texas-based artists. With the goal of supporting artists in this time of crisis, the Moody’s west wall of windows facing College Way, just off Entrance 8 at Stockton Drive, will become an exhibition surface, offering the Rice and Houston communities original works of art to engage with, reflect on, and enjoy.

The Moody’s summer window series launches with a site-specific commission by Ganzeer (b. 1982, Giza, Egypt). After having trained and worked as a graphic designer, he began to create political street art in Cairo during the Arab Spring. Through his bold and provocative murals, Ganzer called out oppression and violence against the Egyptian people.  His art bears witness to the social and political upheaval of our time. He chose the name “Ganzeer” (bicycle chain in English) to express his belief that artists can propel ideas and drive change. After art residencies in Finland, Poland, and Switzerland, and having his art shown in various countries, Ganzeer relocated to Houston in 2019. His large-scale project for the Moody, titled It Takes a Village, embraces the architecture of the building while explicitly responding to the COVID-19 crisis. The motif of the large-scale hands, in bright colors and different shapes, serves as a metaphor for people coming together during this time of social isolation, anger, and despair, and encourages viewers to find new ways of connecting and supporting each other. 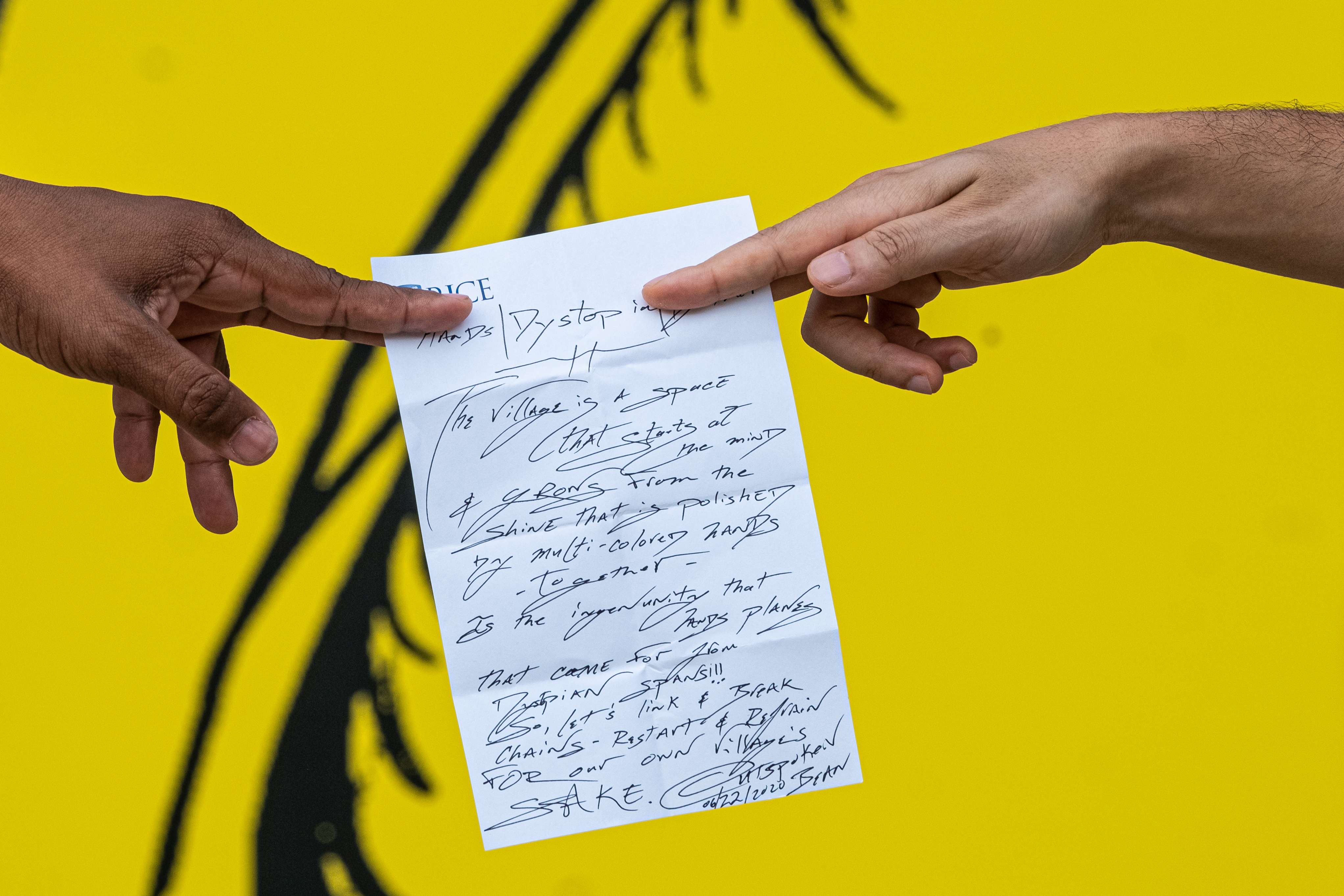 The Outspoken Bean: A Response to "It Takes A Village"