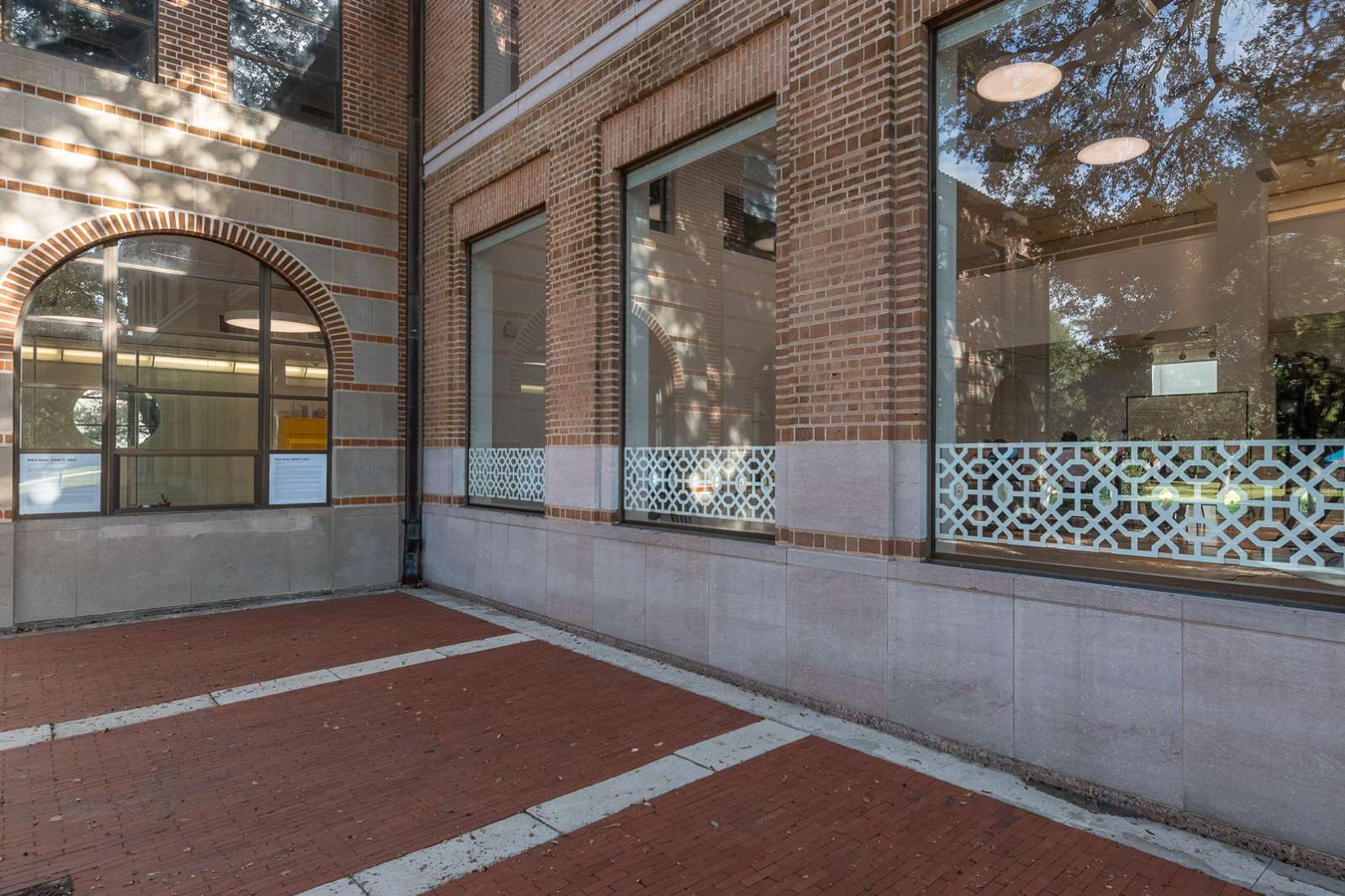 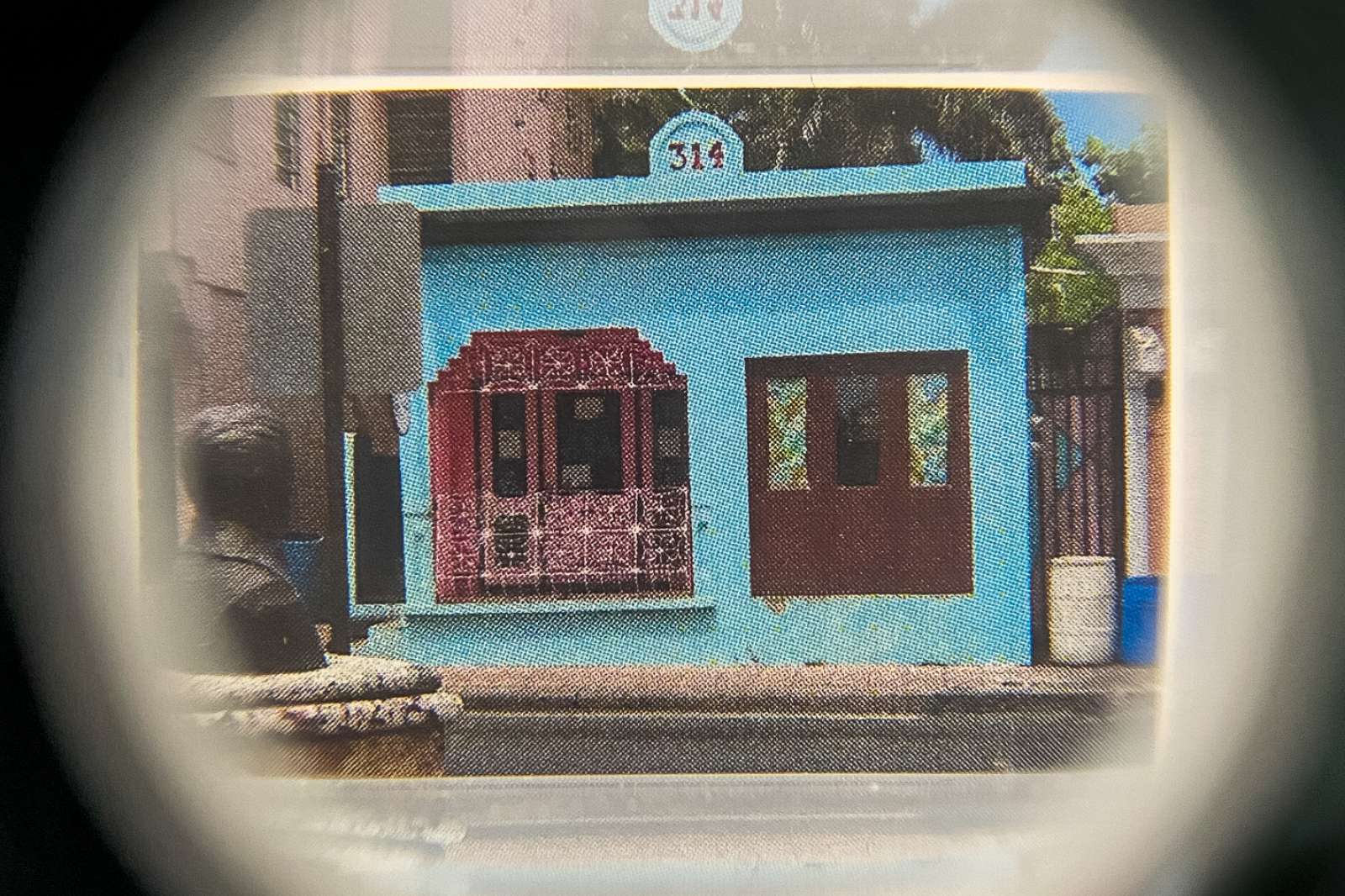 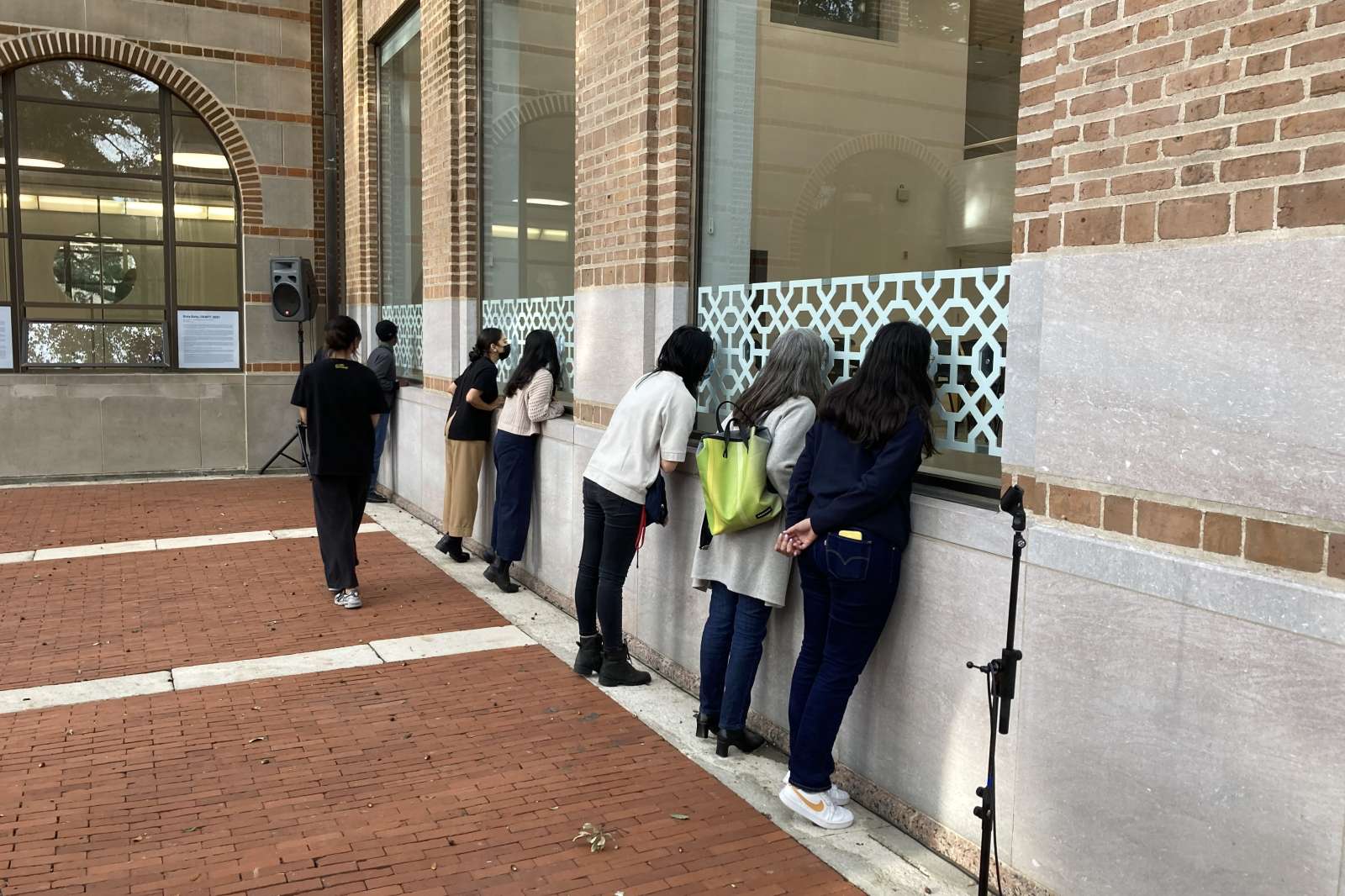 This site-specific installation, titled GRAFT, is part of Soto's ongoing project to integrate art and design into existing architectural structures. Inserted in the large windows of the Farish Gallery in Anderson Hall, home to Rice University’s School of Architecture, the panels of her work extend the color and the horizontal forms of the exterior facade’s marble bands, forming a continuous white line that envelops the west side of the building. The repeating and interlacing diamond shapes are inspired by the architecture of Cupey, a barrio in San Juan, Puerto Rico.

By joining two disparate architectural styles – each specific to a discreet place Soto calls attention to feelings of displacement and strangeness felt by immigrants in a new land. Ideas of familiarity and home, and the physical, psychological and even linguistic barriers that keep one from “belonging” are evident in the combined, non-matching styles.

Interspersed throughout the structures are viewfinders featuring images of houses and portraits of everyday life in Puerto Rico. Viewers will be immersed in another context and reality, as if looking through the windows of a home. Catching a glimpse of domesticity through acts of voyeurism, audiences are invited to consider issues of privacy and surveillance. 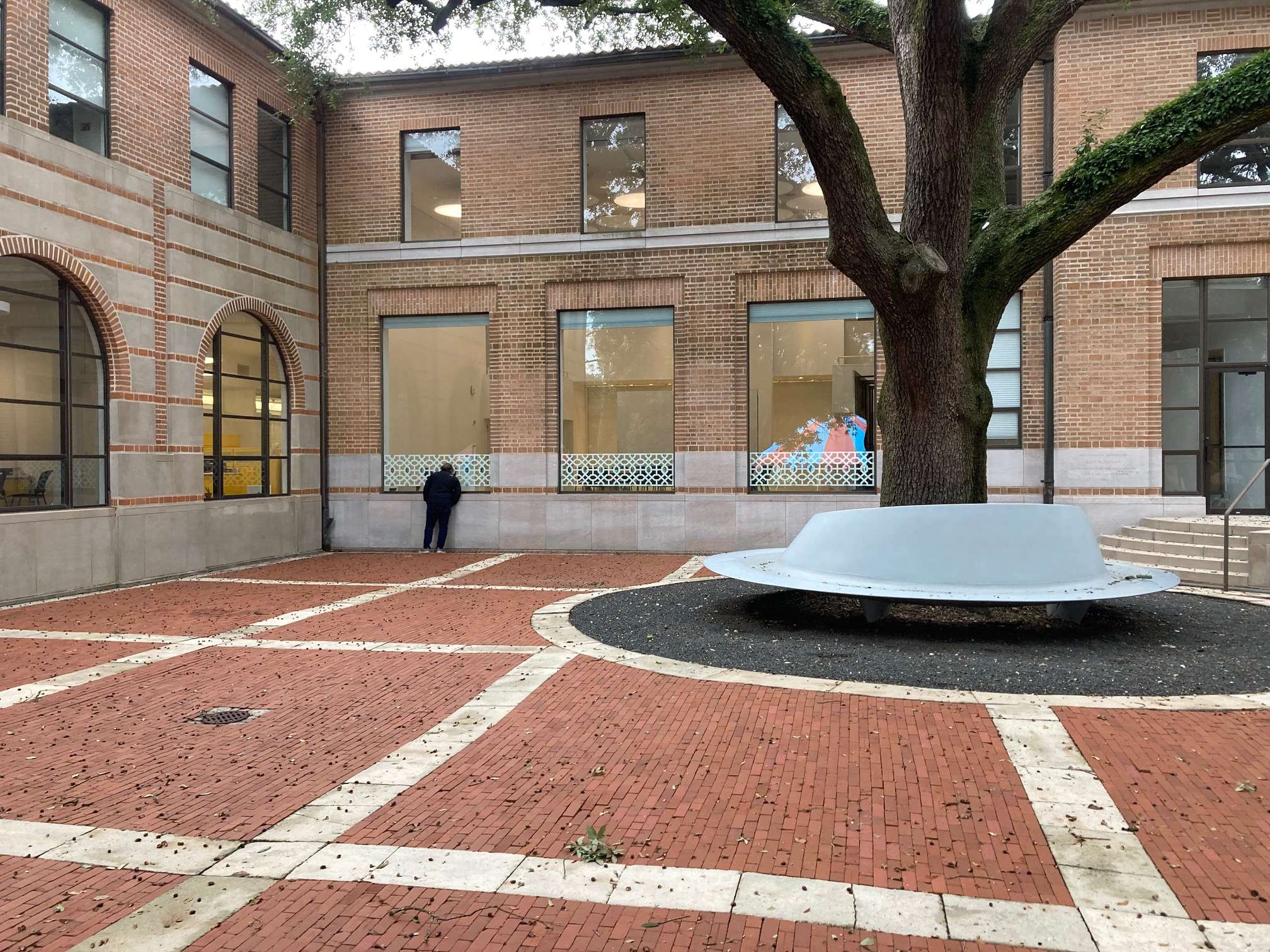