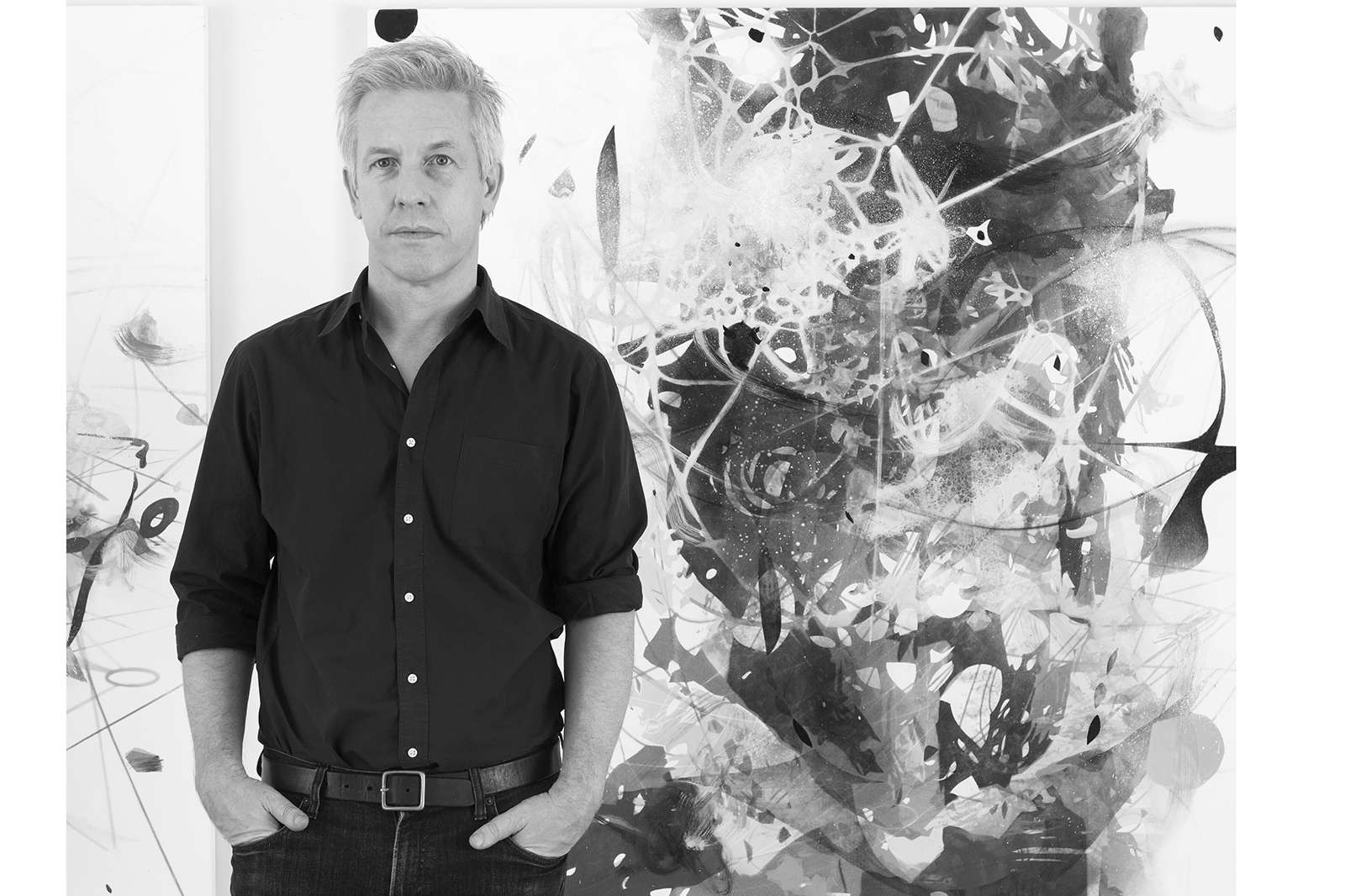 In conjunction with his exhibition The Demon in the Diagram at the Moody, Matthew Ritchie will serve as the second Leslie and Brad Bucher Artist-in-Residence. During his residency, he will also interact with ten Rice University courses from diverse fields including literary theory, mathematics, experimental music composition, drawing, and video art.

Matthew Ritchie (b. 1964, London, England) lives and works in New York City. A graduate of the Camberwell School of Art (BFA, 1986), Ritchie is concerned with structures of knowledge and the systems humans devise to categorize and visualize meaning. Ritchie incorporates a wide range of media into his practice, including drawing, sculpture, laser-cut vinyl, lightboxes, computer programs, live performance, writing, and music.

Ritchie’s work has been featured in solo exhibitions at numerous institutions, including the Institute of Contemporary Art, Boston; ZKM Center for Art and Media Karlsruhe, Germany; Contemporary Arts Museum Houston; and the Dallas Museum of Art. His work has been featured in the Whitney Biennial, the Sydney Biennale, and the Bienal de Sao Paulo, and is in the permanent collections of The Museum of Modern Art, Whitney Museum of American Art, and the Solomon R. Guggenheim, New York; San Francisco Museum of Modern Art; and the MIT List Visual Arts Center, among others. Ritchie recently unveiled a four-story public artwork on the Cornell Tech campus in New York titled Everything that Rises Must Converge (2017). This year Ritchie completed a long-term collaboration with the Getty Research Institute in Los Angeles that resulted in a book, edition, and installation titled, The Temptation of the Diagram.