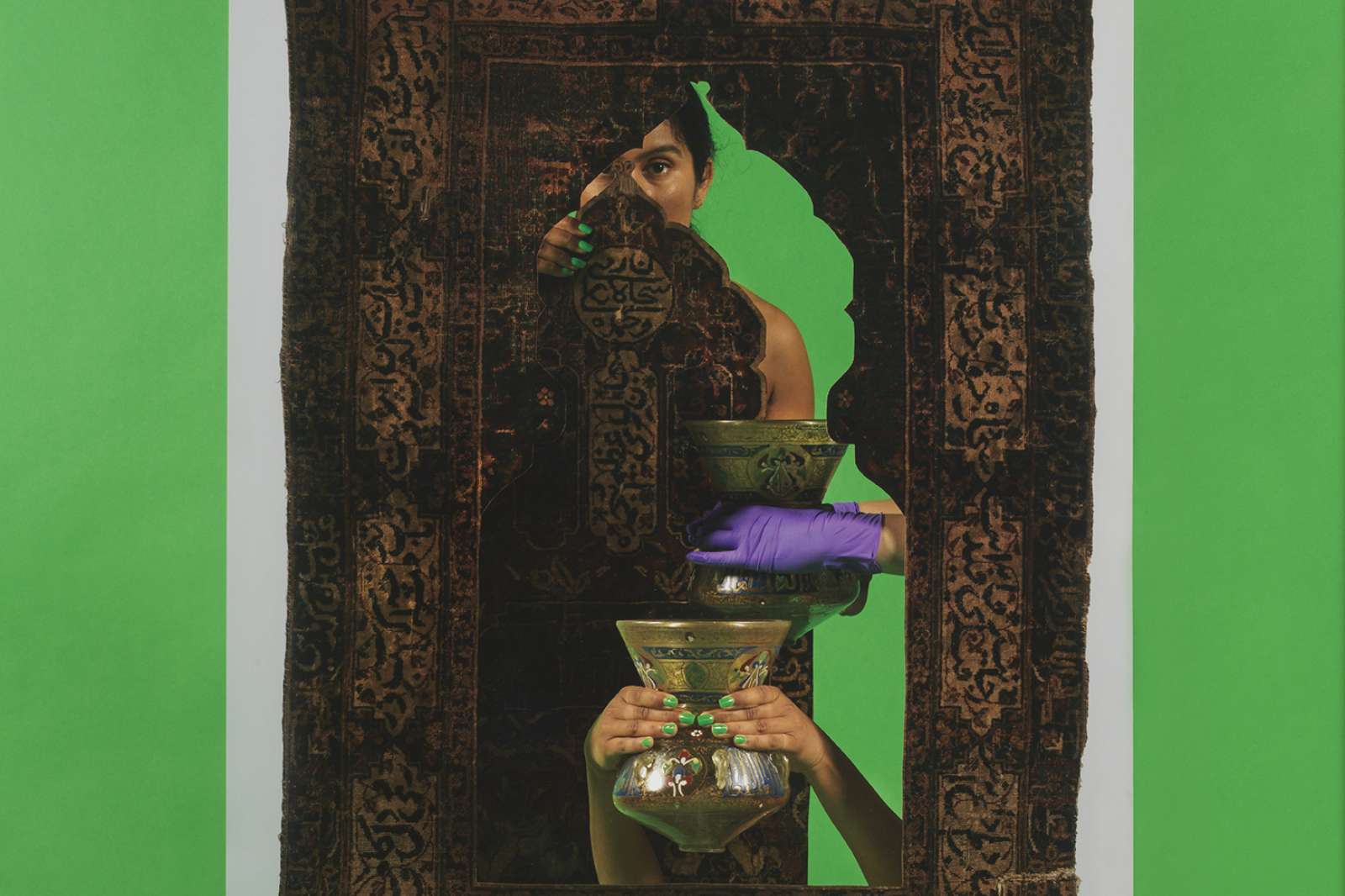 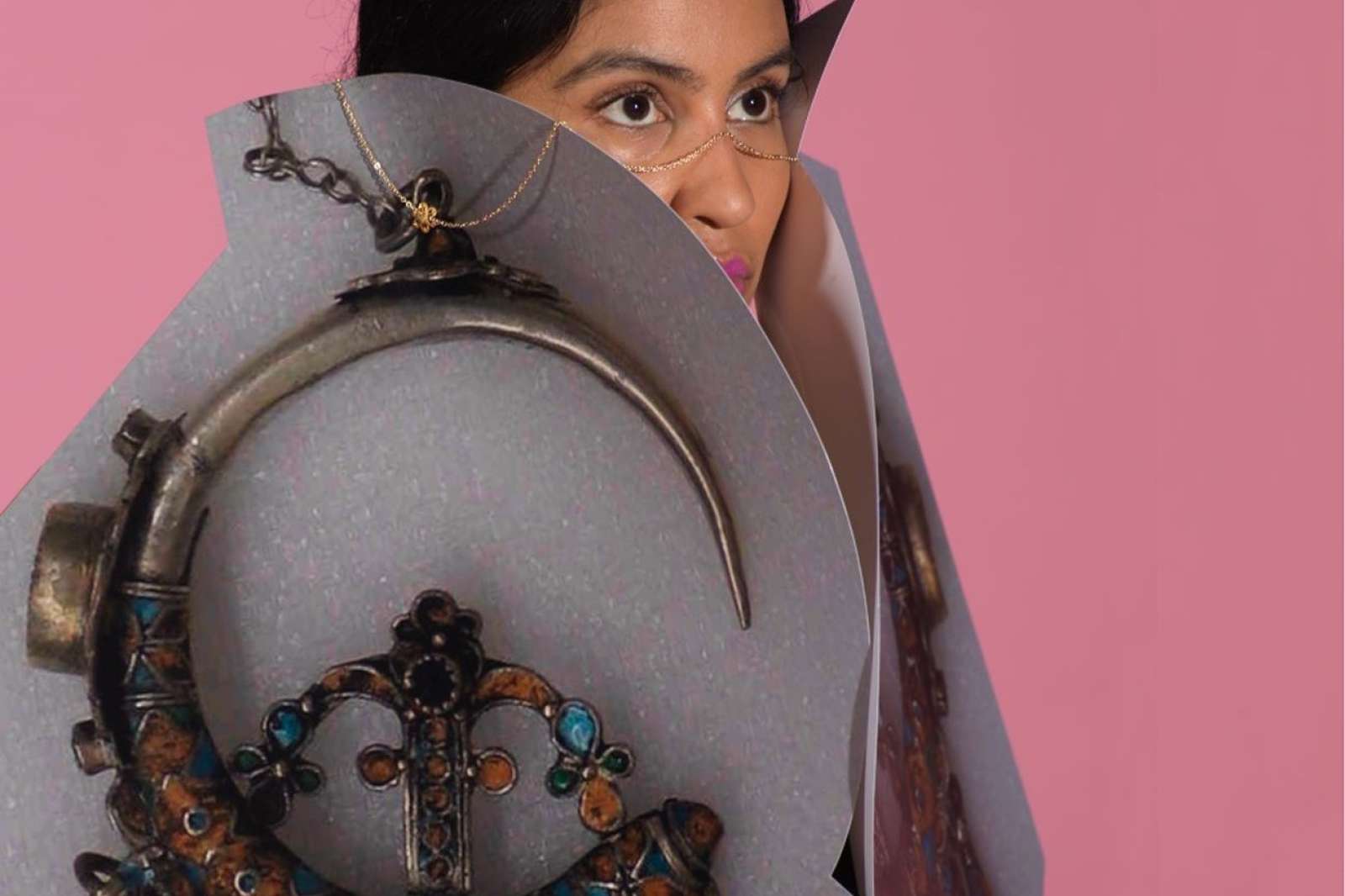 Khan, a self-identified femme Muslim American, raised in Denton, Texas, explores the complex and often overwhelming issues of commodification, politics, and the body through pop culture, architecture, fashion, and music. Shifting seamlessly between mediums and materials, the artist creates spaces of beauty and safety, while pointing to systems of marginalization. The combination of disruption and reprieve offered by Weight on History allows visitors to linger in the visual allure of the works on view while contemplating difficult issues surrounding cultural prejudice, thus creating an entry point toward imagining a more inclusive society.

At the center of the exhibition is the new commission, Painful Arc (Shoulder-High), which expands upon the artist’s interest in architectural archetypes and the authority they represent. Using commonplace materials, including wood and installation foam, Khan renders a classical Islamic arch clad with images of the artist’s body and recurrent symbols from their practice such as the standing microphone. As a result, the installation raises questions about equity, access, and how architectural histories--the monuments and ideas contained therein--wield power through the illusion of fixedness.

The exhibition also includes a selection of Khan’s work from the last five years, demonstrating a ceaseless exploration of identity, history, and culture through a variety of media. Video work By Faith, soft sculpture Acoustic Sound Blankets, and the handmade woven wool rugs of Psychedelic Prayer Rugs each delve into the ways in which daily life can be a radical political act. Questions of identity and the imbued meanings of design and architecture are also referenced in such works as Features [Feat.  ] (2018) and Second Skin (2022). The former is a mirrored hanging chandelier transformed into a disco ball that rotates to the beats of Khan’s album, I Am an Archive. The latter is a large-scale sculpture resembling sliced columns whose scalloped edges are covered in Kashmiri rugs. Complementing the installation is a series of photographic collages comprised of clippings from encyclopedias, historical material, and photographs of Khan's body. Each frame relays a specific event, thereby interlacing the artist’s familial histories with larger narratives.

Overall, Khan’s personal navigation between the present and the past speaks to the marginalization of Islamic culture in the United States, as well as to the complexity of understanding seemingly disparate states of assimilation and displacement. The exhibition invites visitors to consider what elements of the past we bring forward and how to bring those existing on the periphery toward the center.

Baseera Khan: Weight on History is co-organized by the Moody Center for the Arts, Rice University, Houston, and the Contemporary Arts Center, Cincinnati, where the exhibition will travel following its Houston debut. It is co-curated by Ylinka Barotto, Guest Curator, Moody Center for the Arts, and Amara Antilla, Senior Curator at Large, Contemporary Arts Center, Cincinnati. It will be on view at the Moody from June 3 – August 27, 2022, and at the CAC from September 30, 2022 – February 11, 2023 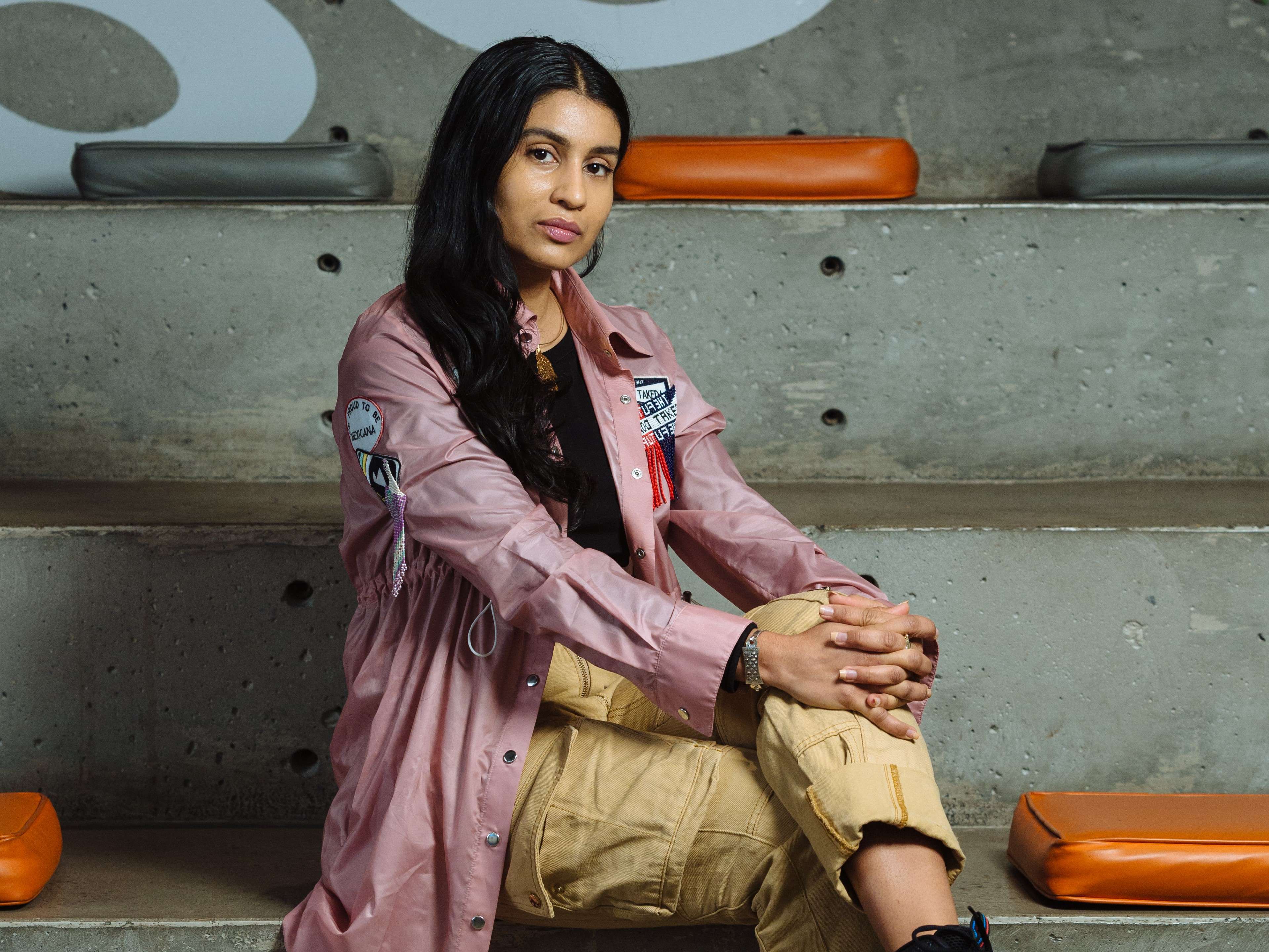