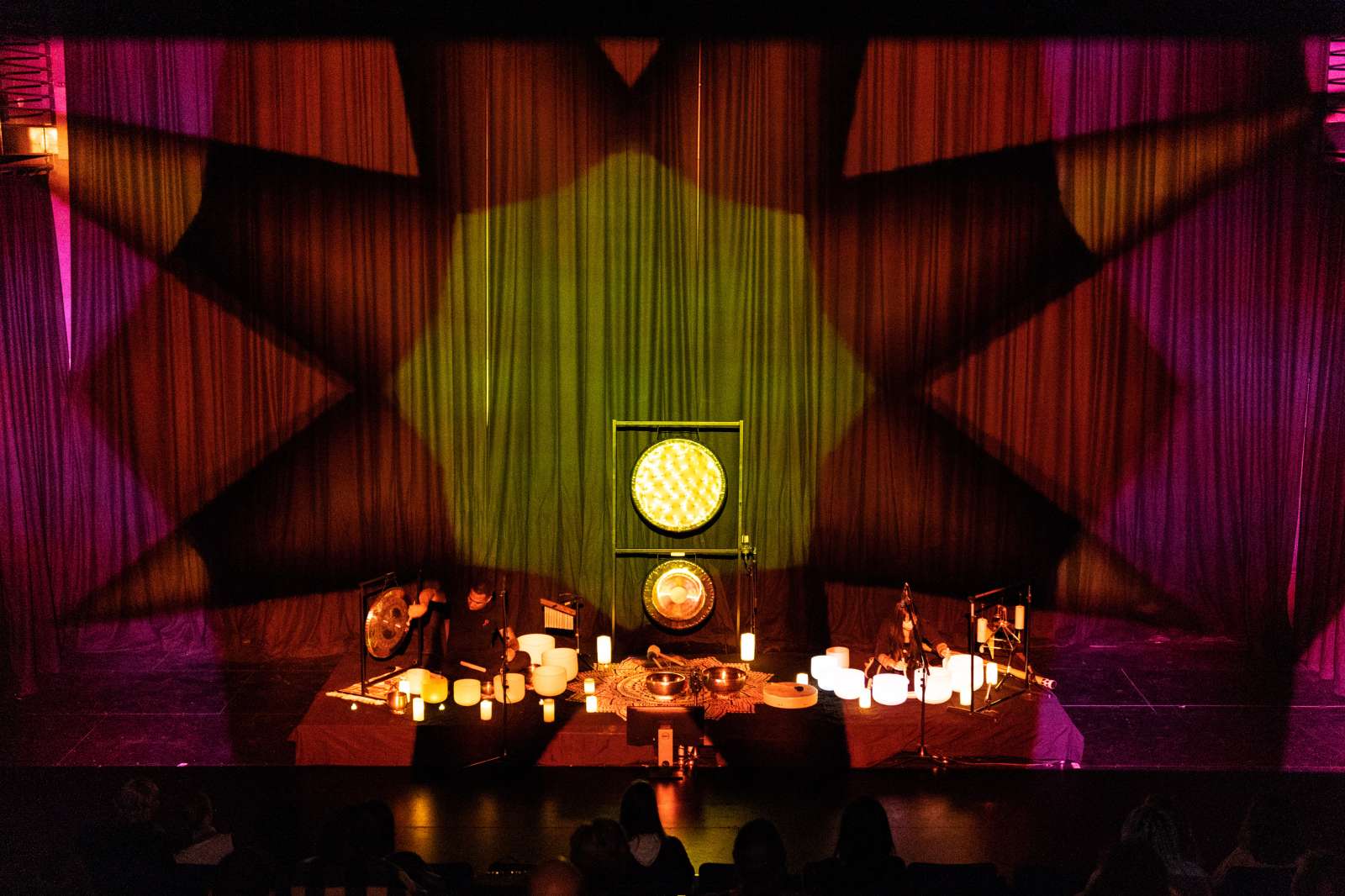 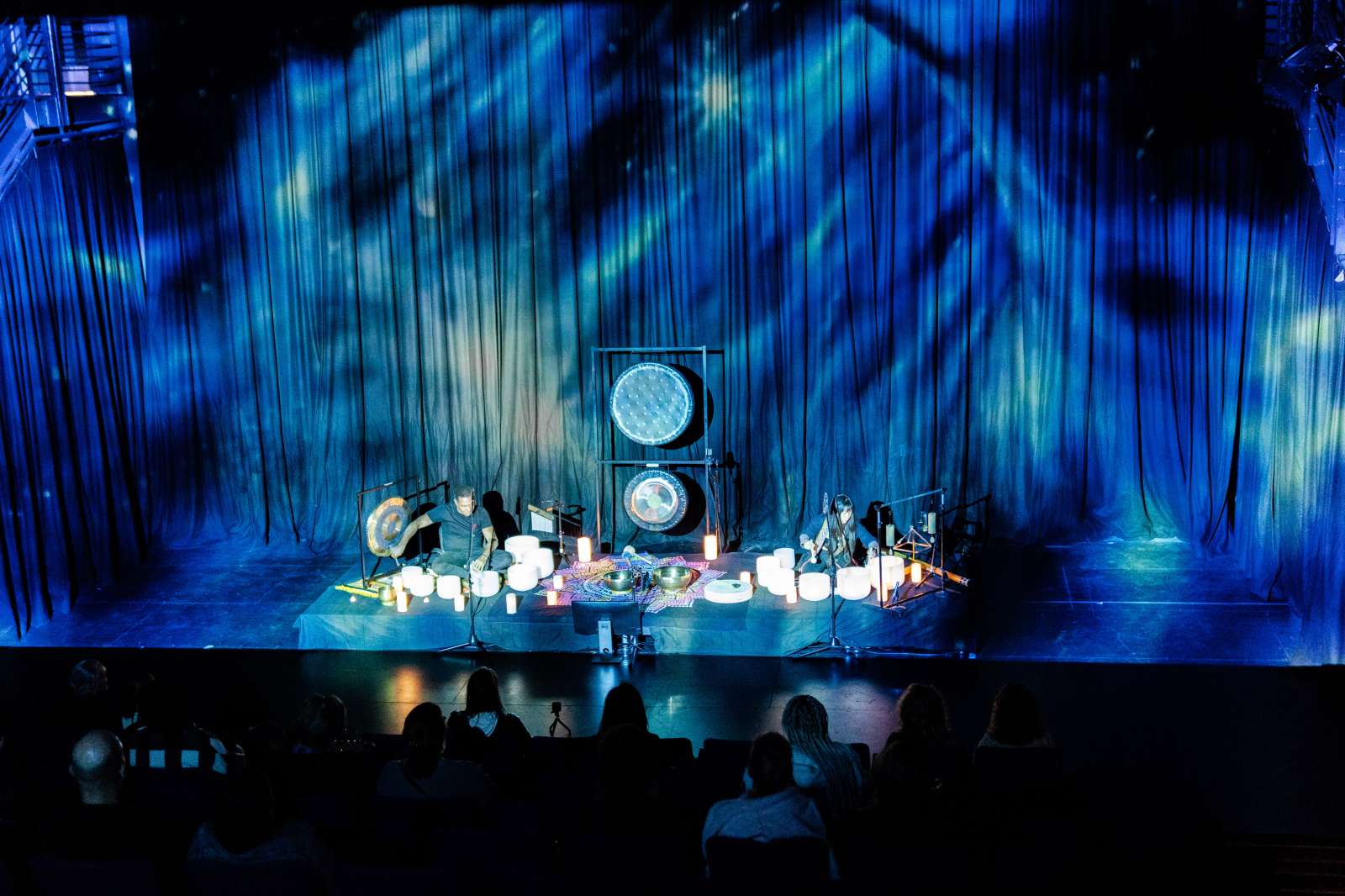 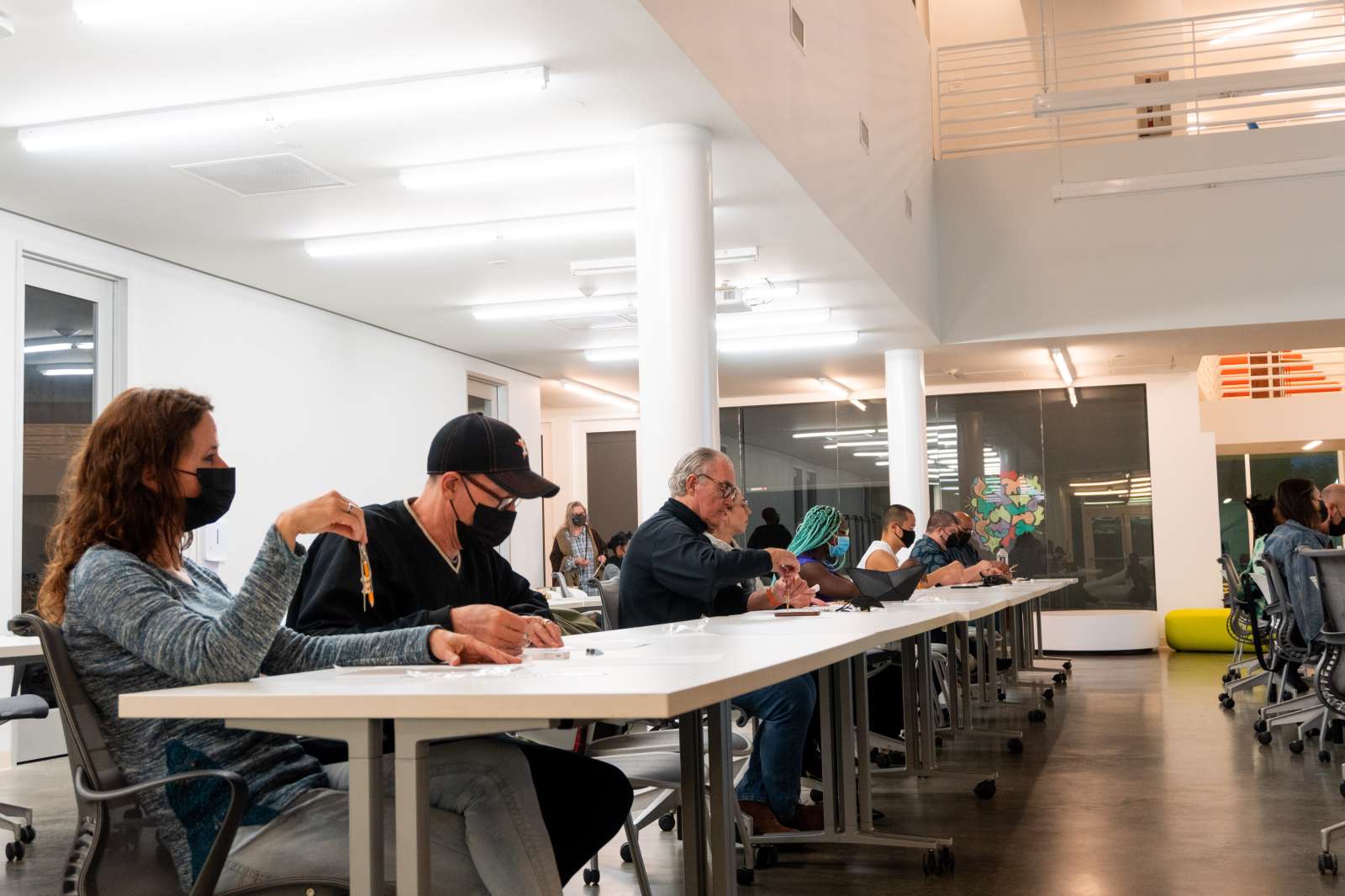 Community Engagement | Be a part of the next Moody Project Wall

Be a part of the artmaking process for our second iteration of the Moody Project Wall. On February 11 artist Reginald Adams will guide his Sacred Geometry Workshop from 6 - 7 p.m. followed by a healing sound bath in the Lois Chiles Theater. The soundwaves recorded at the event will be visually represented in Adams's mural for the Moody Project Wall, opening March 5. The event is free and open to the public.

Born in Cheyenne, WY in 1972, Reginald Adams is a self-taught artist whose practice focuses on murals, sculptures, and art installations located in historically underserved communities. He has most recently earned acclaim for his Juneteenth mural in Galveston and for mosaic monuments in Emancipation Park in Houston’s Third Ward. Adams has worked closely with students and community volunteers throughout his career, including as the Artistic Director of the Sacred Sites Quest initiative, originally organized by Rice University’s Boniuk Institute.