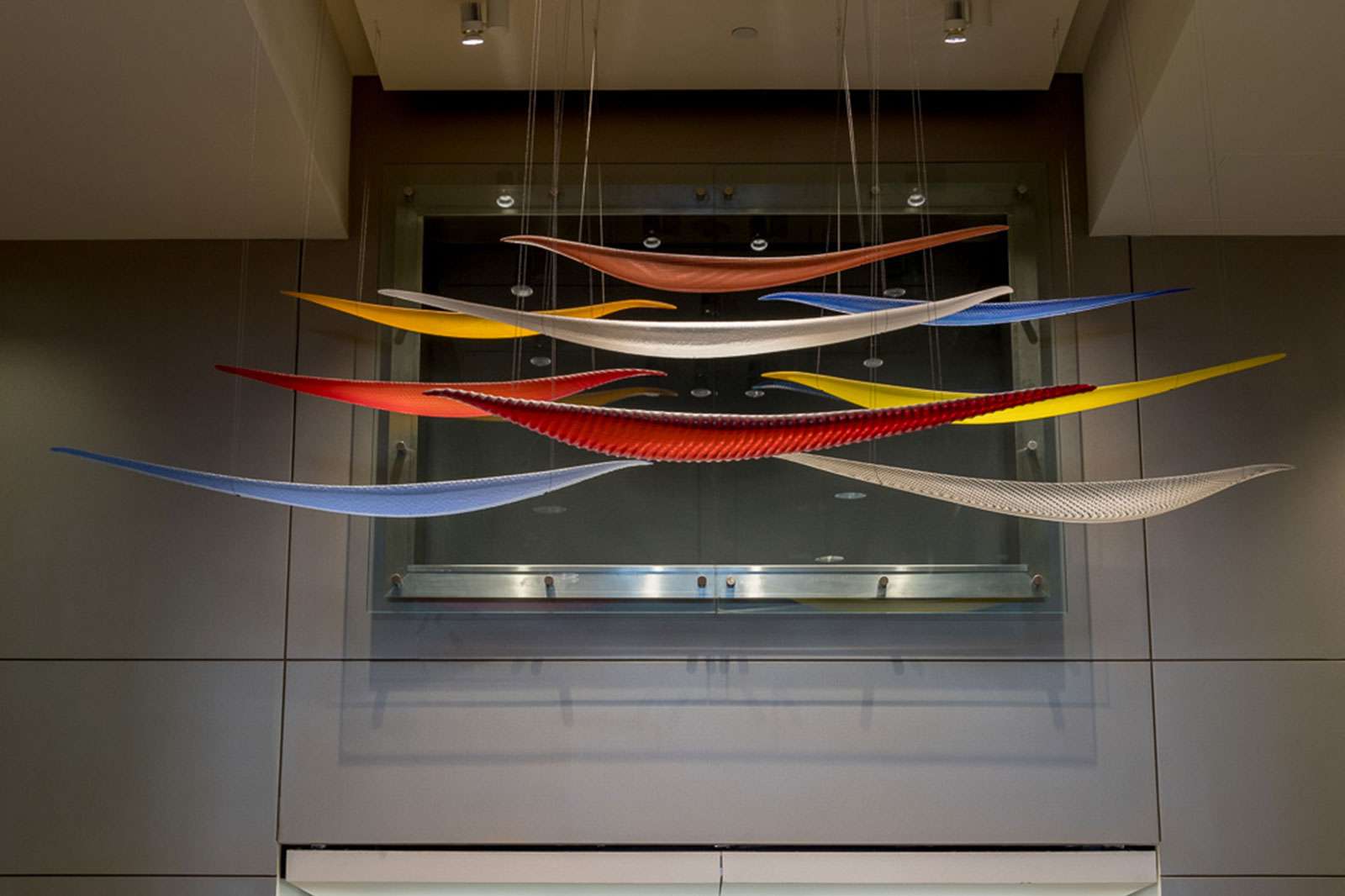 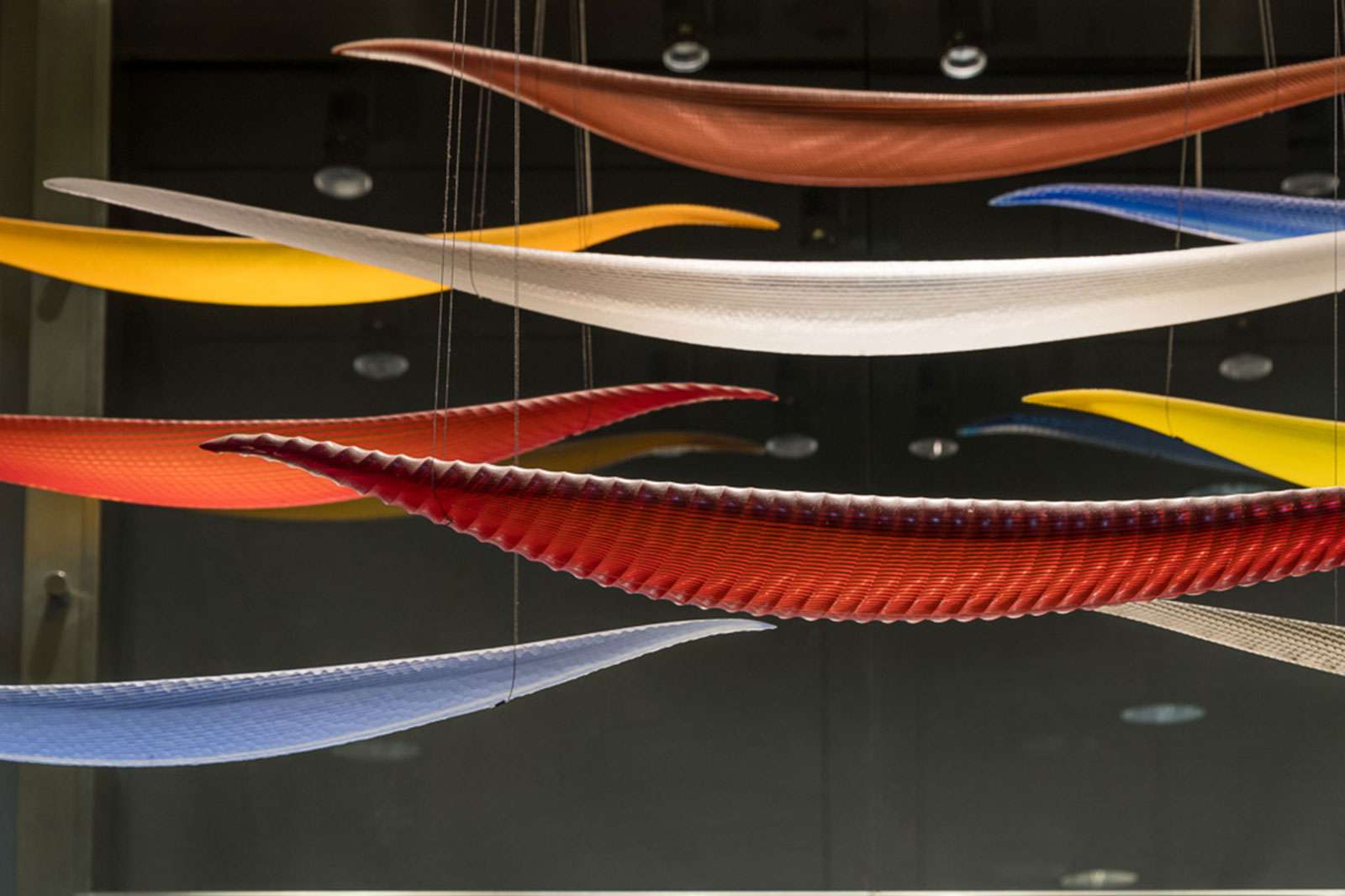 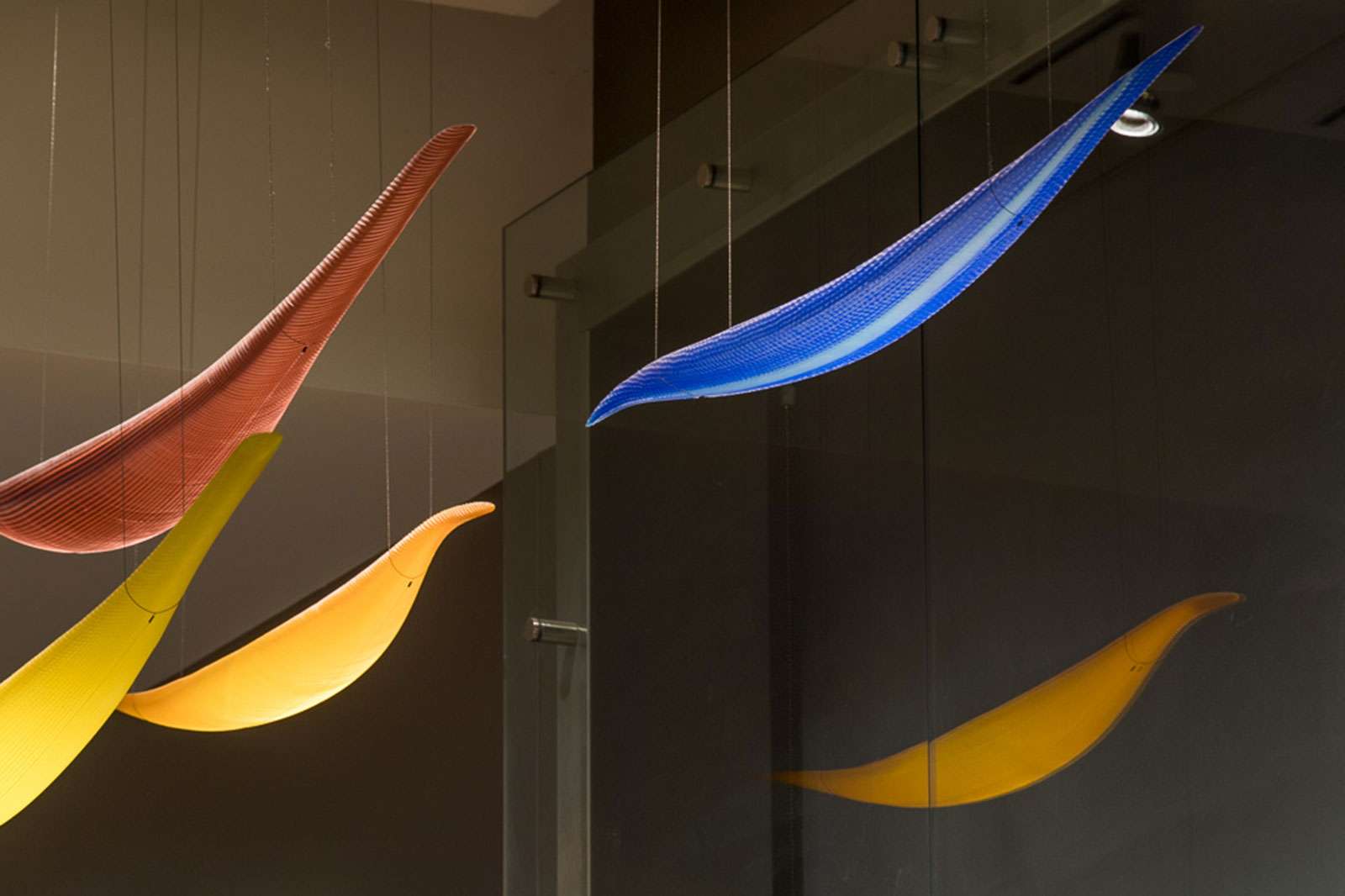 One of the world’s most important living glass artists, Lino Tagliapietra is a master of blown glass and a founding figure of the Murano glassmaking movement of the mid-20th century in Italy. A native of Murano, Tagliapietra has worked in Venice and the United States extensively in the last several decades. While the artist is a prolific and influential educator, Endeavor is Tagliapietra’s first public work commissioned by a university, thanks to the visionary generosity of Elizabeth and Albert Kidd. The installation consists of nine colorful hand-blown glass boats suspended from the ceiling of the Fondren Library lobby, a site carefully selected by the artist. The boats resemble the long, thin gondolas for which Venice is famous, with each piece of glass hand-detailed and blown by the artist, Tagliapietra considers library spaces “passageways for knowledge,” and in turn views the boats as providing passage to groundbreaking ideas and research for all who work in the space.

About the artist: Lino Tagliapietra (b. 1934, Murano, Italy) is a master glass artist and a pioneering figure in the Italian glassblowing renaissance of the second half of the twentieth century. Tagliapietra has worked as a master glassblower and designer at many glass studios, including Galliano Ferro, Venini, La Murrina, and Effetre International. He has taught at Rhode Island School of Design, Centre International de Recherche sur le Verre in Marseille, France, and the Toyama Art School, Japan. His work has been featured in exhibitions at the Venice Biennale, the Corning Museum of Glass, Danish Royal Museum, Palazzo Grassi, Seattle Art Museum, and the Victoria and Albert Museum, London. In 2007, Tagliapietra was elected to the American Academy of Arts and Sciences.