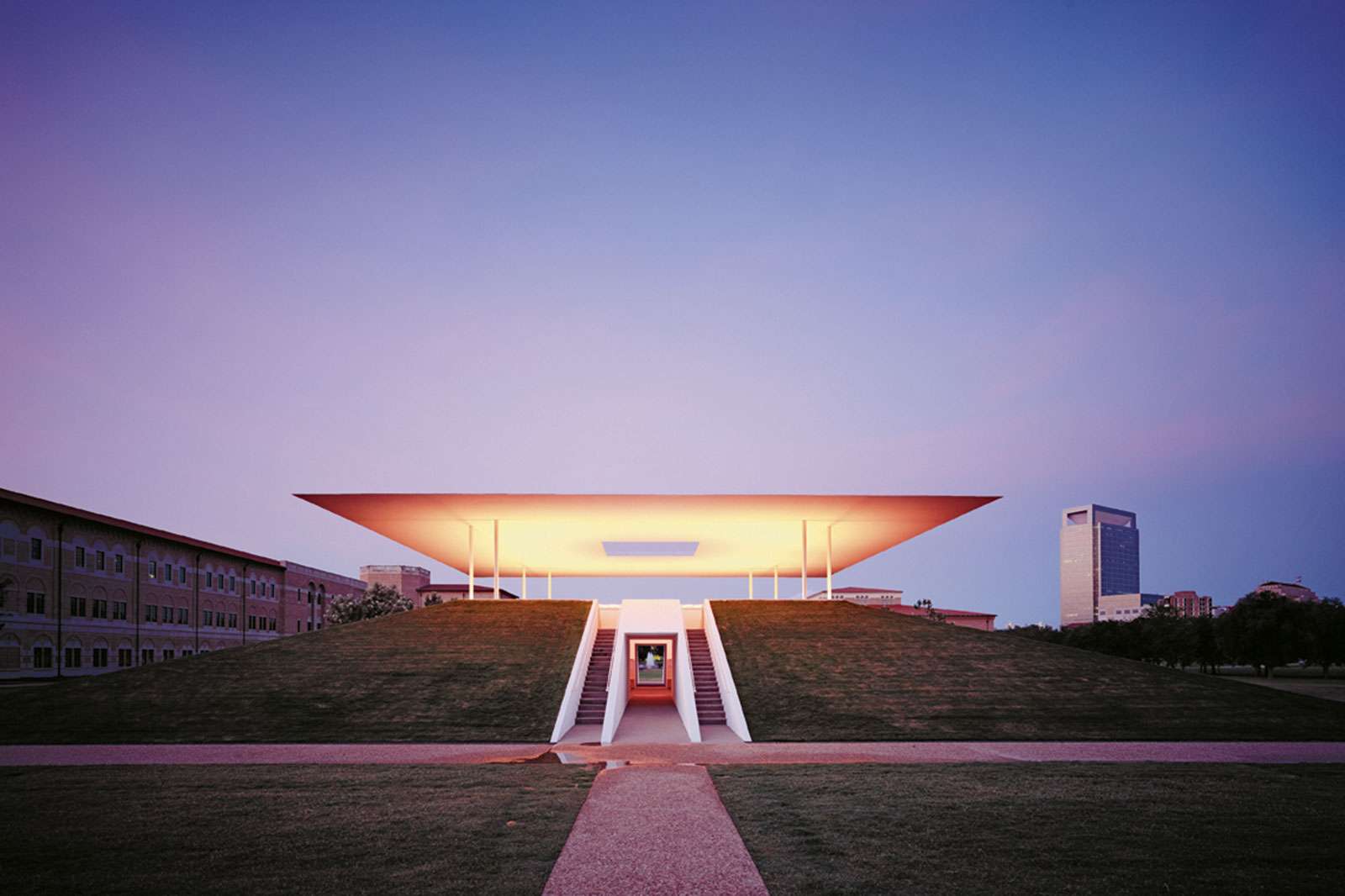 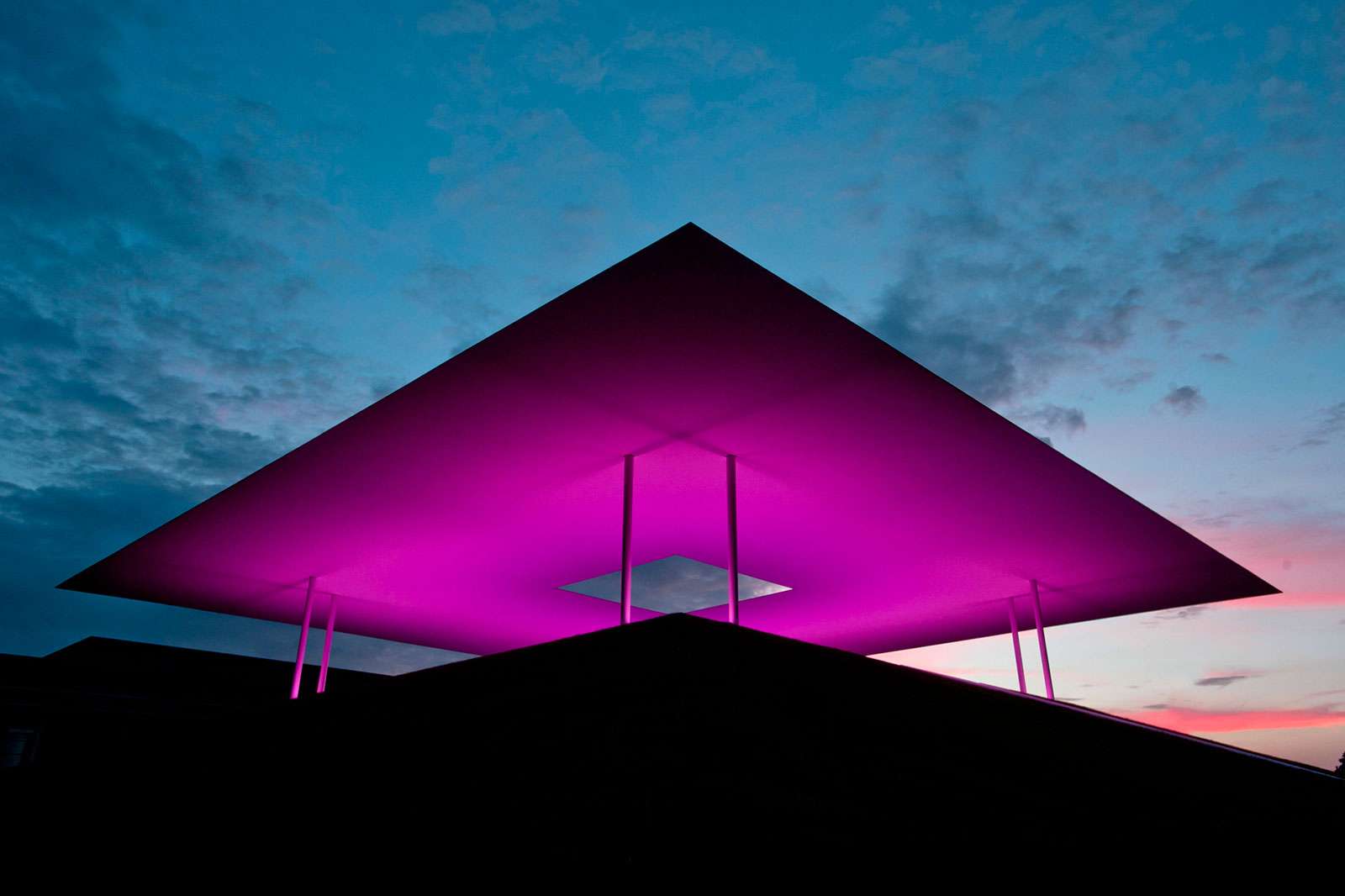 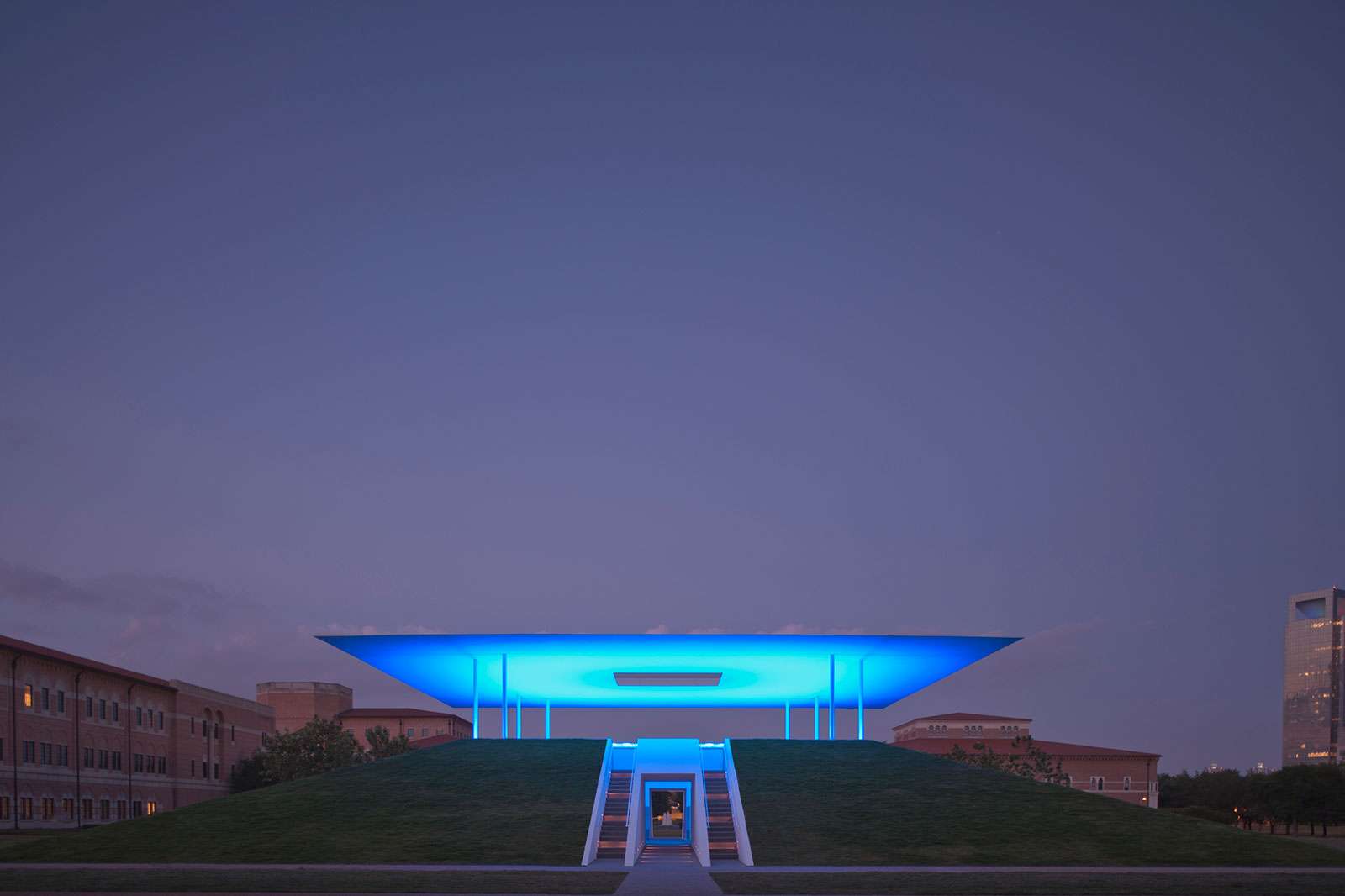 Twilight Epiphany, the James Turrell Skyspace at the Suzanne Deal Booth Centennial Pavilion, is Houston’s most iconic public artwork. Gifted to Rice by alumna Suzanne Deal Booth, who worked for the artist while in graduate school at New York University and helped him build the first Skyspace at MoMA PS1 in New York, Twilight Epiphany is the 73rd in Turrell’s groundbreaking series of light-filled architectural spaces. Six days a week, at sunrise and sunset, LED lights in the upper viewing area of the structure cast a slowly-changing spectrum of light against the pure white ceiling of the Skyspace, conflating the rich tones of cast light with the naturally-occurring, changing colors of the sky. As its title indicates, the physical and perceptual experience of Twilight Epiphany is both rare and spectacular.

The Turrell Skyspace at Rice is unique among the more than 85 Skyspaces the artist has designed and built throughout the world. Standing adjacent to Alice Pratt Brown Hall, home of the Shepherd School of Music, Twilight Epiphany is the first Skyspace to be engineered for acoustics, both for live performances and electronic music, and it serves as a performative laboratory for Shepherd School students, faculty, and visiting artists. The structure accommodates 120 people across two floors and is the only two-story Skyspace in the world. Twilight Epiphany receives an estimated 20,000 visitors a year. Reservations for sunrise and sunset light are not required. For more details about Twilight Epiphany, visit skyspace.rice.edu.

About the artist: James Turrell (b. 1943, Pasadena, CA) is the most active and influential artist of light and space in the world. For more than forty years he has used light and space to enhance and examine the limits of human perception. The artist received his BA at Pomona College, studied at the University of California, Irvine, and earned his MA in Art at Claremont Graduate University. Turrell is the recipient of some of the most prestigious awards and fellowships in the fields of both art and architecture, including a 1984 MacArthur Fellowship, a Guggenheim Fellowship, a 2013 National Medal of Arts, and awards from the National Endowment for the Arts, the American Academy of Arts and Letters, the American Academy in Rome, and Le Medallion de la Ville de Paris, among many other achievements.

His work has been the subject of more than 150 solo exhibitions worldwide since 1967, including his 2013 career survey which spanned three museums: Solomon R. Guggenheim Museum, New York; Los Angeles County Museum of Art (LACMA); and Museum of Fine Arts, Houston. Since 1972 Turrell has been transforming Roden Crater, an inactive volcano cinder cone in Arizona’s Painted Desert region, into an unprecedented large-scale artwork for the observation and contemplation of light, time, and space. Permanent public installations of Turrell’s works are on view at MoMA PS1, the Museum of Fine Arts, Houston; Museum für Moderne Kunst, Frankfurt am Main, Germany; and the Panza Collection in Varese, Italy, among many other locations. Turrell lives and works in Flagstaff, Arizona.