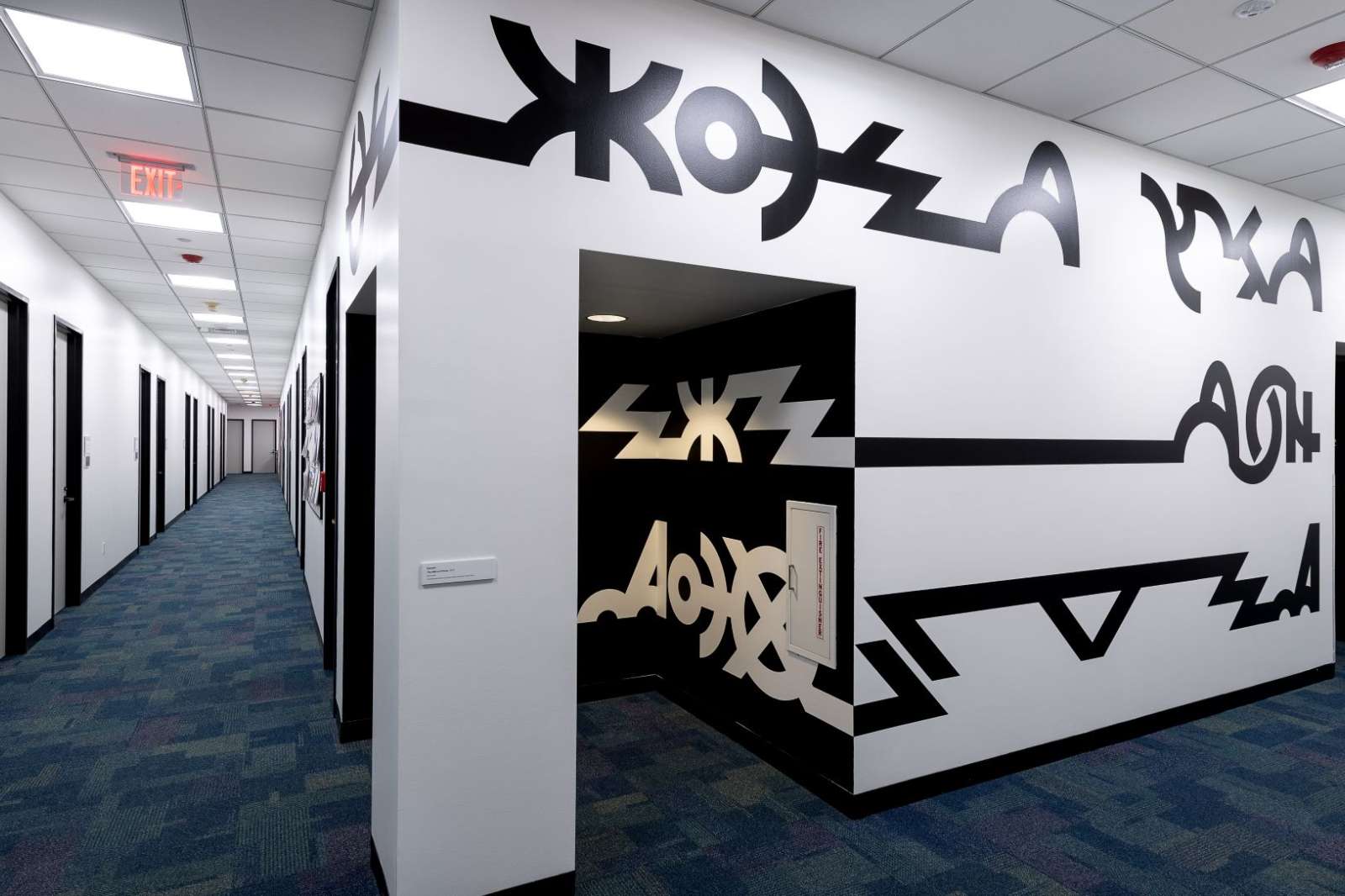 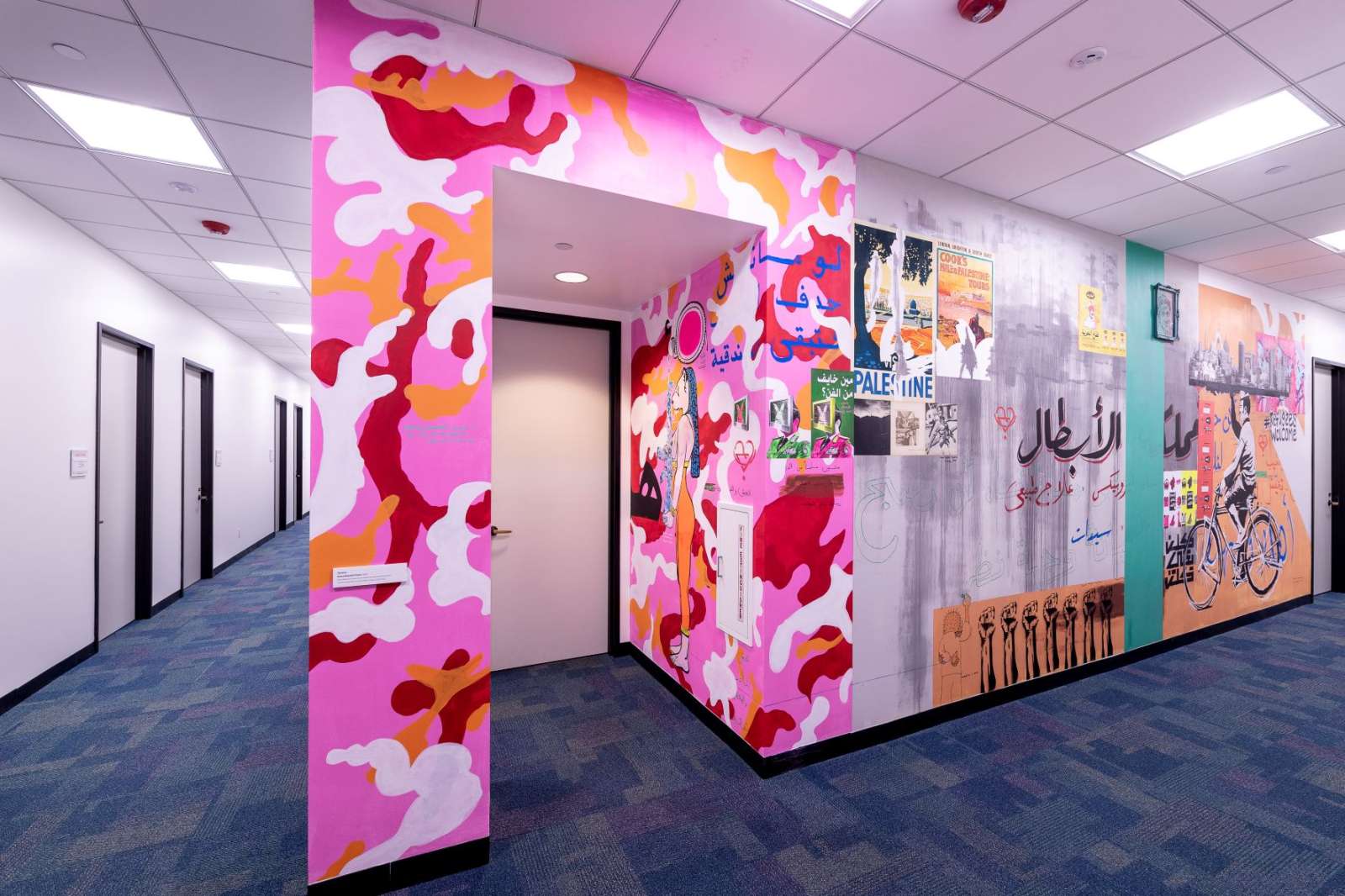 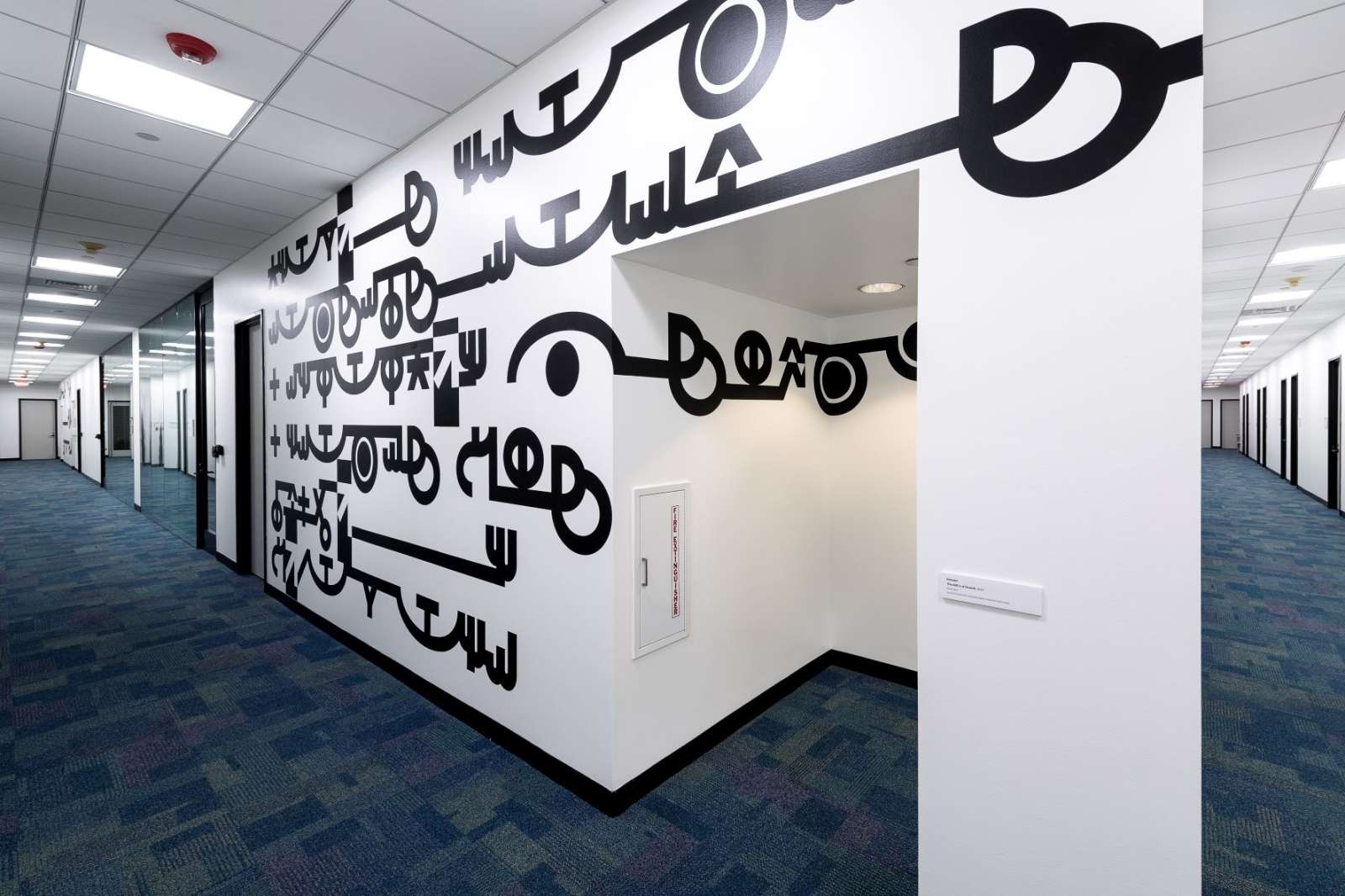 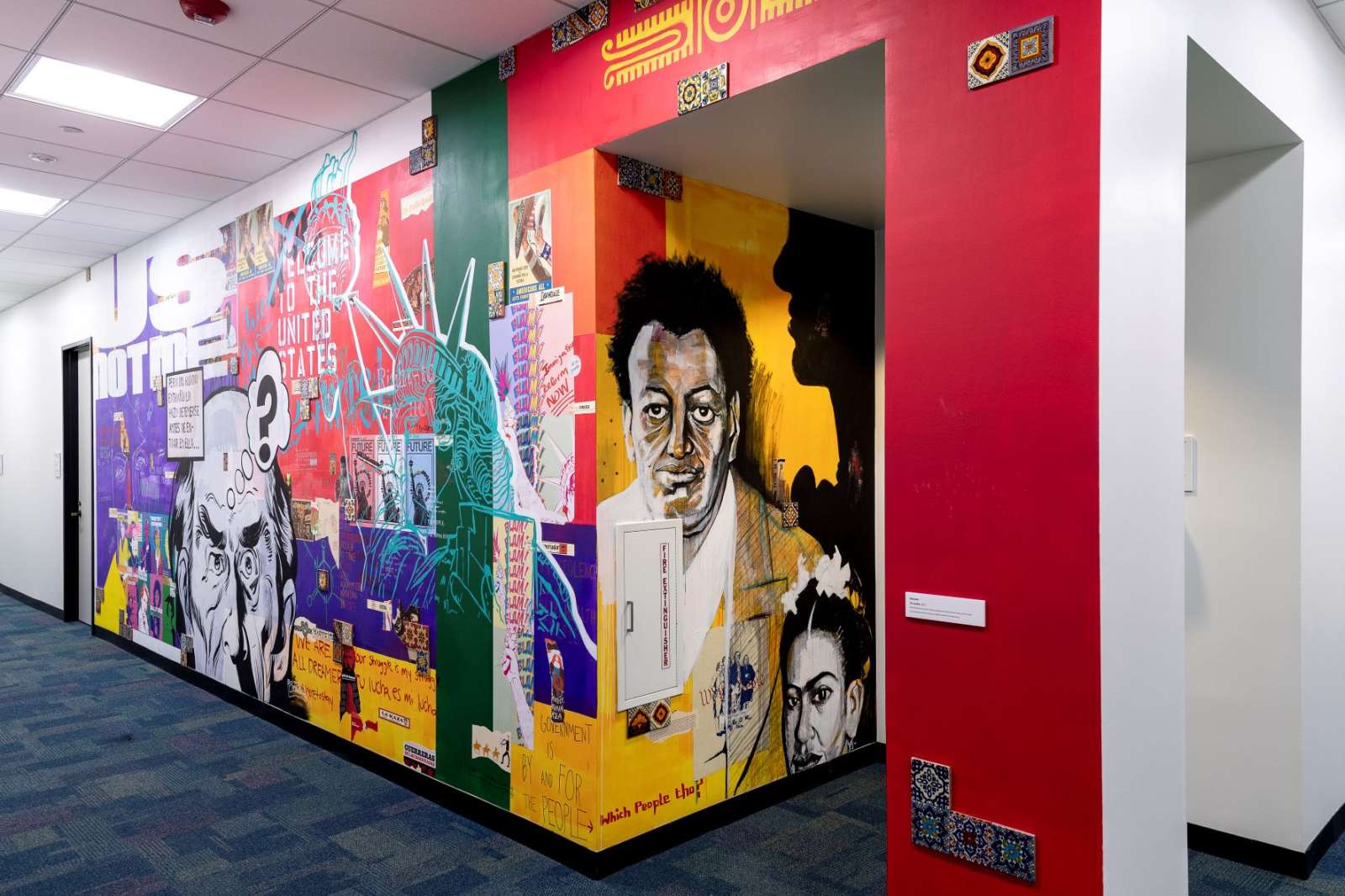 The ABC's of Growth
Acrylic on Wall

The ABC's of Power
Acrylic on Wall

The artist Ganzeer (b. 1982, Giza, Egypt) is known for his multifaceted work that reflects on timely issues, ranging from immigration, and geopolitics to the environment. Using powerful visual elements, he blends art, design, and storytelling. Through diverse media, from comic books, graphic design, painting, and pamphlets to murals and installations, Ganzeer creatively addresses difficult topics, expressing his ideas through bold lines, images, and colors, while appealing to the universal values of peace, freedom, and equality.

The artist was commissioned to create four site-specific murals on the second floor of Rice University’s Baker Institute for Public Policy to echo the Institute’s overall mission of providing a non-partisan platform “to build a bridge between the world of ideas and the world of action.”

Ganzeer chose to create a dual design: two walls feature layers of colorful media, and two walls adhere to a black and white composition. Together, all four murals respond to the work of the research and policy centers located nearby.

The mixed-media walls, Tu Lucha and Every Beautiful Poem were inspired by the uprising in Cairo in 2011-2013. During that period of upheaval, the walls of the city became the most immediate means of expression for the Egyptian people, representing the unfiltered reactions to current events through visuals and words. Ganzeer created the two multilayered murals on view here by superposing acrylic paint, vintage posters, Mexican comics, and other materials, and he invited Fellows at the Baker Institute to participate by inscribing ideas, thoughts, or quotes on the walls. In proximity to the Center for the Middle East, and the Center for the United States and Mexico, numerous visual references speak to the rich and diverse cultures of those geographic areas, and highlight seminal figures in literature and the arts, including Frida Kahlo and Diego Riviera, and in science, such as Grace Hopper, Chien-Shiung Wu, Dorothy Hodgkins, and others. The sometimes stark images also reflect on propaganda, the use of weapons, and racial stereotypes. Images of Cairo, various urban sites in the Middle East, religious edifices, including mosques and minarets, as well as community settlements such as a kibbutz, reflect the wide-reaching research of the Baker Institute. Despite the visual cacophony, the works are united by overarching themes that convey a message of multiplicity, acceptance, and peace.

For the walls The ABC's of Growth and The ABC's of Power, close to the McNair Center for Entrepreneurship & Economic Growth, the Center for Public Finance, and the Center for Energy Studies, Ganzeer conceived a strictly black and white design, made of various pictograms inserted into an invisible grid. Partially inspired by hieroglyphs—stylized images of an object representing a word, syllable, or sound—Ganzeer used images, such as a bee or a tree, to conceive an original abstract visual language that symbolizes the research focus on "growth" and "energy" and spells out the names and missions of the centers.

About the artist: Ganzeer (b. 1982, Giza, Egypt) worked as a graphic designer before he turned to the visual arts and had his first exhibition in 2007. He had a variety of art residencies in the Netherlands, Poland, Germany, and Jordan in the following years. In 2011, he began to create political street art in Cairo during the Arab Spring. Through his bold and provocative murals made during that period, Ganzeer called out oppression and violence against the Egyptian people. His art continues to bear witness to the social and political upheaval of our time. He chose the name “Ganzeer” (bicycle chain in English) to express his belief that artists can propel ideas and drive change.

Ganzeer has exhibited widely and his work has been shown in various institutions, including The Brooklyn Museum, New York; The Palace of the Arts, Cairo, Egypt; the Greek State Museum, Thessaloniki, Greece; the Victoria & Albert Museum, London, United Kingdom; and others. He moved to the United States in 2014 before relocating to Houston in 2019. In 2020 he created a large-scale project for Rice University’s Moody Center for the Arts, titled It Takes a Village, that embraced the architecture of the building while explicitly responding to the COVID-19 pandemic.