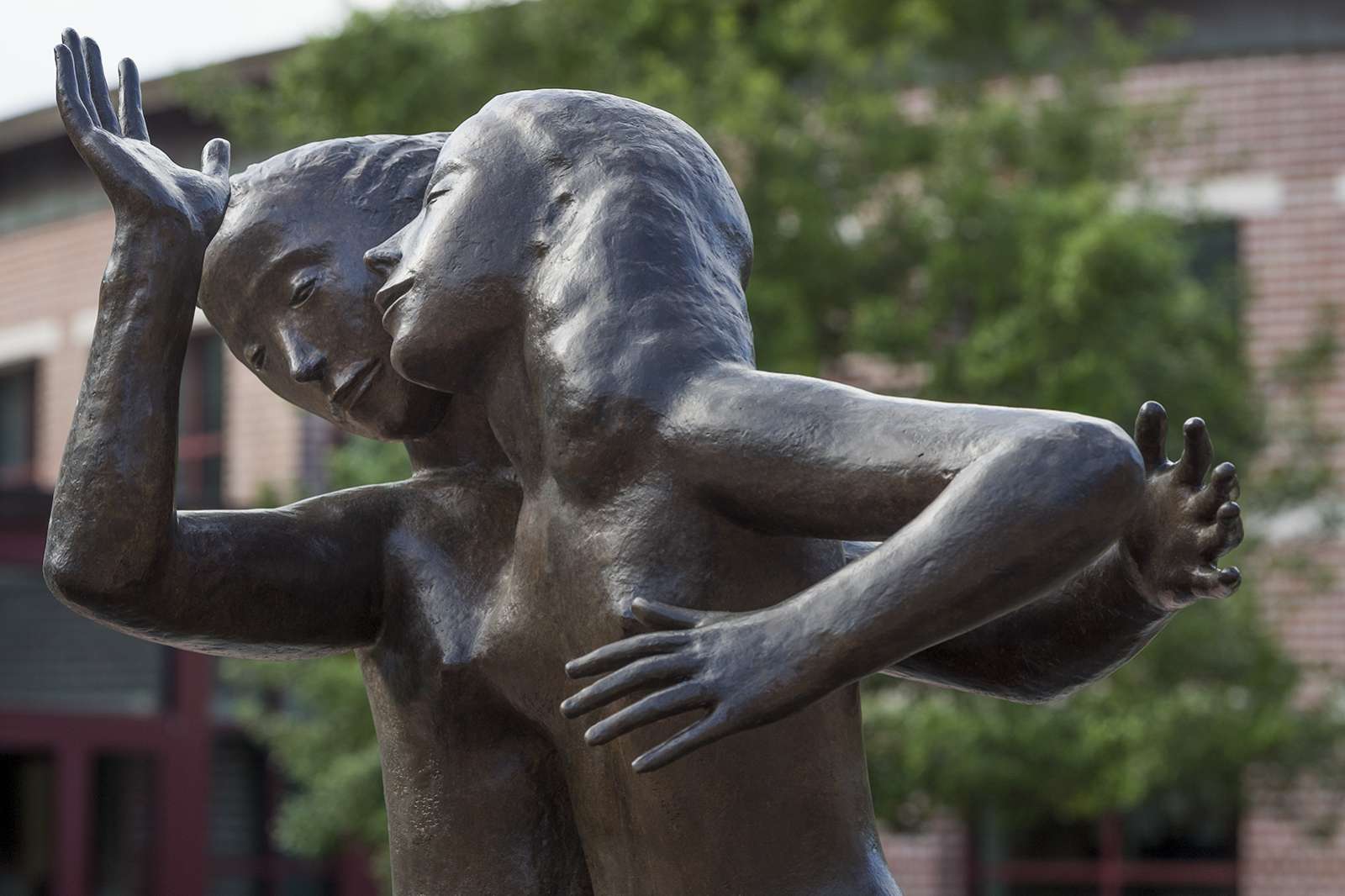 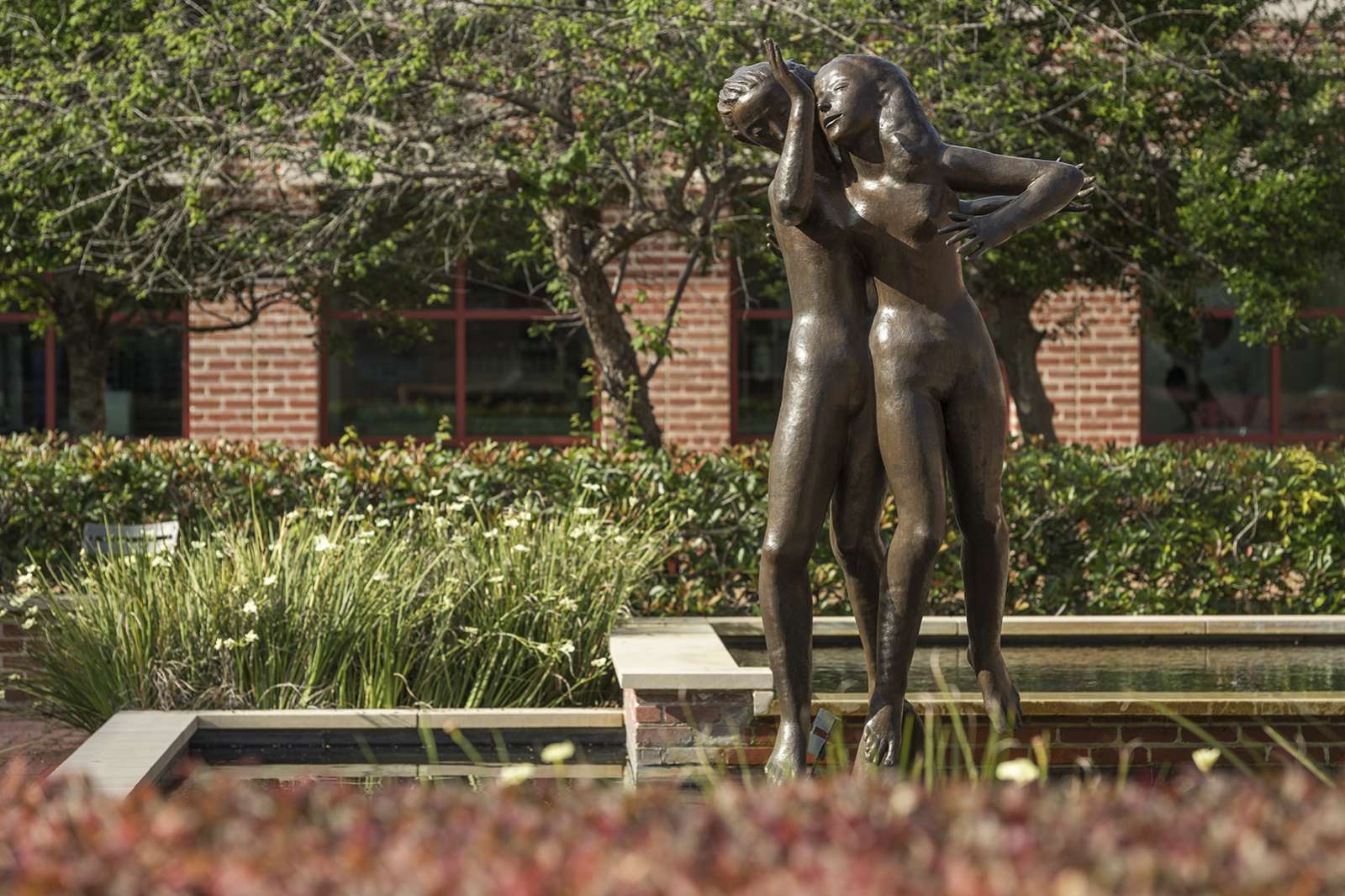 Floating above fountain pools in an Alfred Gregory Catlow-designed garden between Jones and Brown Colleges, this bronze work depicts two sisters meeting in heaven. The fountain’s spray fluctuates and nearly conceals the two young girls at its full height. The bronze sculpture is a section from a larger fountain group called Fountain of Faith cast by Billedhuggernes Broncestøberi in Denmark. This version, one of five worldwide, was cast in 1969 and brought to Rice that year as a gift in memory of Mary Ellen Hale Lovett. The Sisters is the first work of public art gifted to Rice.

About the artist: Carl Milles (1875-1955) was a prominent Swedish artist known for his figurative sculptures and large-scale fountains. He studied art in Paris and later immigrated to the United States in the 1930s as a resident sculptor at the Cranbrook Academy of Art in Michigan. His works can be found in public spaces such as Rockefeller Center in New York City and the National Memorial Gardens in Virginia. Inspired by traditional and religious motifs from Ancient Greek, Roman, and Swedish history, Milles used hidden steel constructions to combine heavy materials such as granite and bronze with light materials such as water and air to create fountains and figures that appear to float. His private residence and workspace in Sweden, called Millesgården, was turned into a foundation and donated to the Swedish public in 1936.