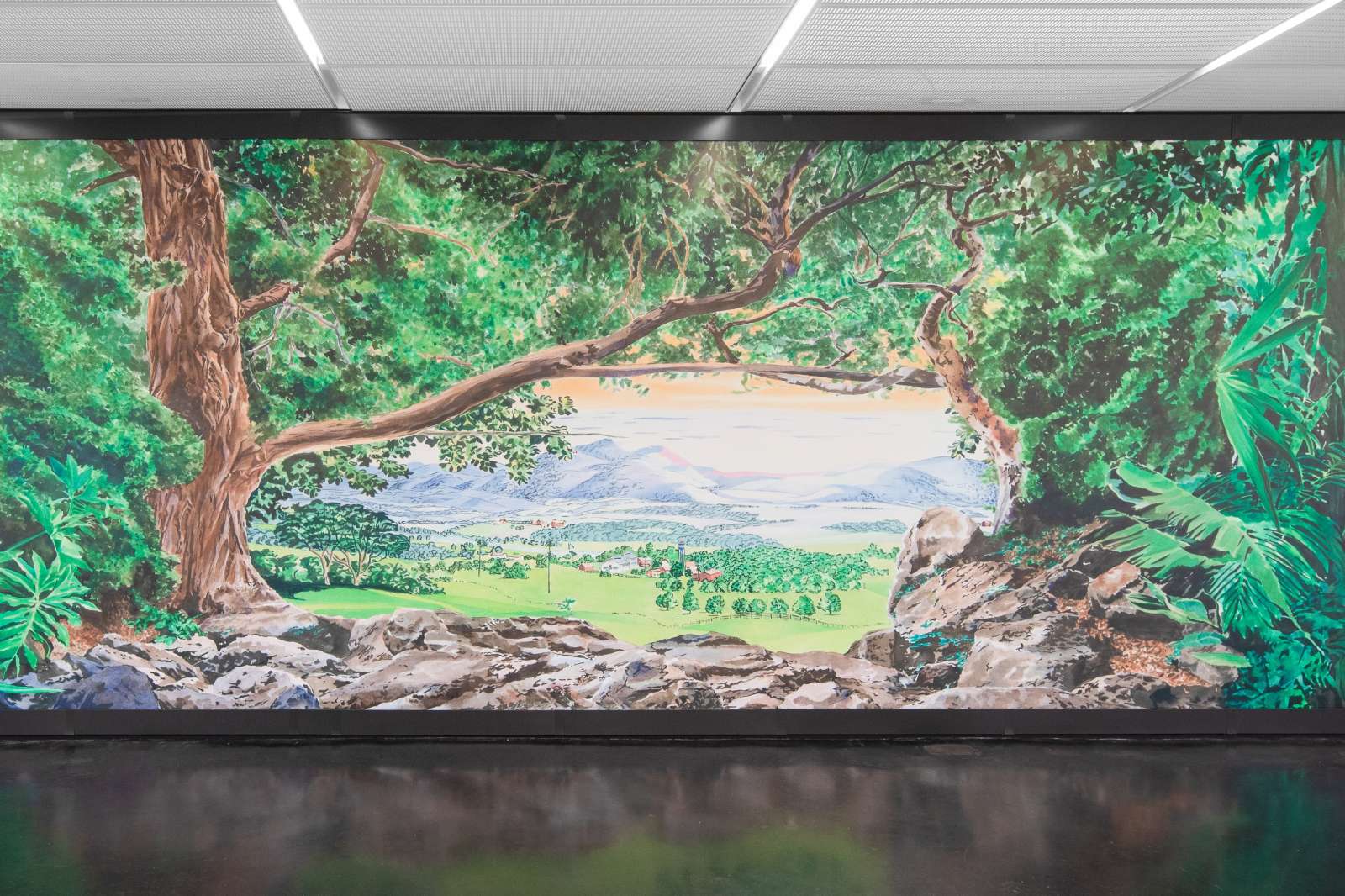 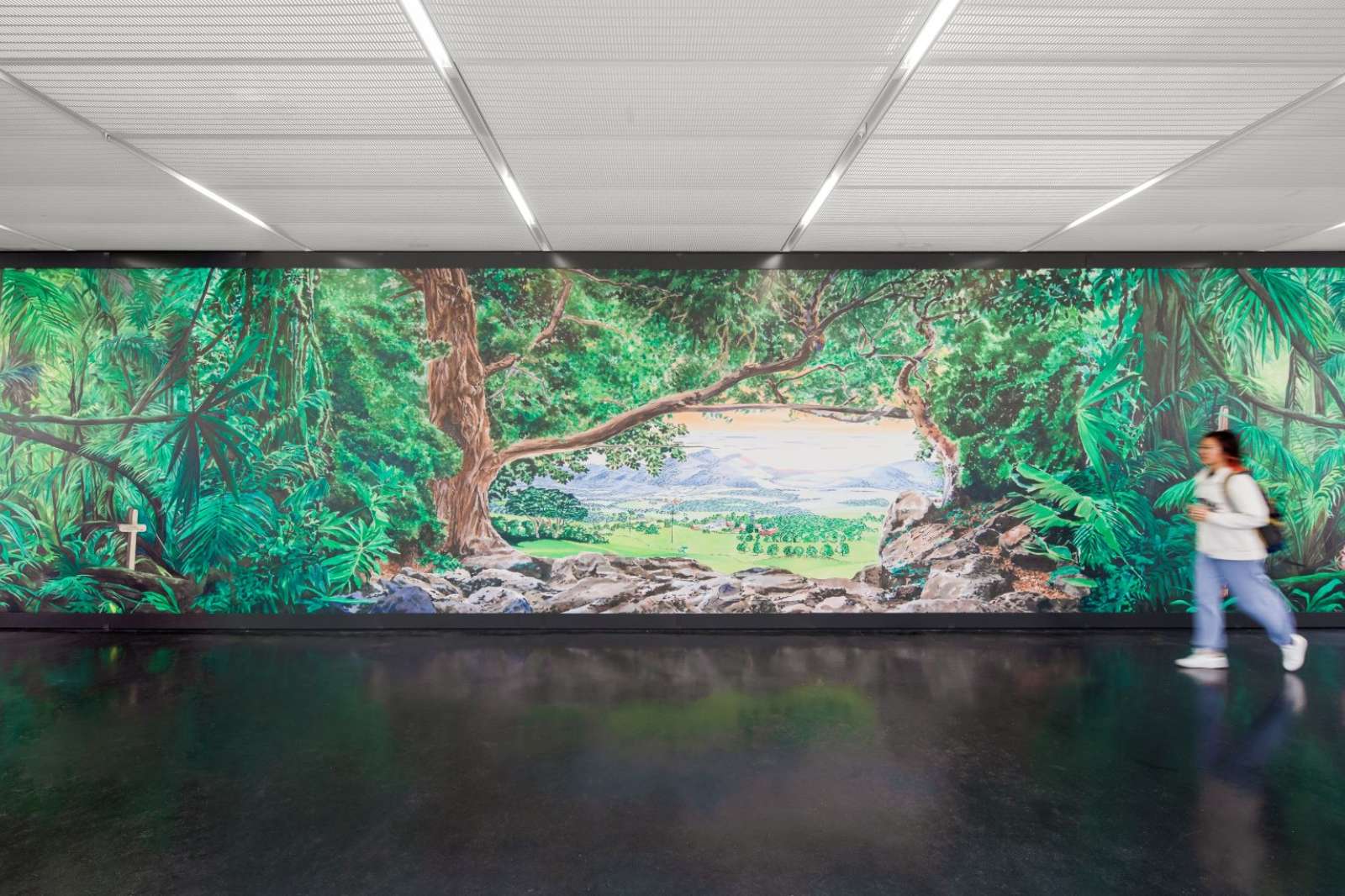 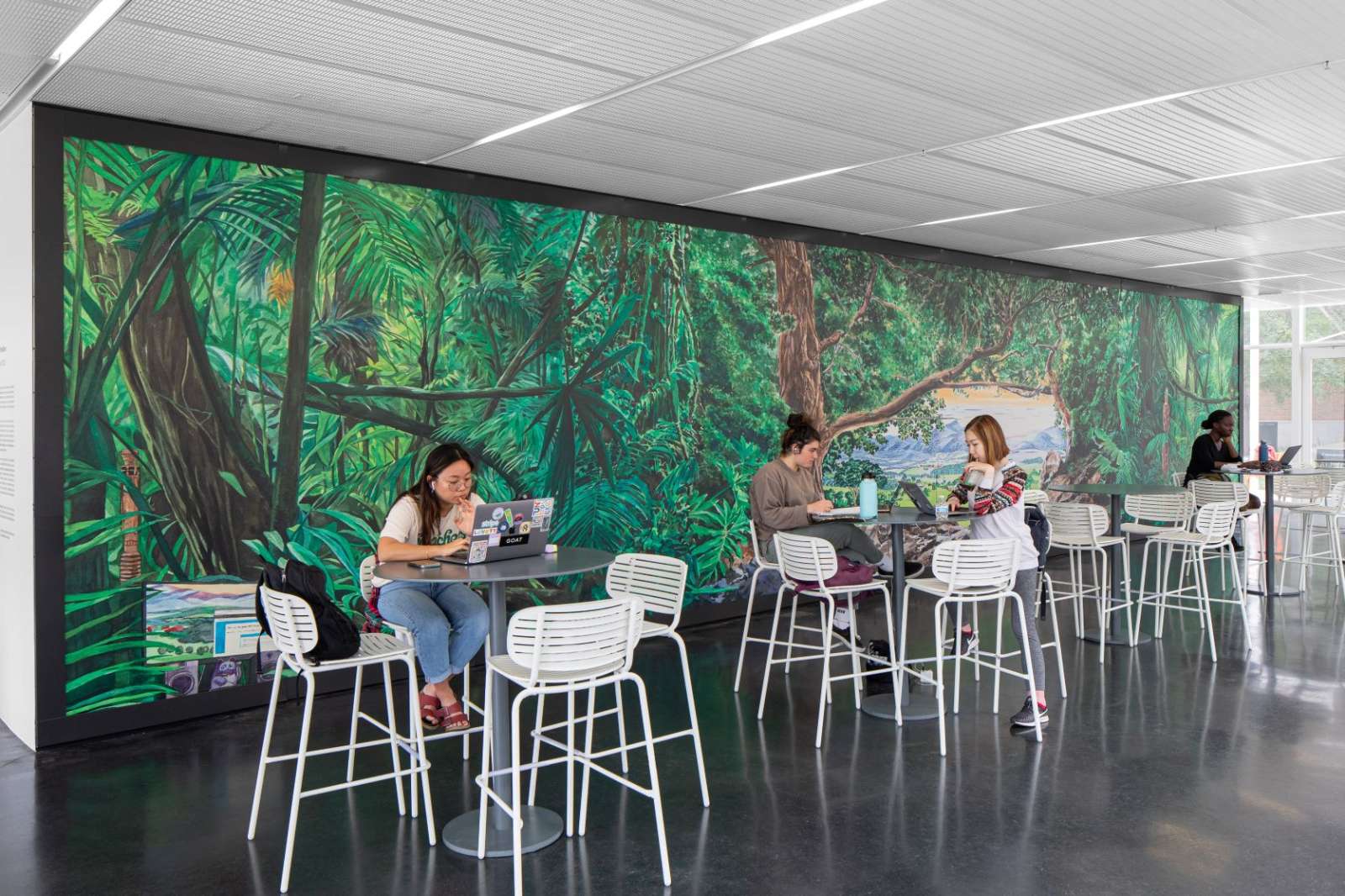 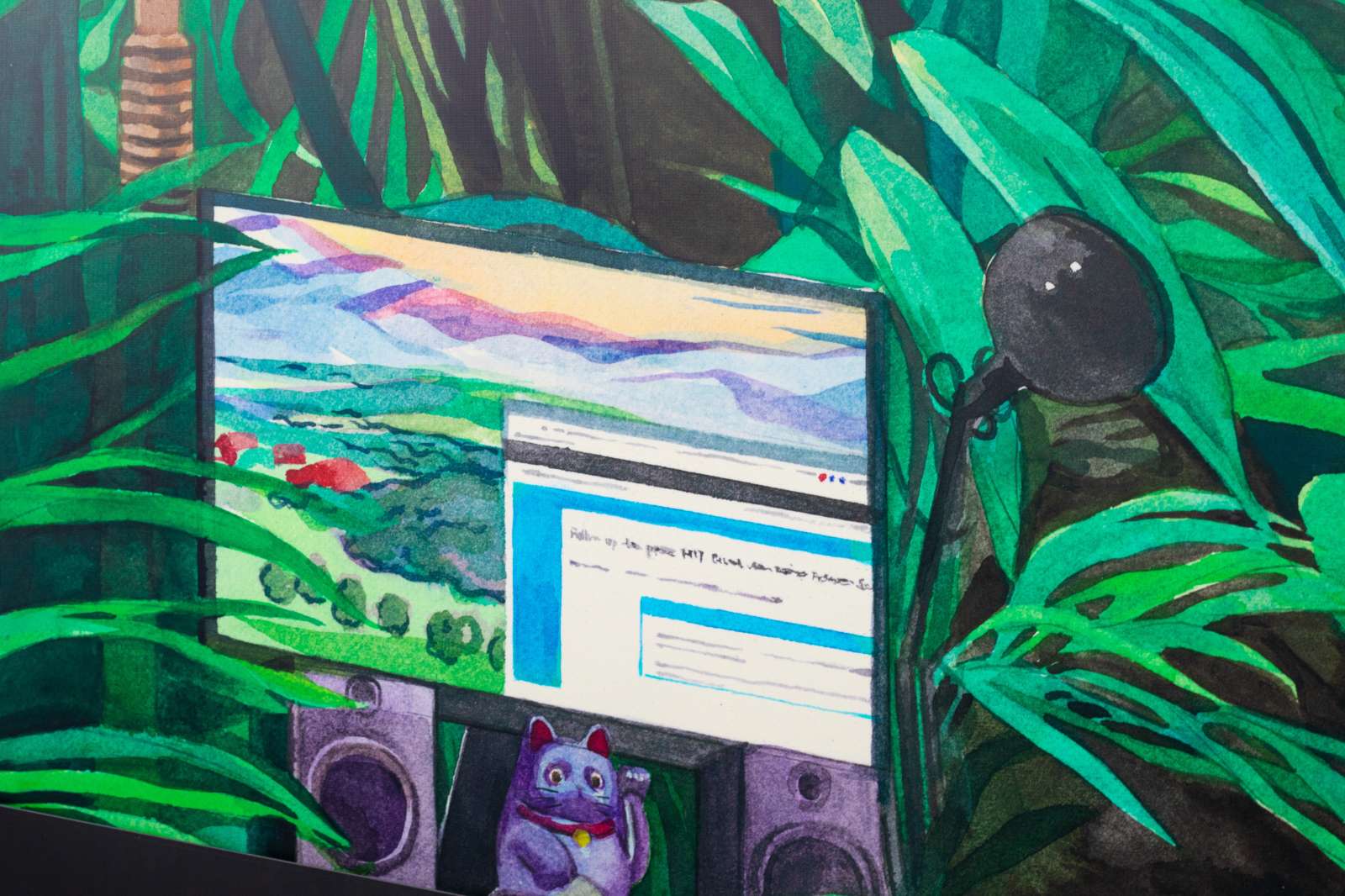 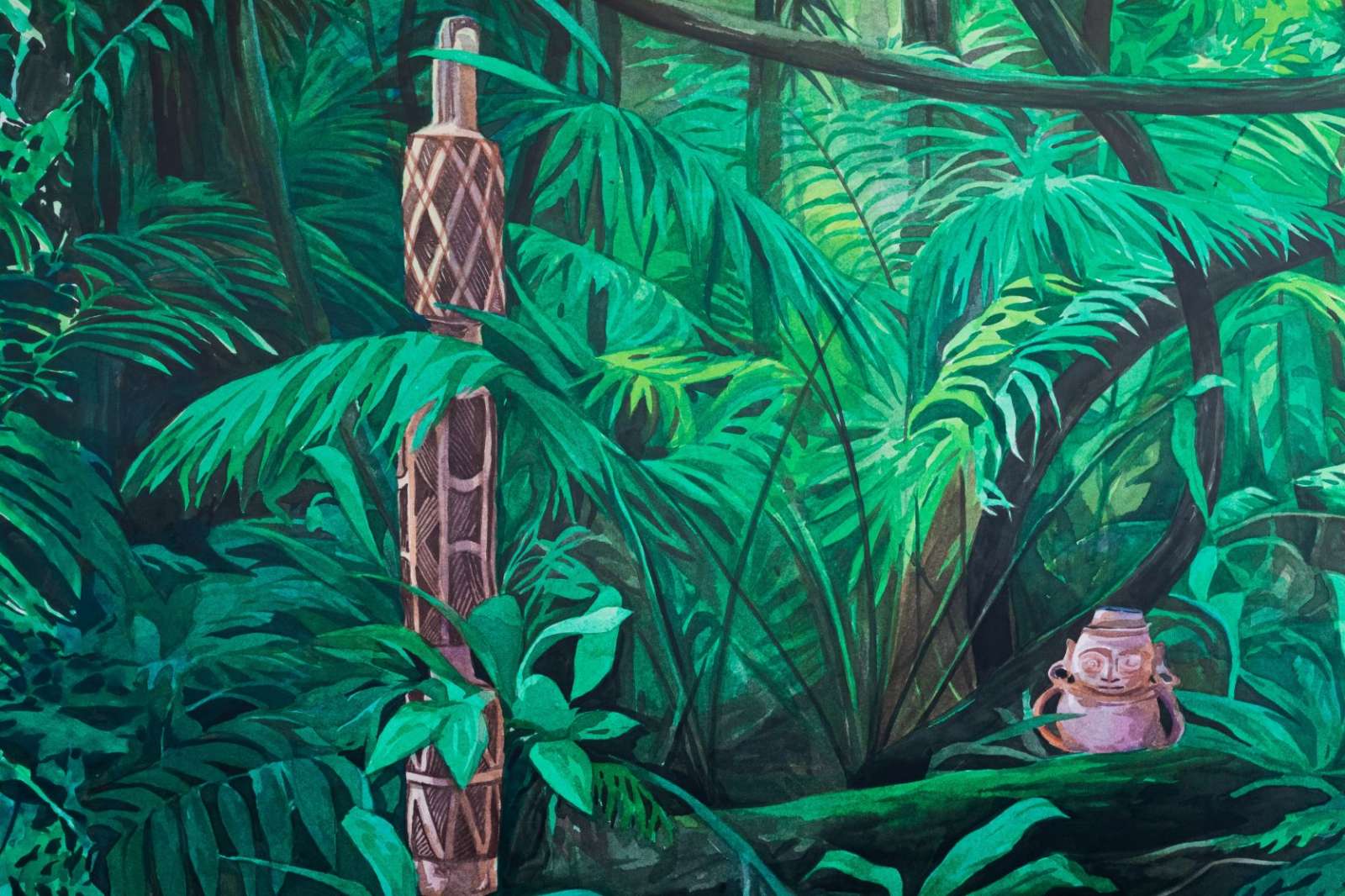 Interdisciplinary artist Danielle Dean examines industrial manufacturing and commercial marketing practices to explore the extent to which they are informed by more or less hidden ideological, political, or capitalist agendas. Drawing from the aesthetics and history of advertising, she uses archival materials such as animated movies, slogans, and posters from political events and marketing techniques, as starting points for her video and multimedia installations that investigate how technology, architecture, and media can be used as tools of subjugation and oppression.

Death Drive is comprised of a large banner that mimics, in format and scale, billboards used in roadway advertisements. In the center of the composition, Dean features an image of Fordlandia, a utopian city imagined by the American automobile maker Henry Ford and built in the rainforest in northern Brazil in the 1920s. The site was modeled after the Midwestern farm towns of Ford's childhood, with Western industrial production, labor, and social norms that didn’t acknowledge or correspond to the local indigenous biodiversity and culture. Despite allegedly providing health care and decent wages, Ford’s imposed cultural assimilation of Brazilian workers led to a revolt in 1930, and the settlement was abandoned shortly after.

The idea for the work was triggered by the artist’s research at the archives of Ford Motor Company in Detroit. The center composition is based on two historic car advertisements, one for Ford Lincoln (1940) and one for the New Ford Explorer (2015).  This image, originally executed as a watercolor painting, was extended laterally by two scenes, also painted in watercolor. These additions reproduce Brazilian vegetation, populated with various indigenous burial artifacts and a computer screen. Each section was scanned and combined to produce the digitized rendering now on display. As seen here, Dean reconnects the geographies materially integrated by Ford’s global production line but ideologically disconnected and ignored in the corresponding commercial imagery for the auto manufacturer.  The work highlights the environmental repercussions of car production and advertising and how these practices have long relied on exploiting other geographies and peoples.

About the artist: Danielle Dean (b. 1982, Huntsville, AL) grew up between the United States and the United Kingdom. She received a BFA from Central Saint Martins College of Art and Design, London, in 2006, and an MFA from the California Institute of the Arts in 2013. Her residencies have included the Whitney Independent Study Program, New York, the Skowhegan School of Painting and Sculpture, Maine, and she was a core fellow at the Glassell School, Houston, in 2014–16.

Off the Wall at the Brochstein Pavilion is a partnership between the Moody Center for the Arts and the Core Residency Program at the Glassell School of Art at the Museum of Fine Arts Houston. The series commissions Core residency program alumni to create a site-specific installation for this space that will be on view for one year.

Off the Wall: Danielle Dean is organized by Frauke V. Josenhans, Curator, Moody Center for the Arts. It is made possible by Leslie & Brad Bucher and by Susan Brochstein in memory of Raymond Brochstein. 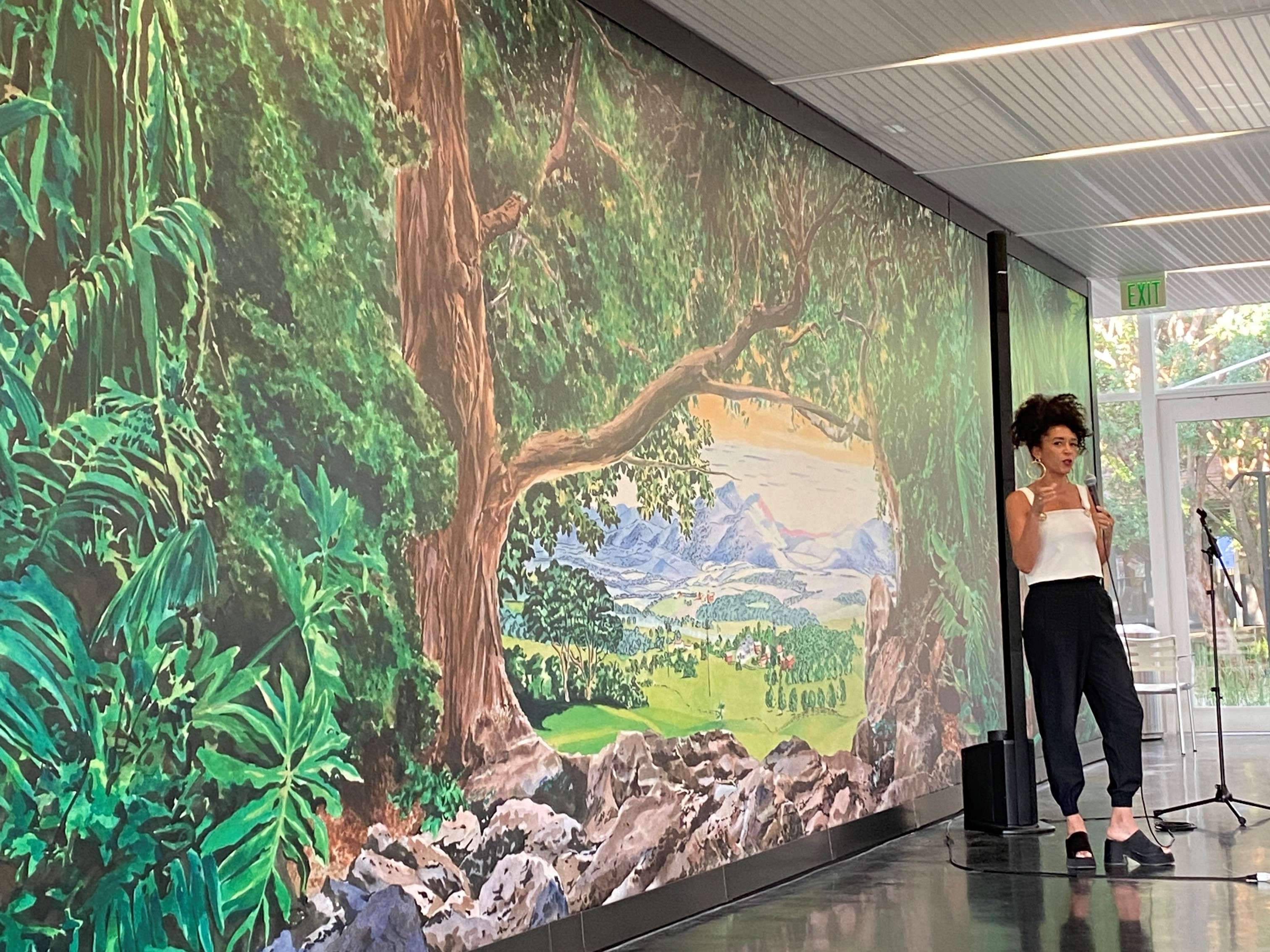 Opening Reception for Off the Wall: Danielle Dean