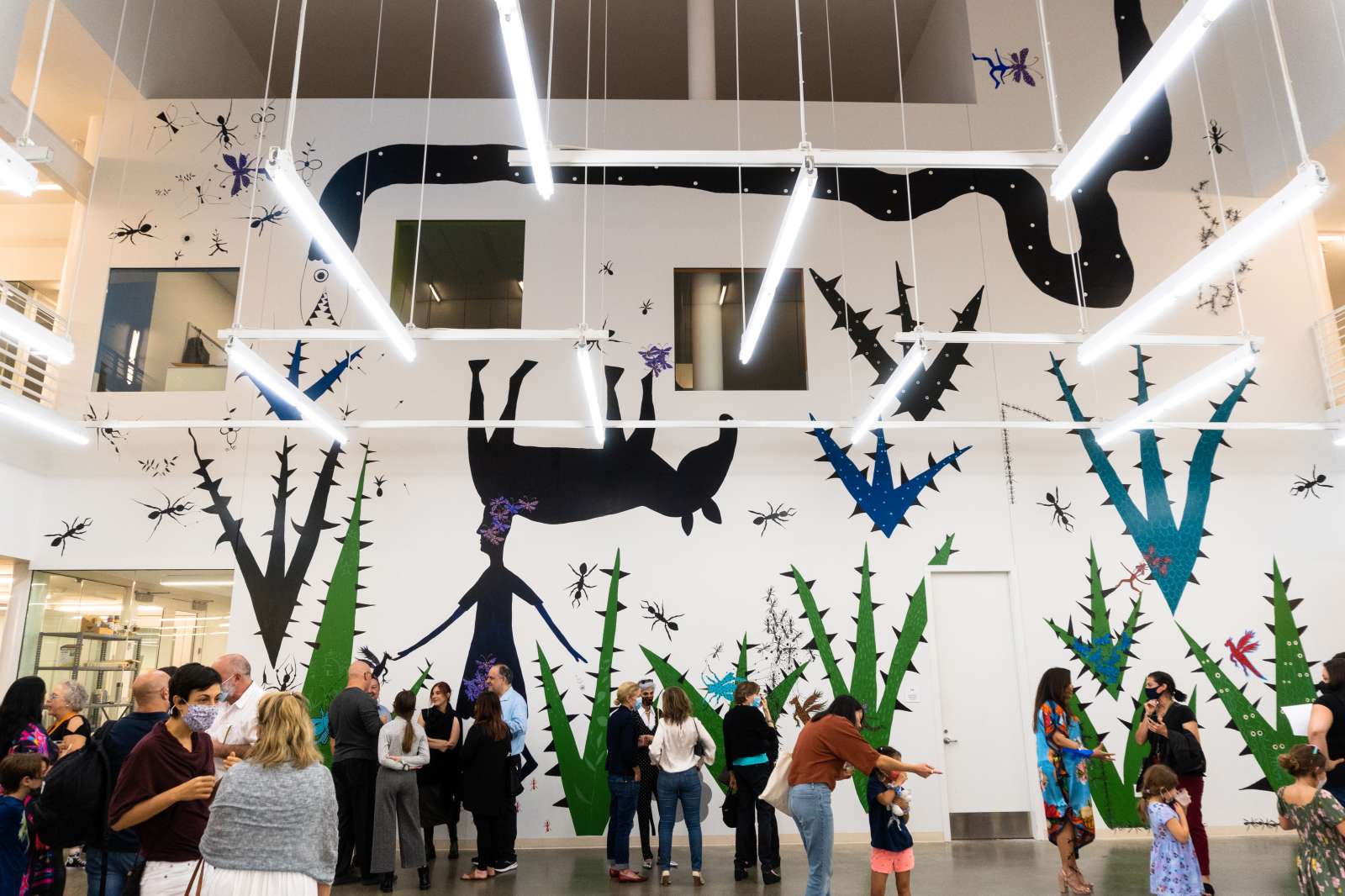 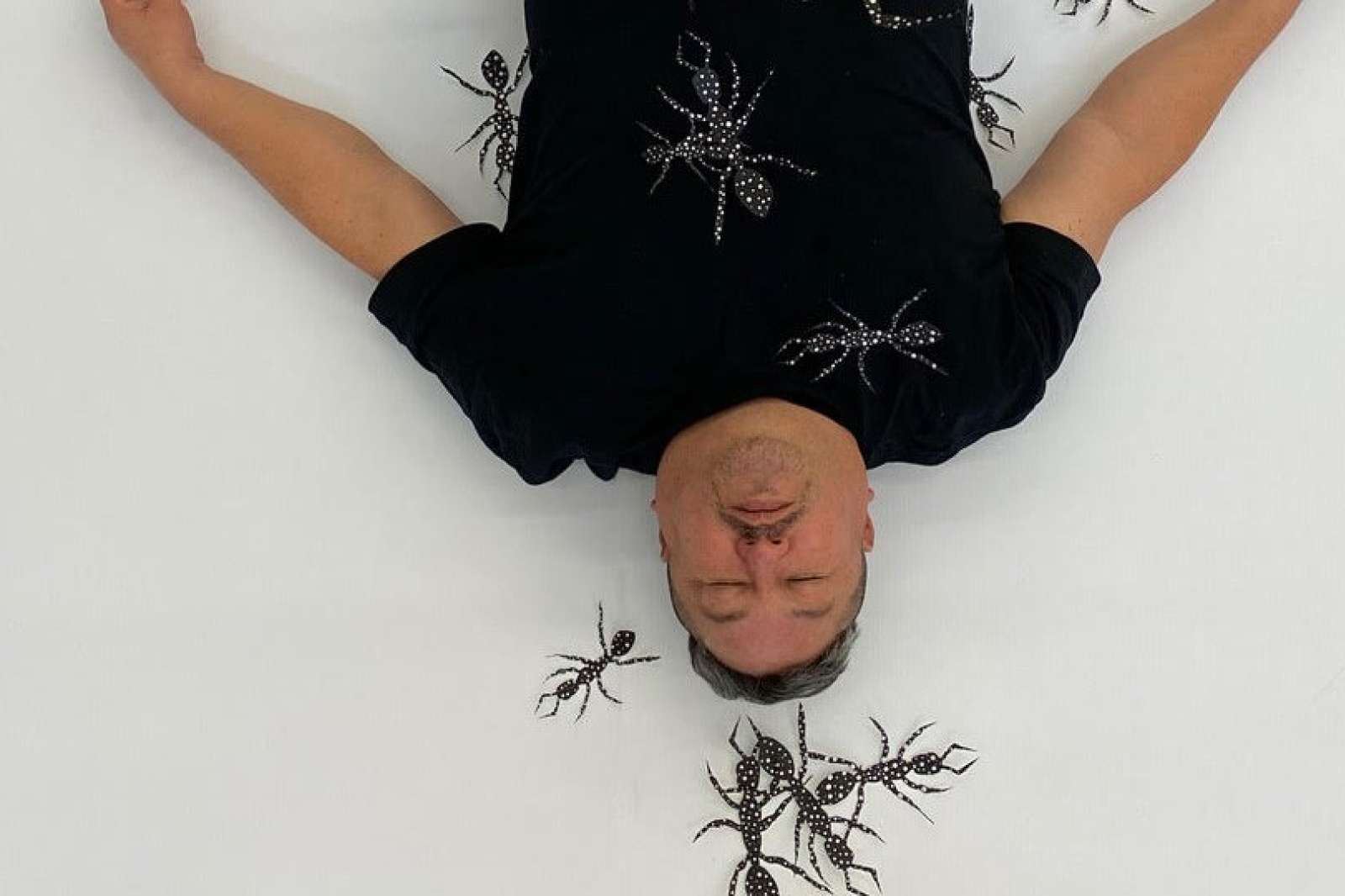 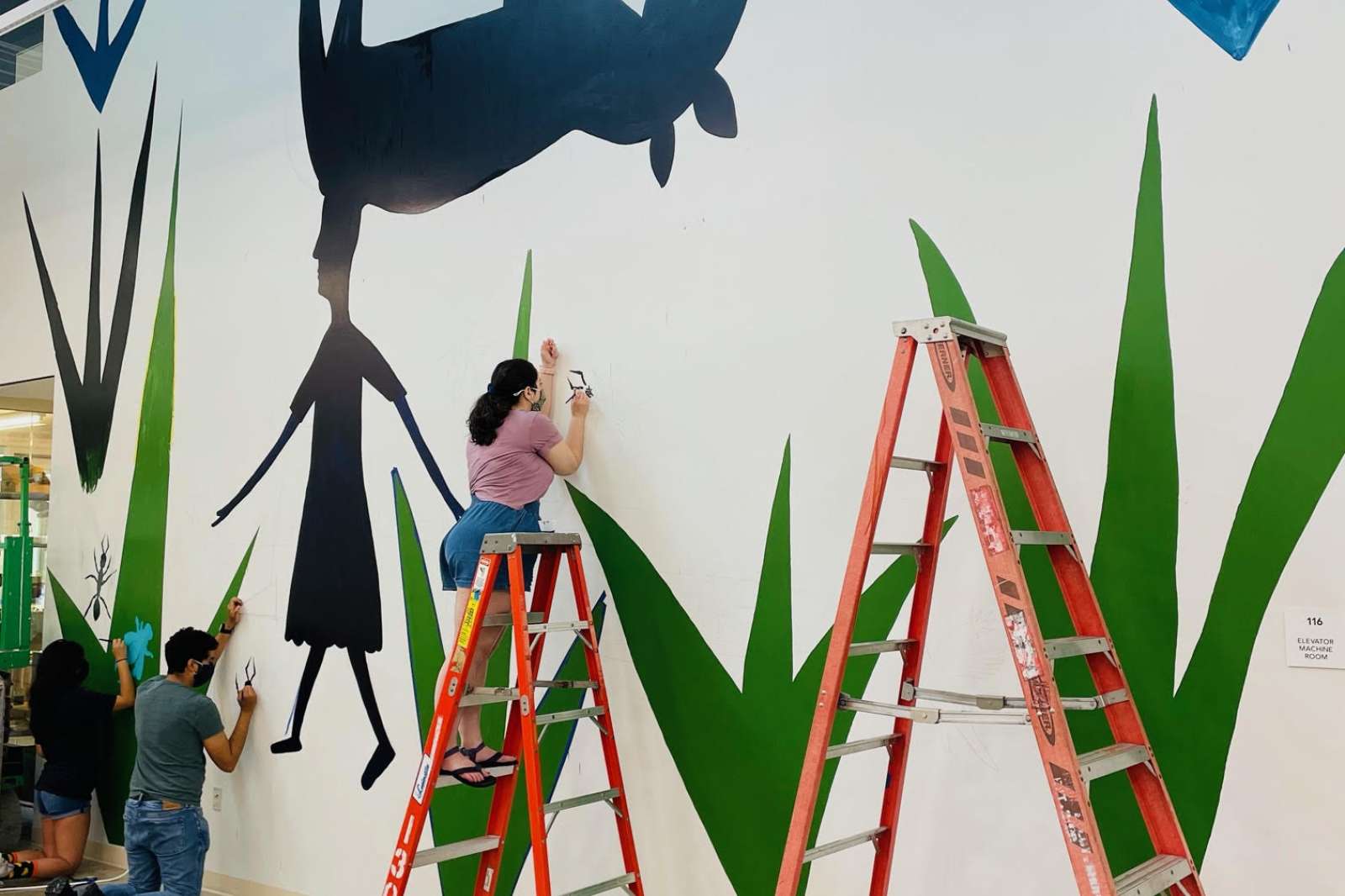 The Moody Center for the Arts launched a new collaborative project, Moody Project Wall, in the fall of 2021 with the goal of fostering cross-campus student engagement with Houston-based artists centered on creating original artwork for a wall inside the Moody’s award-winning building.

For the mural ¡Displaced Mundo! ,Gerardo Rosales worked closely with Rice students and community members to create a temporary large-scale wall painting. Aligning with his larger body of work, the inaugural artist used this opportunity to examine issues of class, race, gender, and sexuality through bold images infused with playfulness. The Venezualean-born artist worked closely with a group of Rice students to create drawings inspired by the fauna and flora of South America, then they collectively painted the mural during National Hispanic Heritage Month.

Central to Rosales' visual program for the Moody Project Wall is María Lionza, a mythological figure in Venezuelan culture, inspired by African, indigenous, and Catholic beliefs. According to a popular legend, María Lionza, the daughter of an indigenous chief, was born in the region of Yaracuy. She is often represented with animals, sometimes riding a tapir, or with a snake, that, according to the legend, devoured her. In this myth, she was eventually saved by the nearby mountain and María Lionza became the protector of nature and native people.

In Venezuela and among the diaspora of its people, representations of María Lionza engages the female figure as a symbol of national unity and solidarity in a world that often feels hostile. Rosales chose this cultural symbol to draw attention to timely issues of socioeconomic inequality, women’s rights, and immigration. Drawing from this heritage and the current moment, Rosales's artwork presents a monumental hybrid figure, merging a woman and a tapir, surrounded by cacti, ants, butterflies, and other creatures--each simultaneously symbolic of hope, home, and pain.

About the artist: Born in Venezuela in 1967, Rosales is a multidisciplinary artist and educator who has been working in Houston for 20 years. Rosales began his career as a self-taught artist before attending Armando Reverón Art Institute in Caracas, Venezuela, then earning an MA from the Chelsea College of Art and Design, in London. Rosales was an artist-in-residence at The Lawndale Art Center in Houston in 2019-21, and was awarded the 2019 Support for Artists and Creative Individual Grant from the City of Houston, through the Houston Arts Alliance. He has created several projects in and around Houston, notably at the Lawndale Art Center, Holocaust Museum Houston, and Galveston Arts Center.

Moody Project Wall: Gerardo Rosales, ¡Displaced Mundo! is made possible by the Rice University's Arts Initiative Fund and the Moody Center for the Arts Founders Circle with additional support provided by the Nyquist Family. 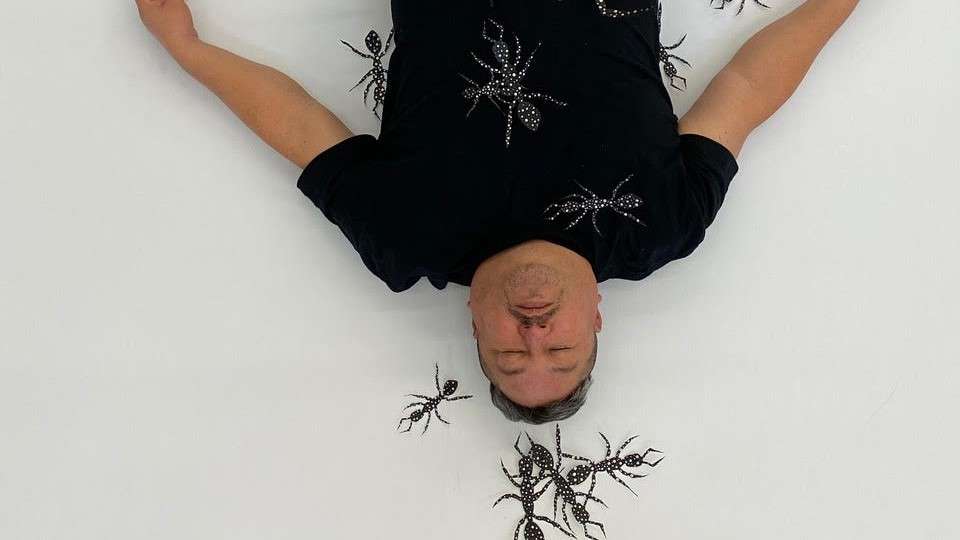