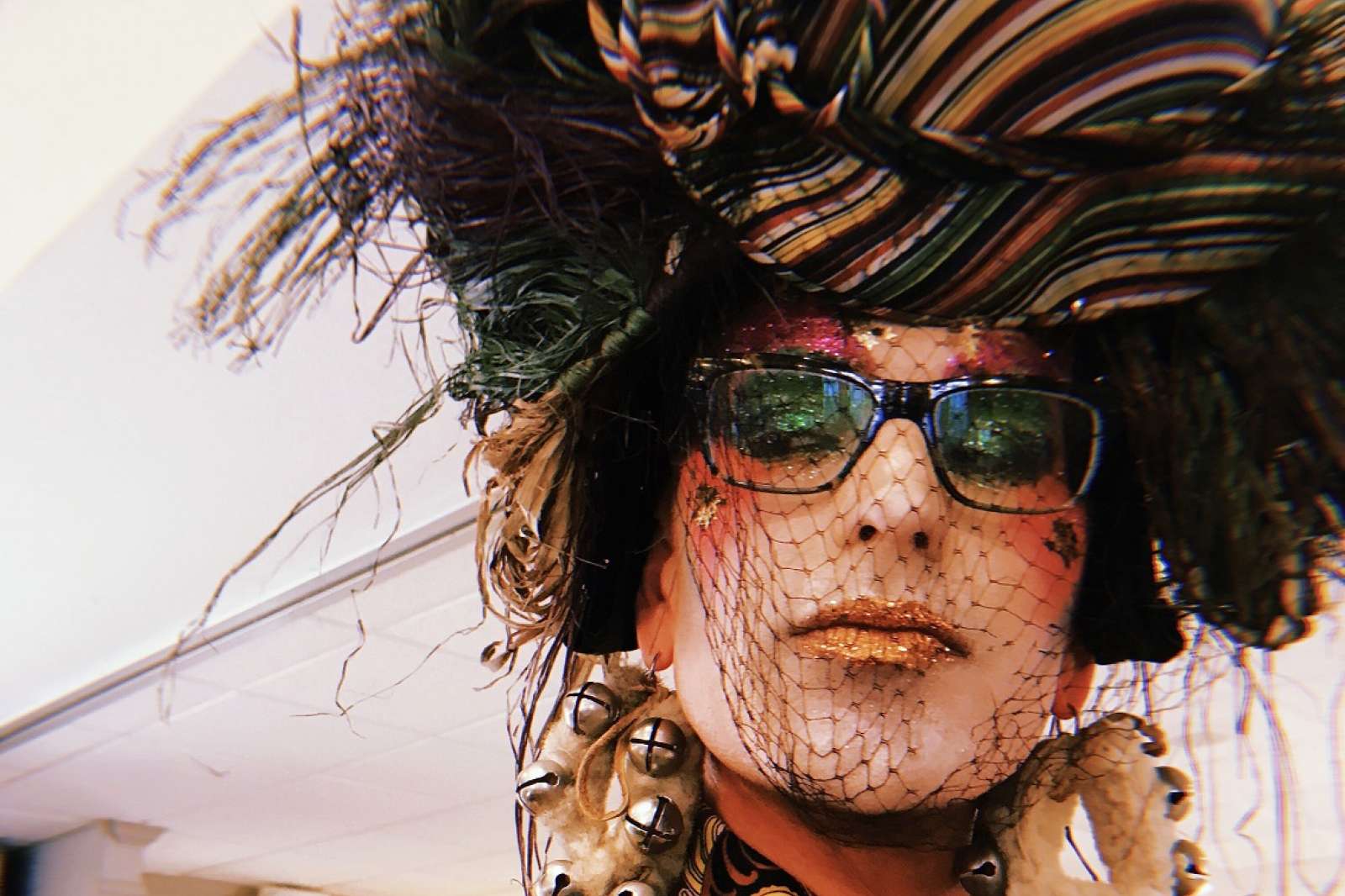 Join us for a fashion show by costume designer Machine Dazzle, who will showcase original pieces inspired by Natasha Bowdoin’s installation Sideways to the Sun. Created during his week-long residency at the Moody, Machine’s intricate and elaborate costumes will come to life during this entertaining performance.

Machine Dazzle has been dazzling stages via costumes, sets, and performance since his arrival in New York in 1994. Conceptualist-as-artist meets DIY meets "glitter rhymes with litter," Machine was a co-recipient the 2017 Bessie Award for Outstanding Visual Design and the winner of a 2017 Henry Hewes Design Award.