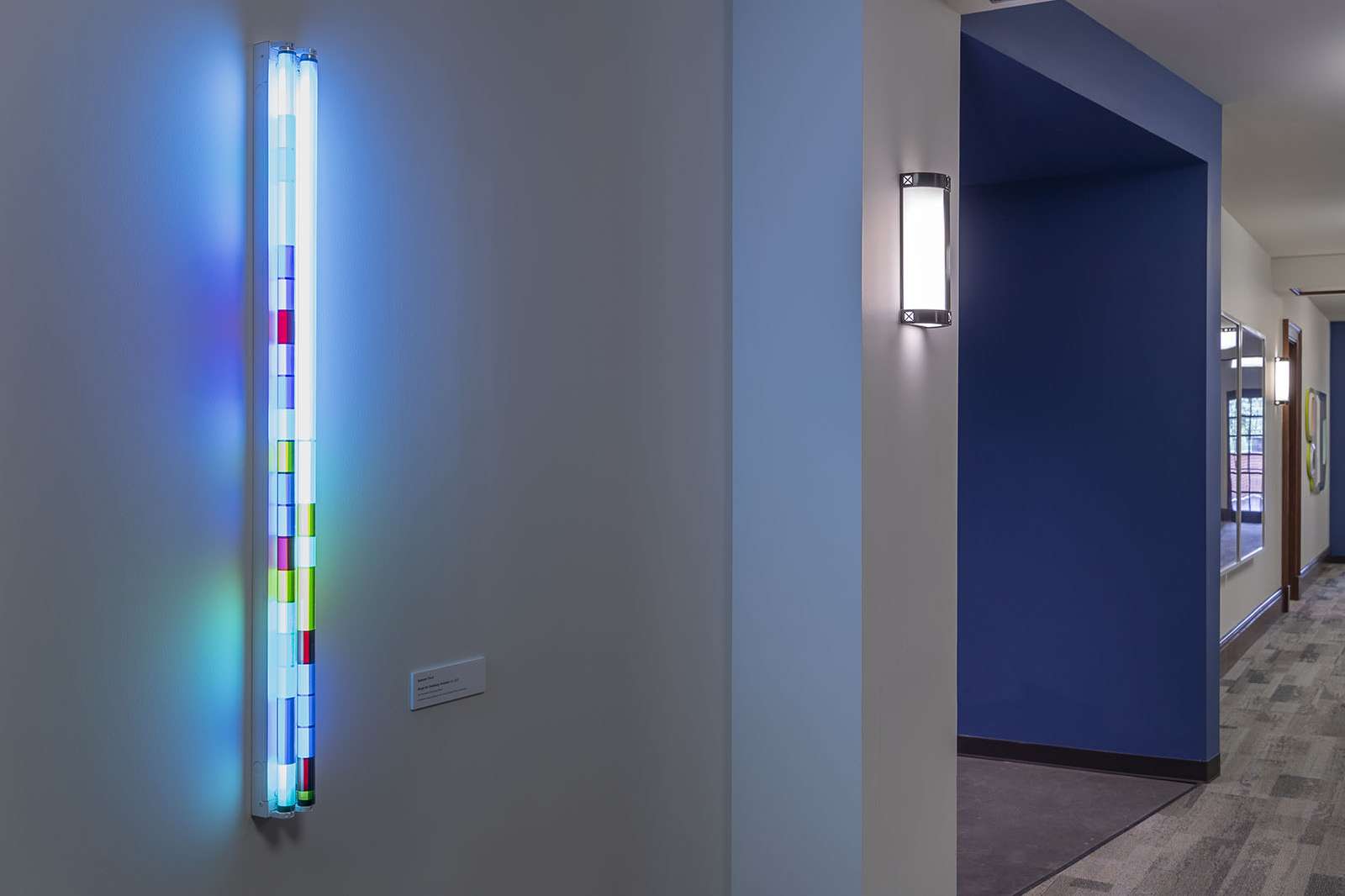 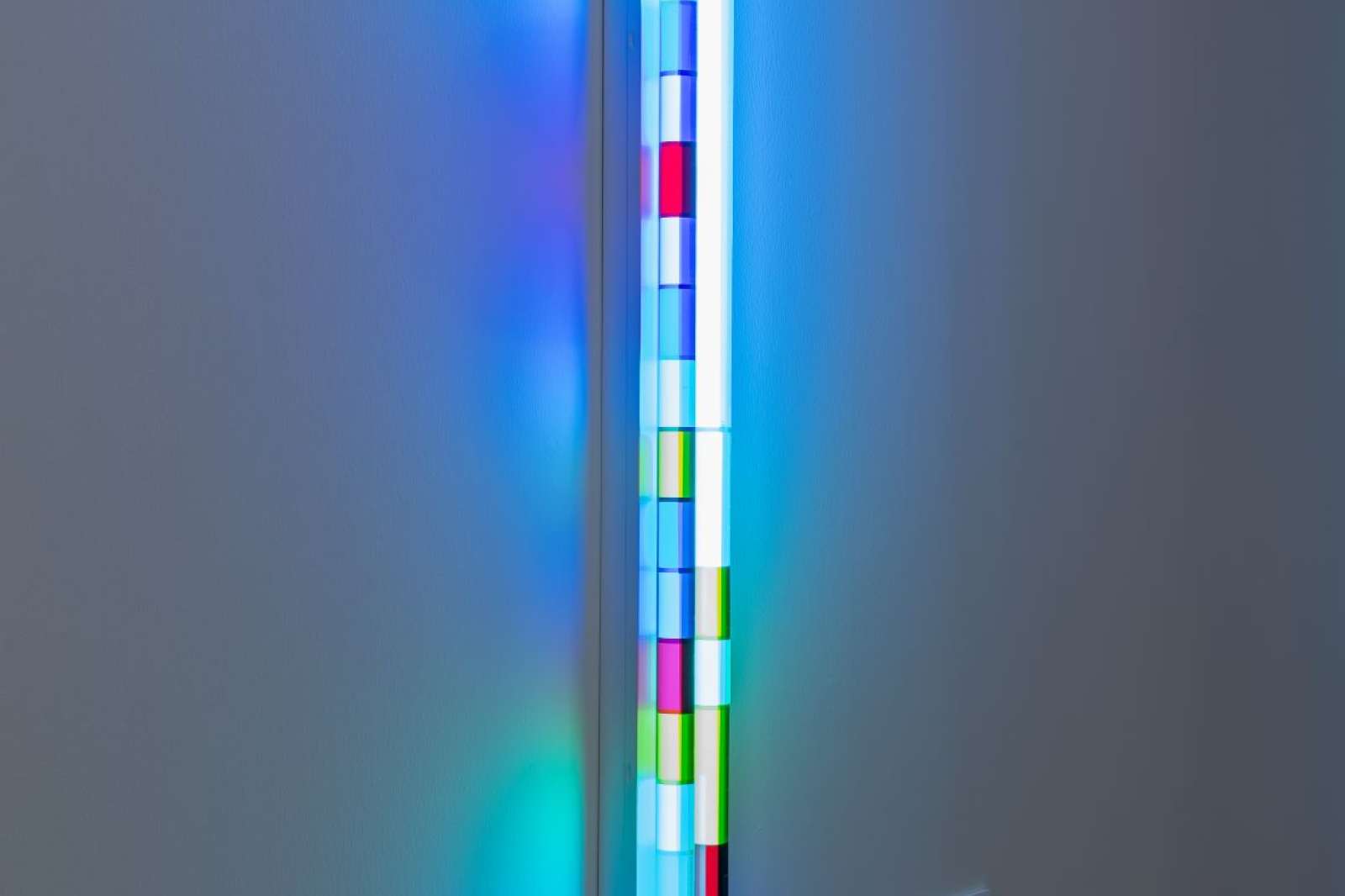 Through sculptural light installations, drawings and site-specific installations, Spencer Finch investigates ephemeral experiences and transforms them into sequences of color and light. Informed by his travels to various countries and by his own sensorial experiences of nature, music, and literature, Finch translates his observations of the world into two- and three-dimensional objects. In the spirit of scientific inquiry, Finch studies light and color, filtering his impressions through a personal cultural and historic lens. Finch’s work often reflects this dual approach of empirical study and subjective interpretation.

Using Isaac Newton’s color wheel wherein each color is assigned to a musical note, Finch matched Newton’s colors to the music of each Goldberg Variation, according to the length of the individual notes. In Study for Goldberg Variation 12, Finch employs two fluorescent light fixtures to capture the opening minutes of the musical composition, representing both the left and right-hand notes, as written for harpsichord. Just as each musician’s interpretation of Bach’s score is slightly different, Finch’s work provides a new vision of the Goldberg Variations. Like the music itself, the immersive play of light and color creates a physiological reaction unique to each viewer.