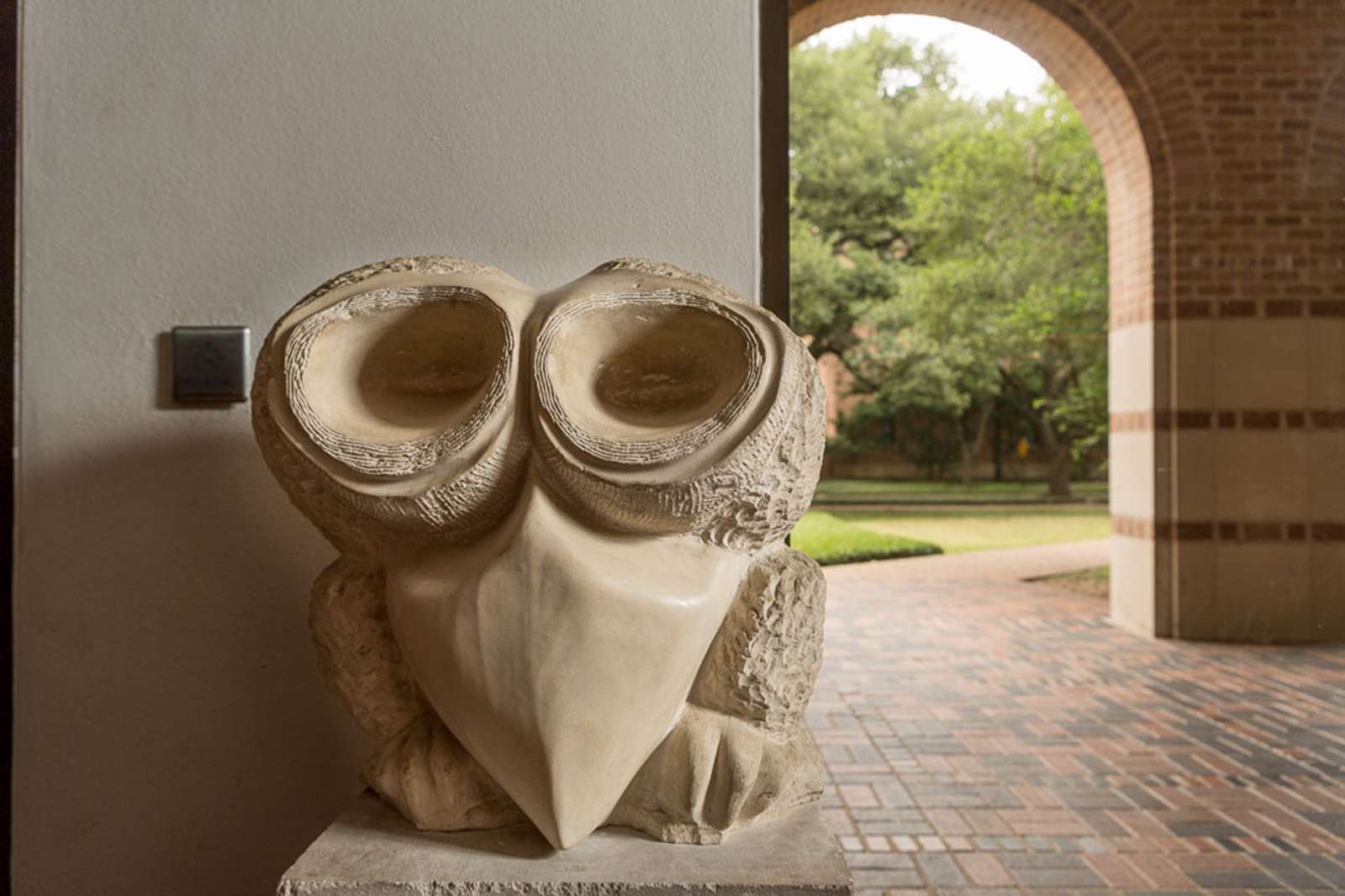 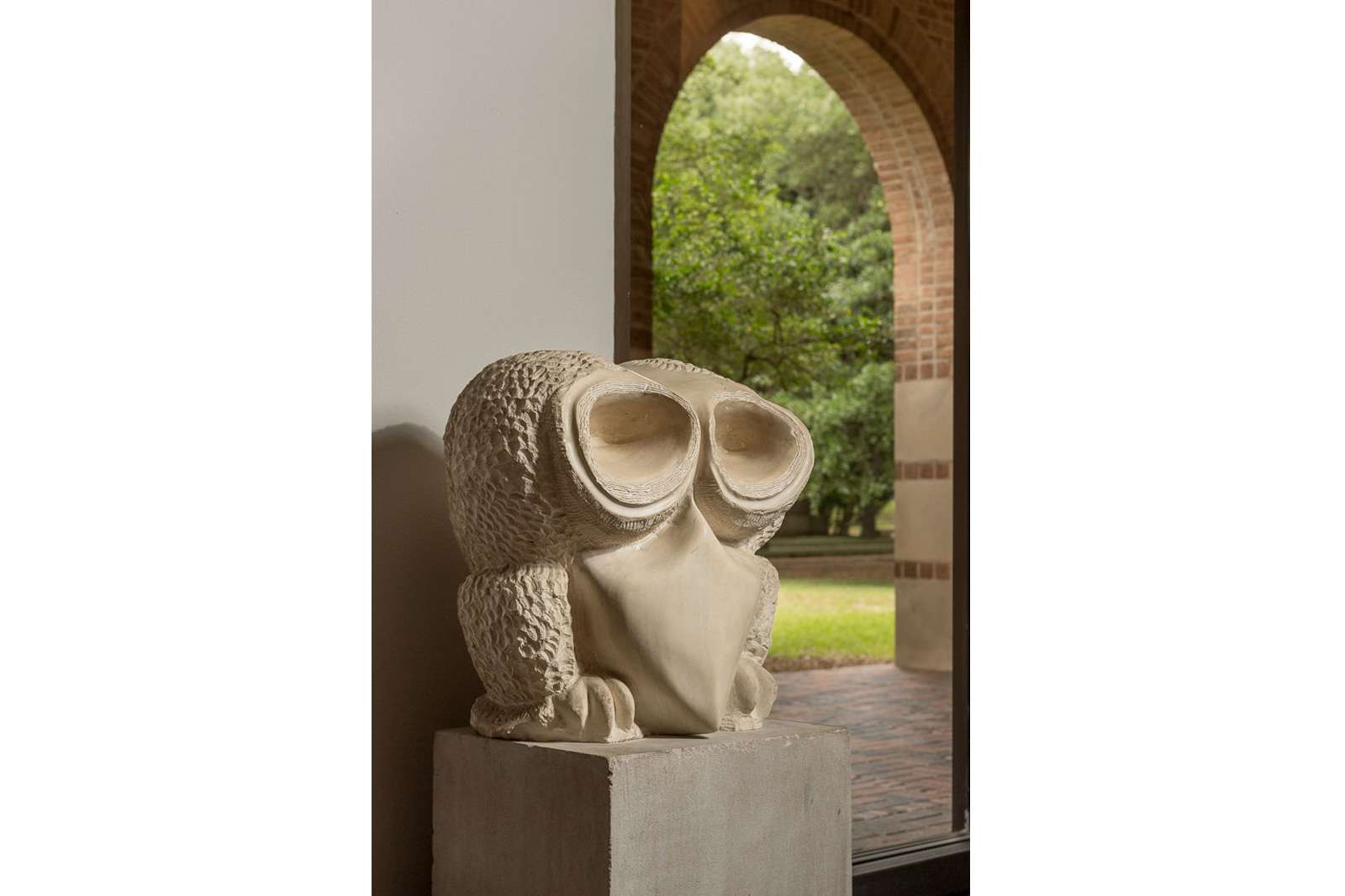 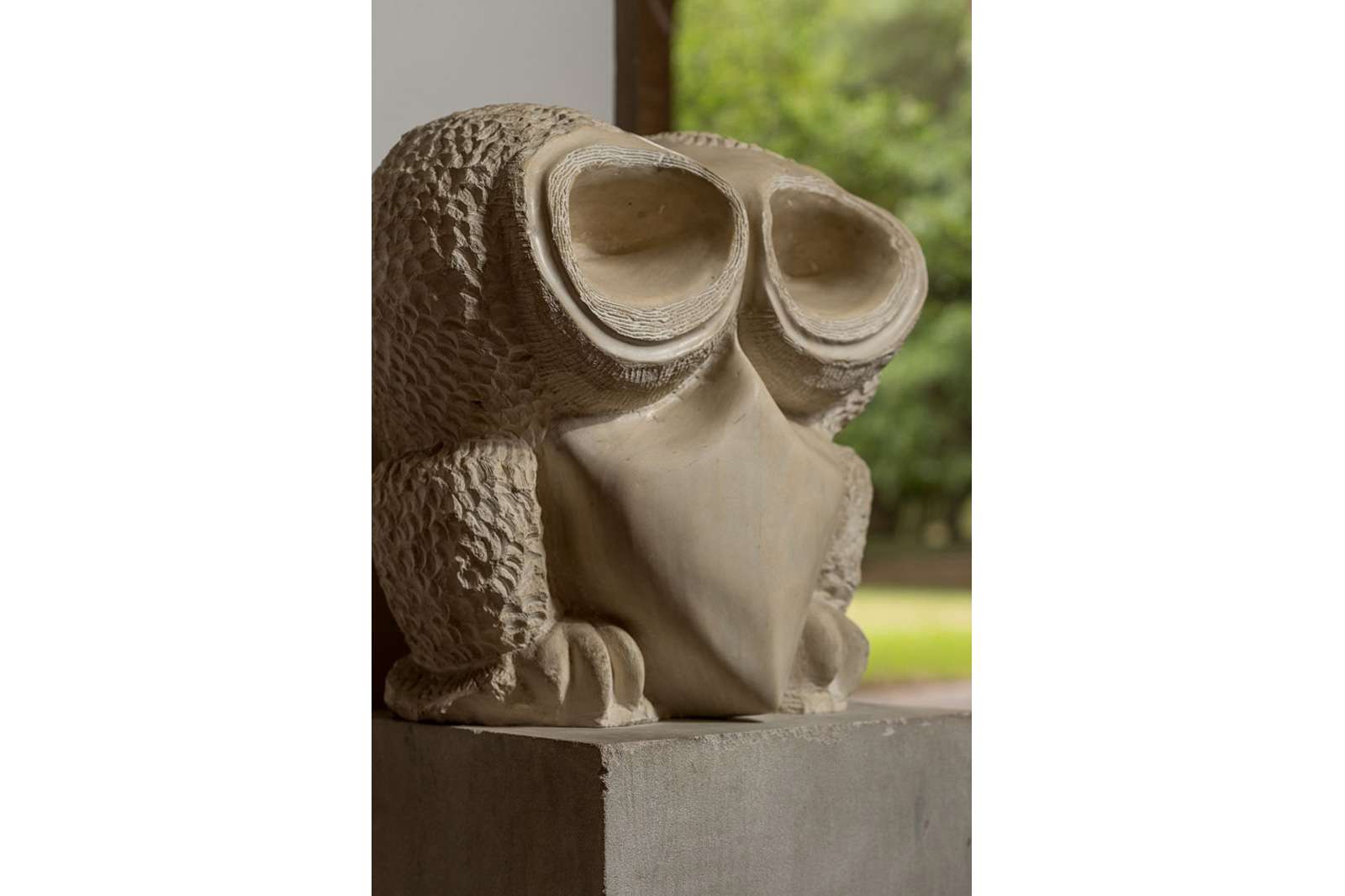 On a summer day in Houston in 1966, architects from Lloyd, Morgan and Jones, the firm which designed the Allen Business Center, made a trip to a local stone yard on a hunt for limestone to complete the building. While visiting South Texas Stone Company, the architects spotted an incomplete hand-carved sculpture sitting under a tree. When they inquired about the work, which depicted an owl perched atop a rectangular base, the foreman replied that “some lady comes out here and plays [with stone].” Impressed with the early stages of the work, they quickly asked for the artist’s phone number and made an offer. In the 50 years since the work was first sited in the lobby of the Allen Center, this sculpture by artist and geologist Anny Coury has become one of the most beloved owls on the Rice campus.

A mountain climber, avid traveler, mother, petroleum geologist, and sculptor, Coury was a pioneering woman in the 1960s. A 1967 feature in The Houston Post about the artist and her work at Rice ran with the headline, “Anny Coury Climbs Any Mountain to Get Her Hands on Some Rocks.” Coury spent two years hand-chiseling the 1,300-lb. sculpture, carved from a 2,000-lb. slab of Indiana limestone. Coury’s interest in hand-carving stone was followed by an esteemed and celebrated decades-long career in geology.

About the artist: A native of Lille, France (b. 1929), Anny Coury moved to Texas with her family in 1941 following the Nazi invasion of France in 1940. She studied sculpture under David Parsons at the Museum of Fine Arts, Houston and earned a BS in geology from the University of Texas at Austin. Coury discovered stone carving and yoga in the early 1960s, and became a lifetime practitioner and teacher of both, producing more than 100 stone carvings. During her 45-year career as a geologist, Coury worked in oil and gas exploration for private companies and the U.S. Geological Survey. She was recently honored at the 2017 American Association of Petroleum Geologists Conference in Houston as one of the most influential women in the field. Coury has lived and worked in Denver since 1973.