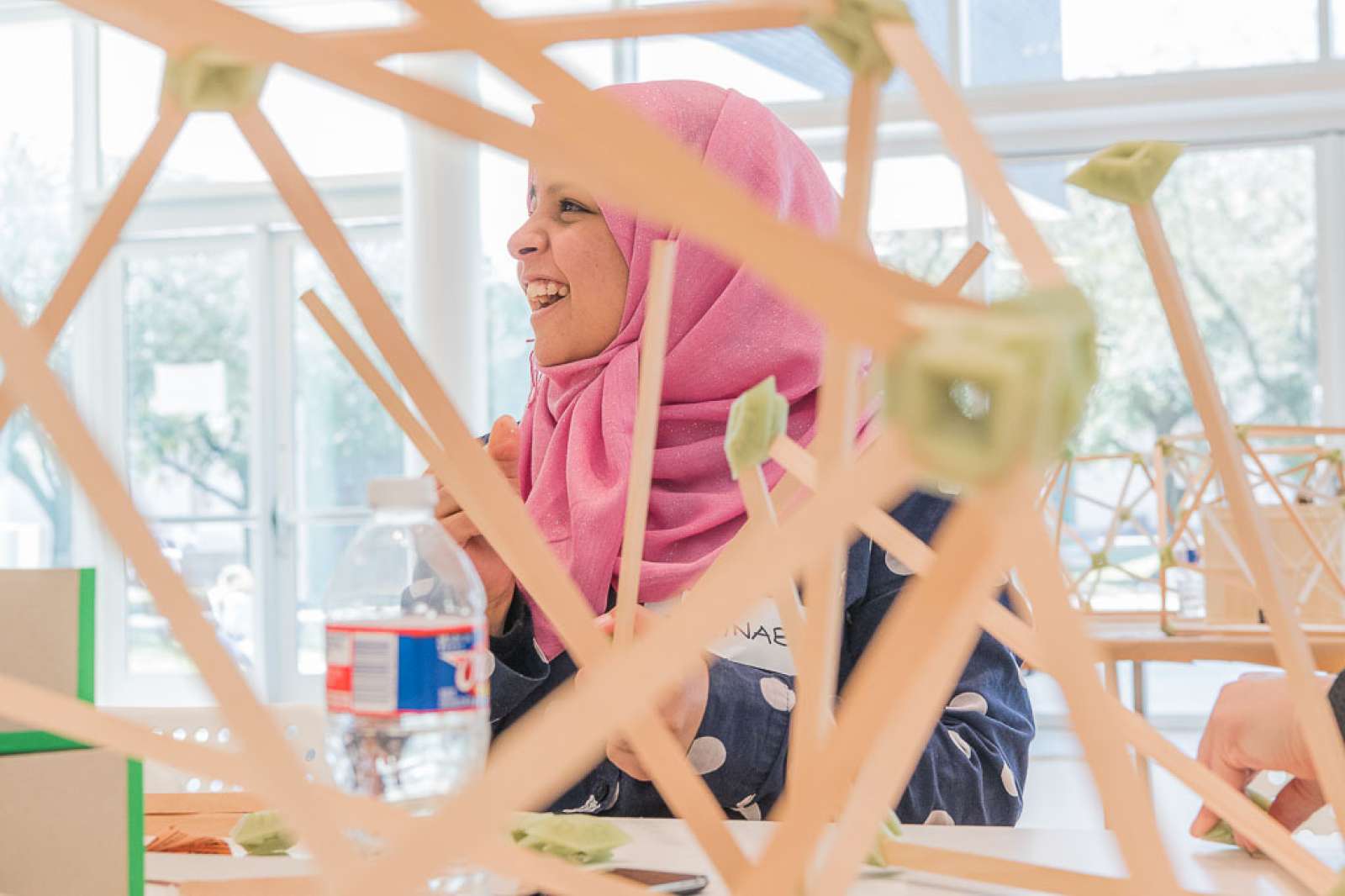 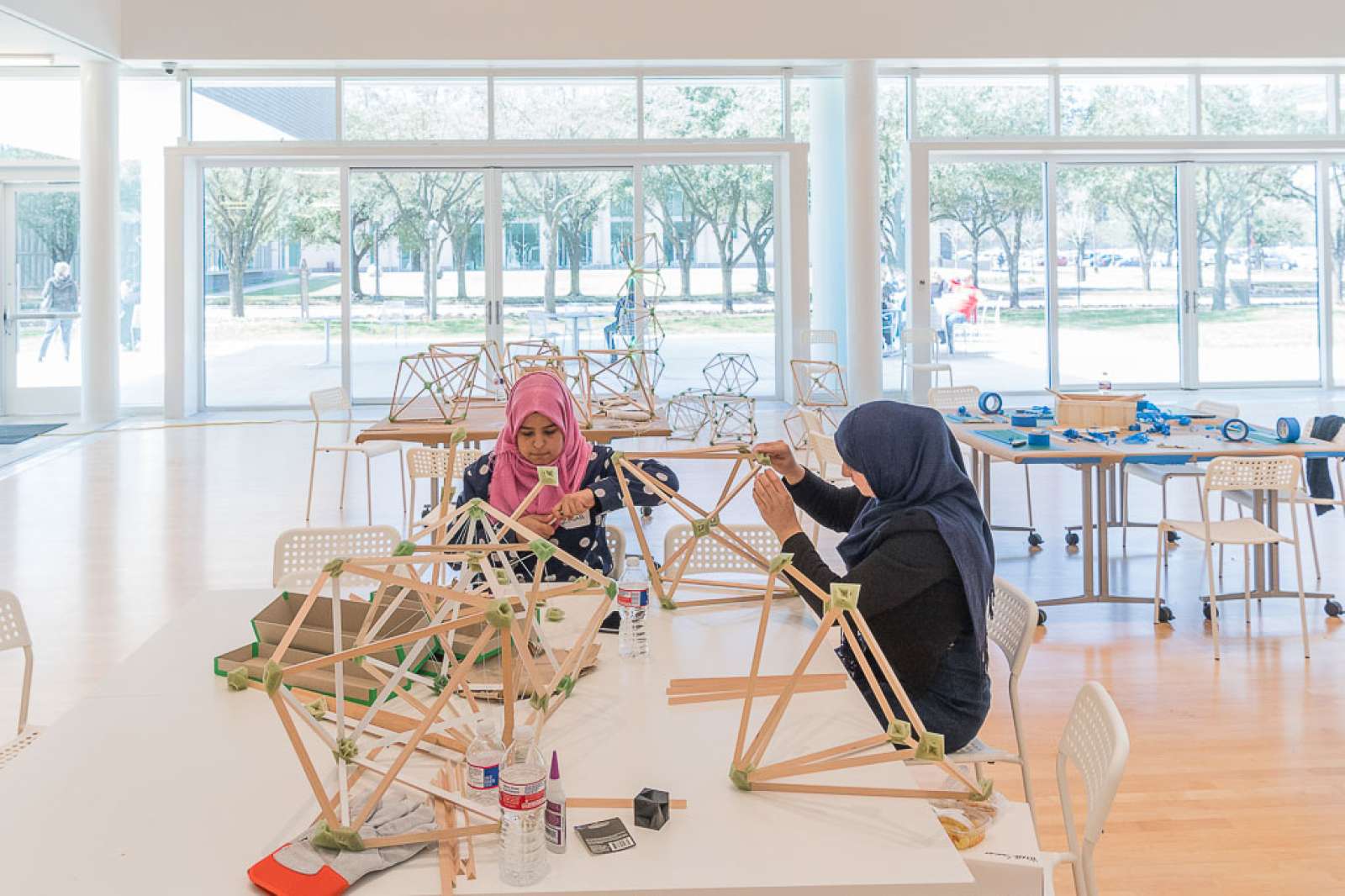 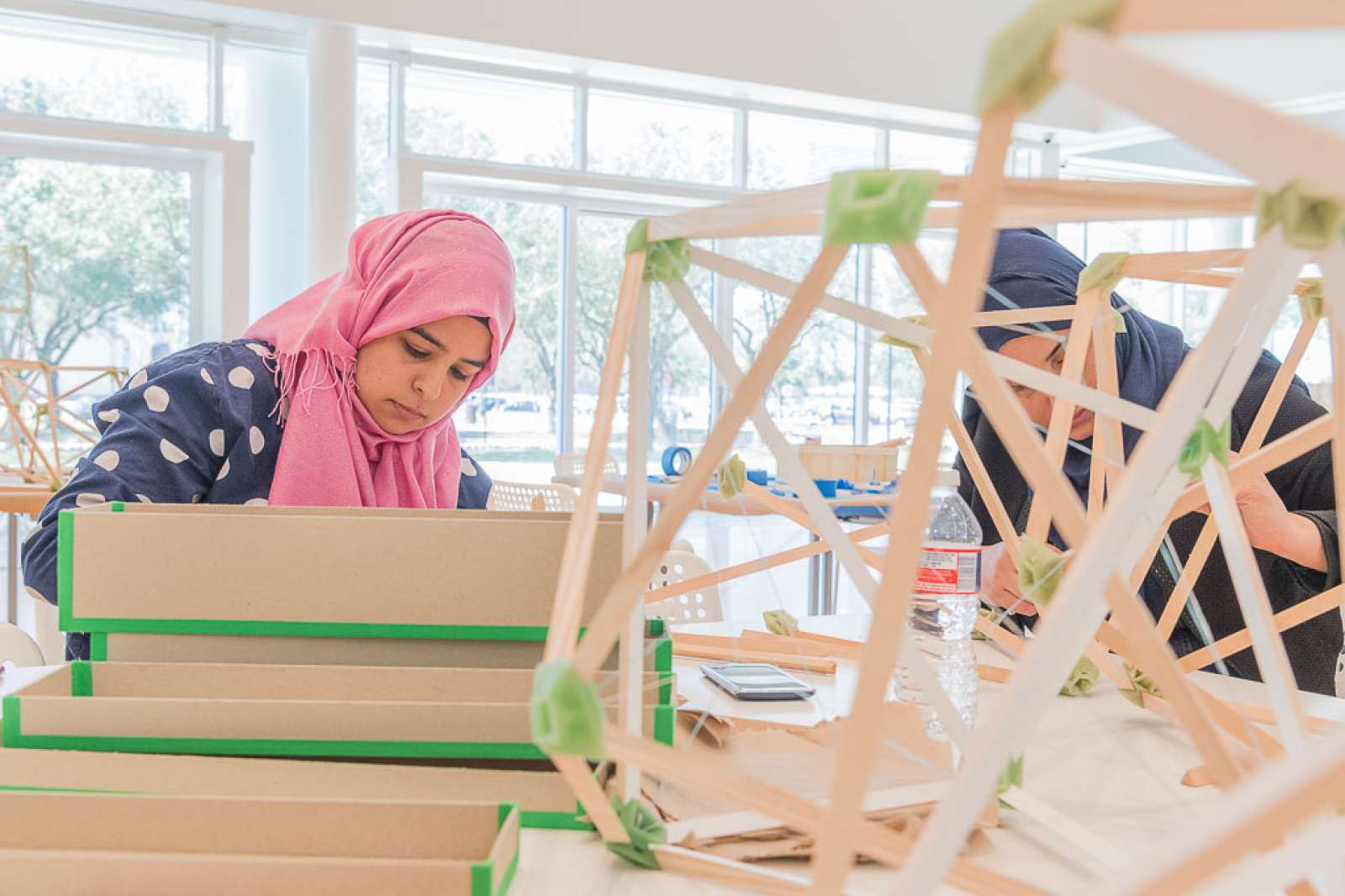 Olafur Eliasson’s Green light – An artistic workshop addresses the international refugee crisis and the current geopolitical issues surrounding global migration. It gives the green “go-ahead” light to asylum seekers, refugees and economic migrants by inviting them to participate in a multifaceted program of creativity and shared learning. This includes a workshop for the construction of stackable, modular green lamps, as well as language courses, seminars, artist’s interventions and film screenings. The workshop is free and open to the public, inviting collaboration with Rice University students, faculty, staff, and visitors.

The crystalline lamps, designed by Eliasson, are fitted with small green light fixtures. The modules can function on their own, or be assembled into a variety of sculptural and architectural configurations. The lamps are available for sale for $350 each, with proceeds benefitting Interfaith Ministries of Greater Houston, the Moody’s collaborator on the workshop, to support their ongoing work with international refugees.

After its successful launch at TBA21–Augarten in Vienna, Austria in 2016, Green light is presented for the first time in the United States at the Moody Center for the Arts at Rice University. It reflects the Moody’s mission to foster interdisciplinary conversations about critical topics through the arts. This May, the project will be featured at the 57th Venice Biennale. olafureliasson.net/greenlight

About the artist: The Danish-Icelandic artist Olafur Eliasson (born 1967) works in a wide variety of media, including installation, painting, sculpture, photography, and film. Awarded with the 2016 Crystal award for creating inclusive communities, Eliasson is also known for his environmental and socially-engaged projects, like the solar-energy company Little Sun. Since 1997 his critically acclaimed solo shows have appeared in major museums around the world such as the Museum of Modern Art, New York, the Tate Modern, London, and in major international exhibitions such as the Venice Biennale. In 2003 The weather project, installed in the Turbine Hall of Tate Modern, was seen by more than two million people. Eliasson’s projects in public spaces include The New York City Waterfalls (2008) and Ice Watch in Copenhagen (2014) and Paris (2016).

Established in 1995, Eliasson’s Berlin studio employs approximately ninety craftsmen, specialized technicians, architects, archivists, administrators, and cooks. They work with Eliasson to experiment, develop and produce artworks and exhibitions, as well as to archive and communicate his work. In addition to realizing artworks in-house, the studio contracts with structural engineers and other specialists and collaborates with cultural practitioners, policy makers, and scientists. It regularly hosts workshops and events in order to further artistic and intellectual exchanges with people and institutions around the world. 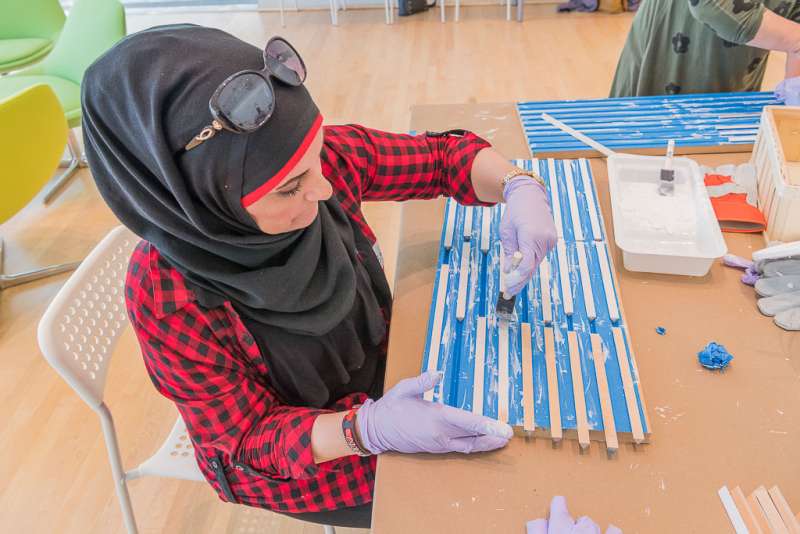 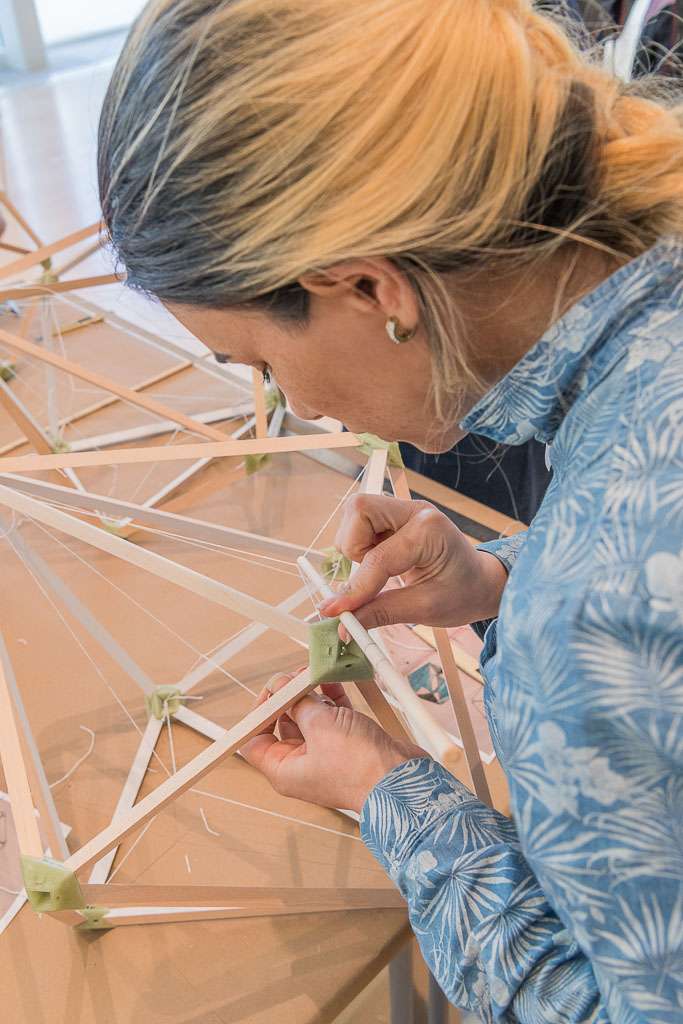 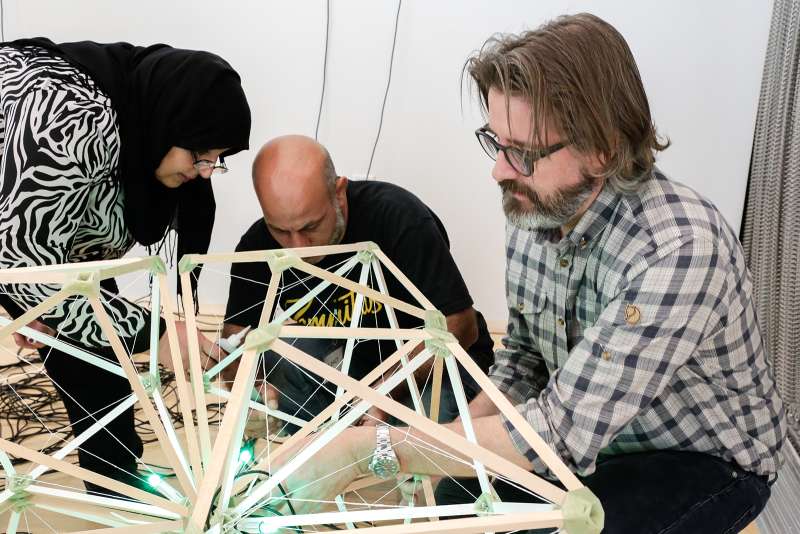