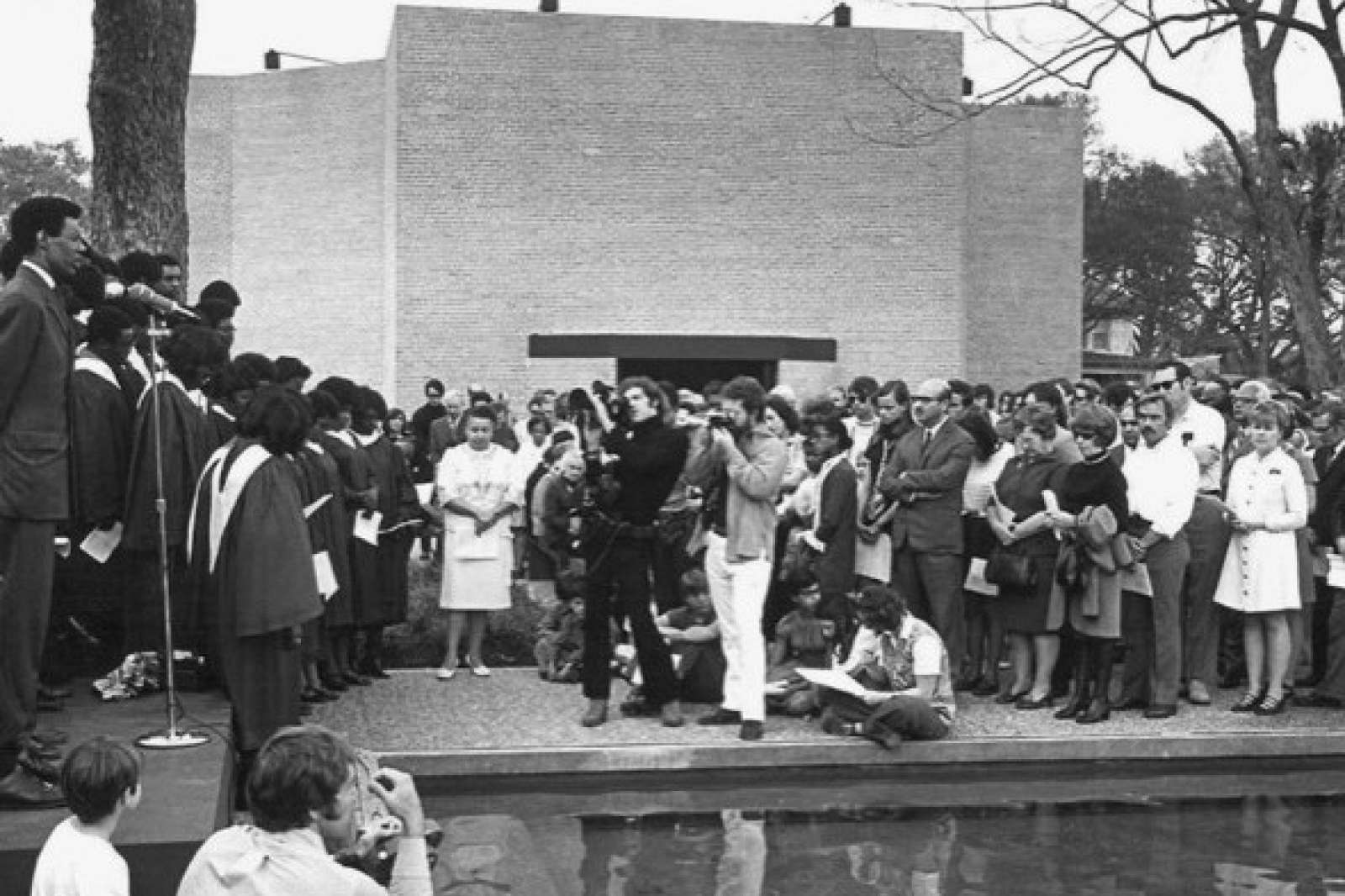 Virtually experience “The Rothko Chapel,” (1972), a film that takes viewers inside the Chapel in Houston that holds a cycle of 14 large-scale paintings by American artist Mark Rothko, one of the most influential painters of the post-World War II period. Francois de Menil, a son of the Chapel’s founders Dominique and John de Menil, and Jerry Michaels documented key moments of the Chapel’s history, filming it shortly after its opening. Featuring interviews with the de Menils about their choice of Mark Rothko for the Chapel, and rare archival footage, the film also touches on the spiritual goals of the building, and captures the contemplative nature of the space and the transcendental viewing experience it offers.