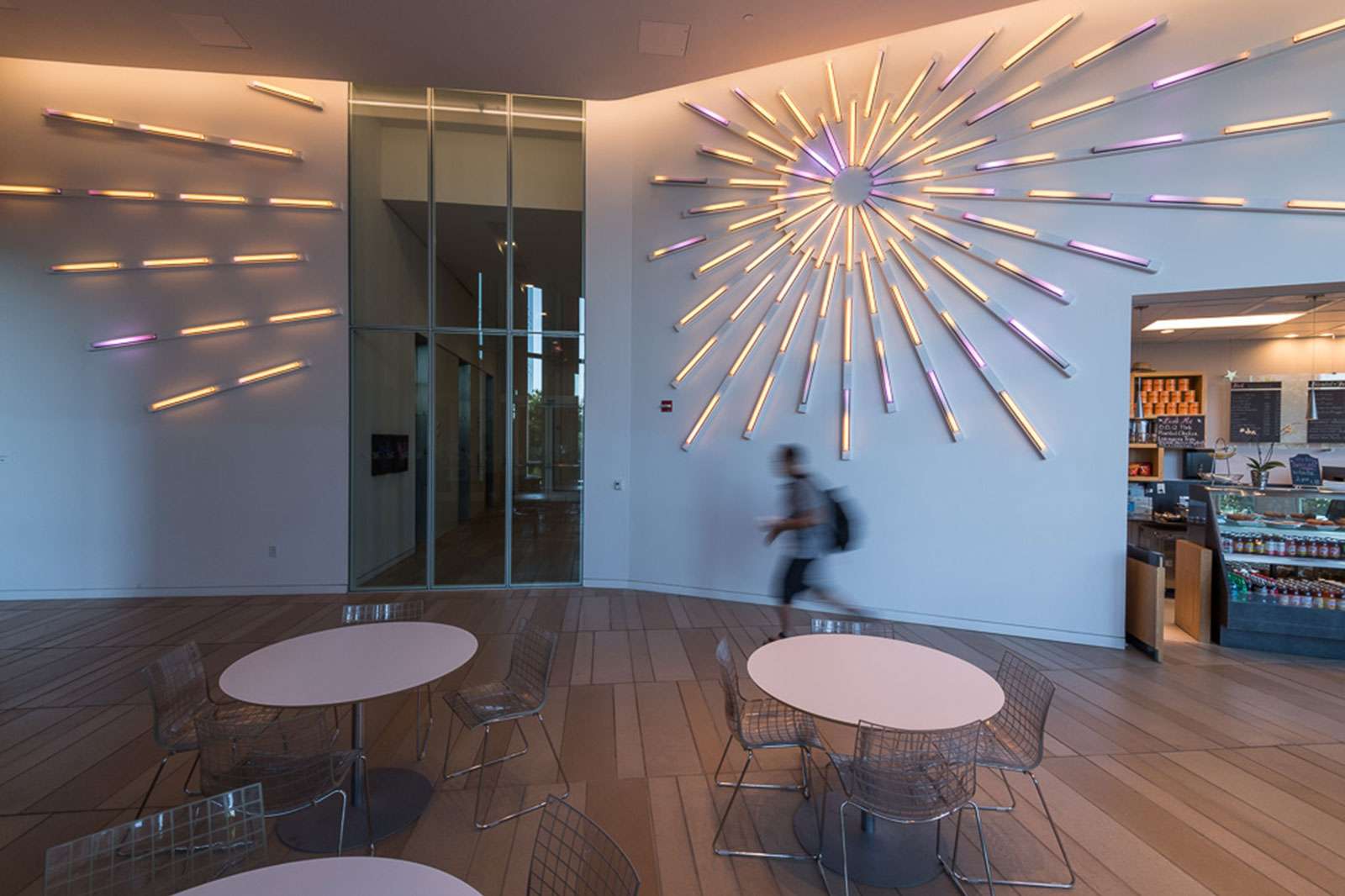 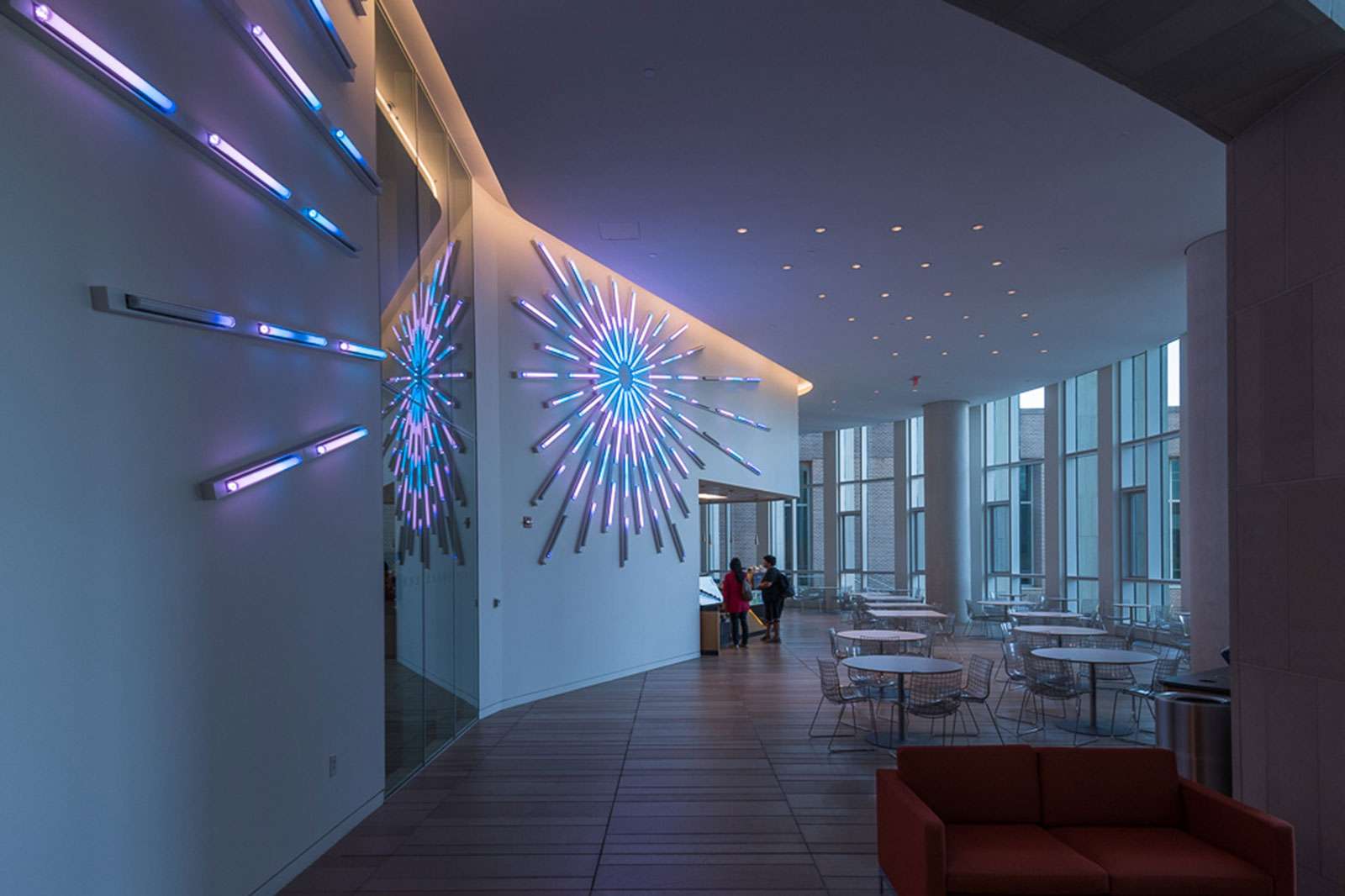 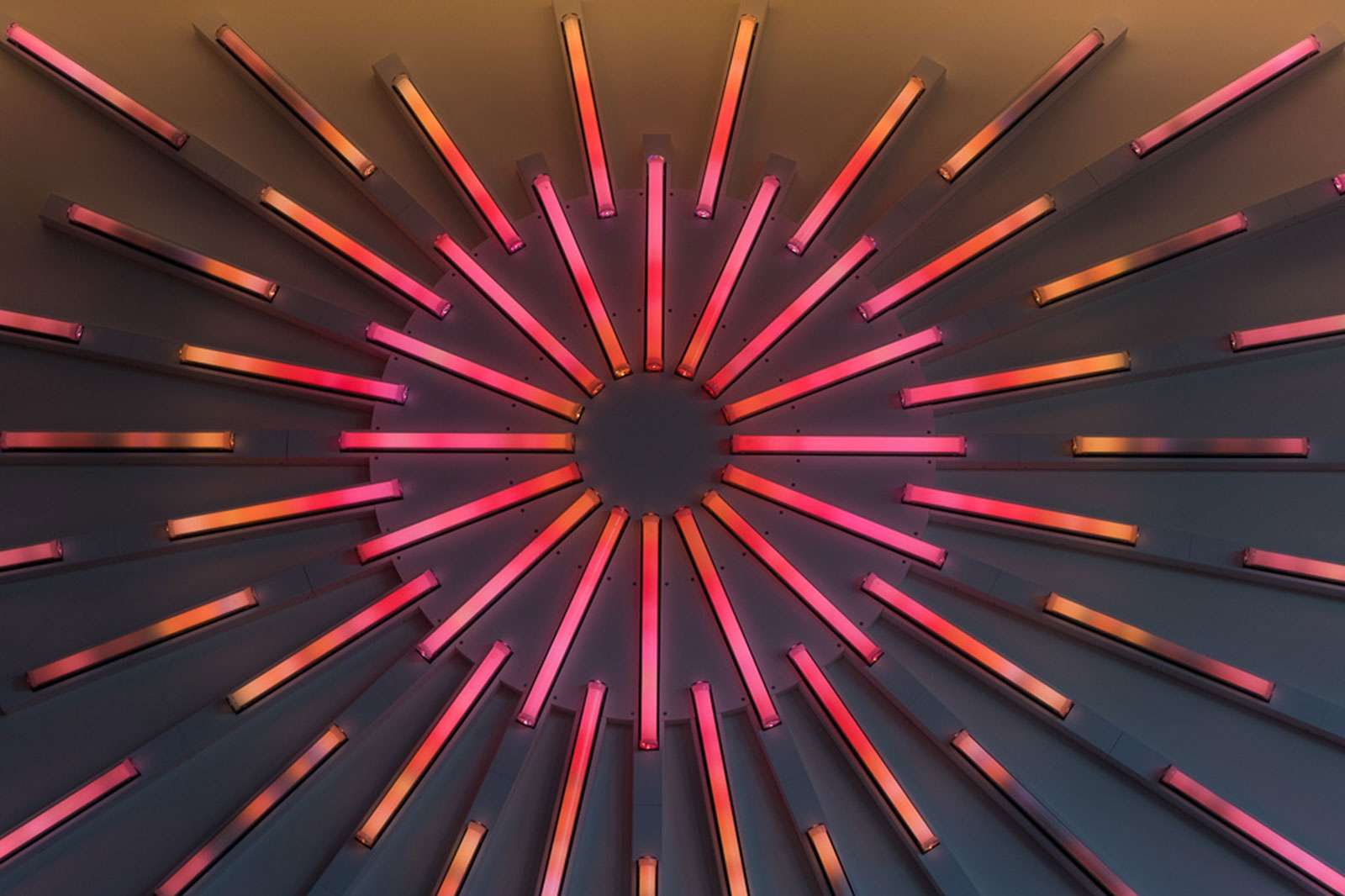 Leo Villareal’s work is synonymous with light and spectacle. A master of light, Villareal works with LED lights to create intricate and often rhythmic installations and sculptures for public sites. His works feature custom, artist-created code which direct lights of varying colors to cycle through dynamic systems and rhythms. The light patterns in Radiant Pathway are inspired by the research of British mathematician John Conway, who discovered a mathematical model for a system in which rules are applied to cells and their neighbors in a grid. Ninety-two LED light tubes, installed in a radial formation like a beaming sun, each have twenty pixels capable of displaying sixteen-million colors. Villareal composed the light sequences in Radiant Pathway in situ at Rice using a custom computer software technology. Each sequence is unique and never repeated. Villareal’s spectacular installation at the BRC underscores the nature and caliber of research, science, and curiosity at work at Rice, and invites viewers to reconsider the relationship between mathematics, technology, and contemporary artistic practice.

About the artist: Leo Villareal (b. 1967, Albuquerque, NM) received a BA in sculpture from Yale University in 1990 and a graduate degree from NYU Tisch School of the Arts’ Interactive Telecommunications Program. He has completed several major site-specific works, including Multiverse at The National Gallery of Art and The Bay Lights, an installation of undulating lights on the San Francisco Bay Bridge West Span, from 2013 through 2015. Villareal’s work is in the permanent collections of several major museums and institutions, including the The Museum of Modern Art, The MIT List Visual Arts Center, The Blanton Museum of Art at the University of Texas at Austin, Albright-Knox Art Gallery, Crystal Bridges Museum of American Art, and The National Gallery of Art.