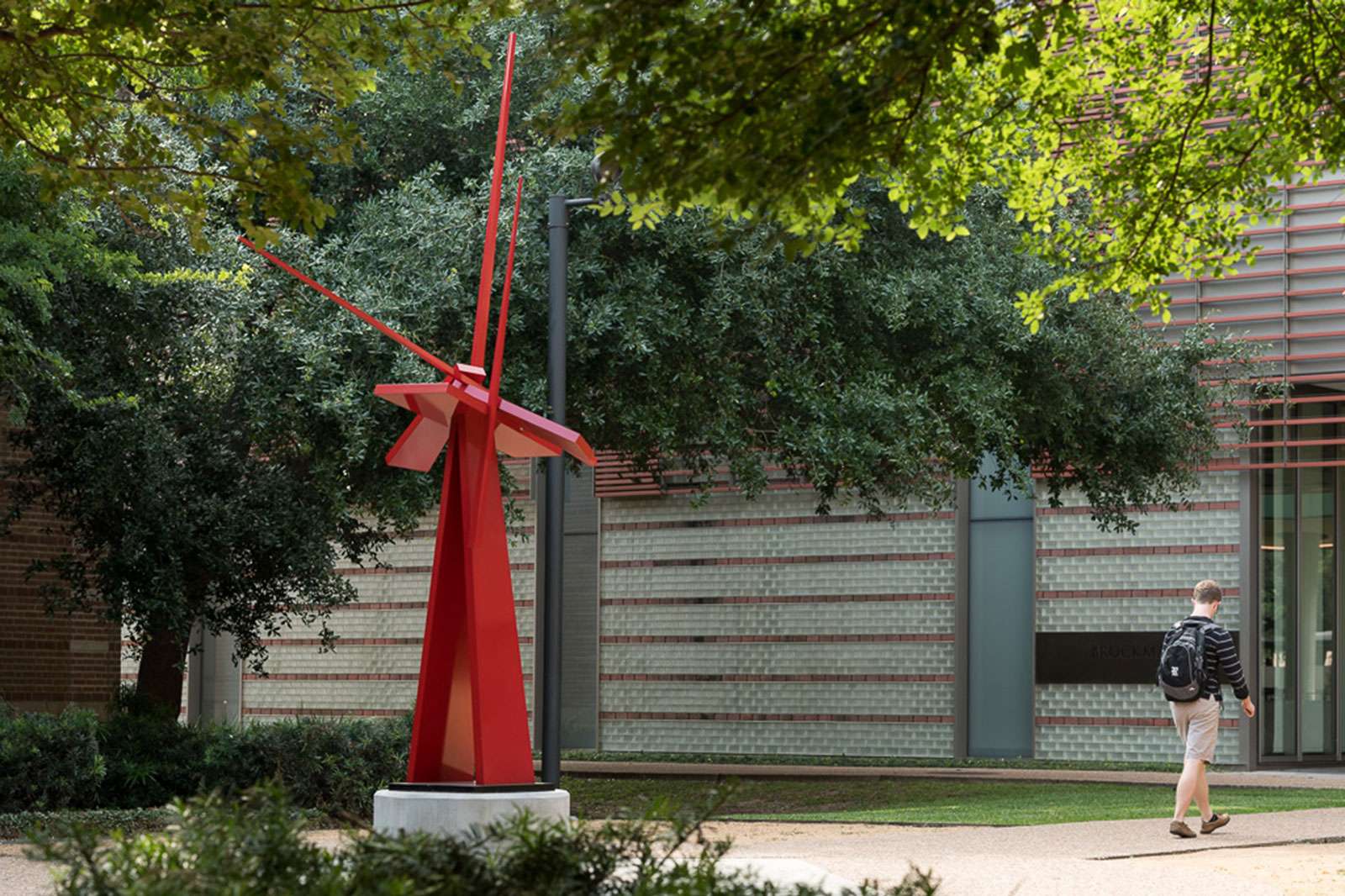 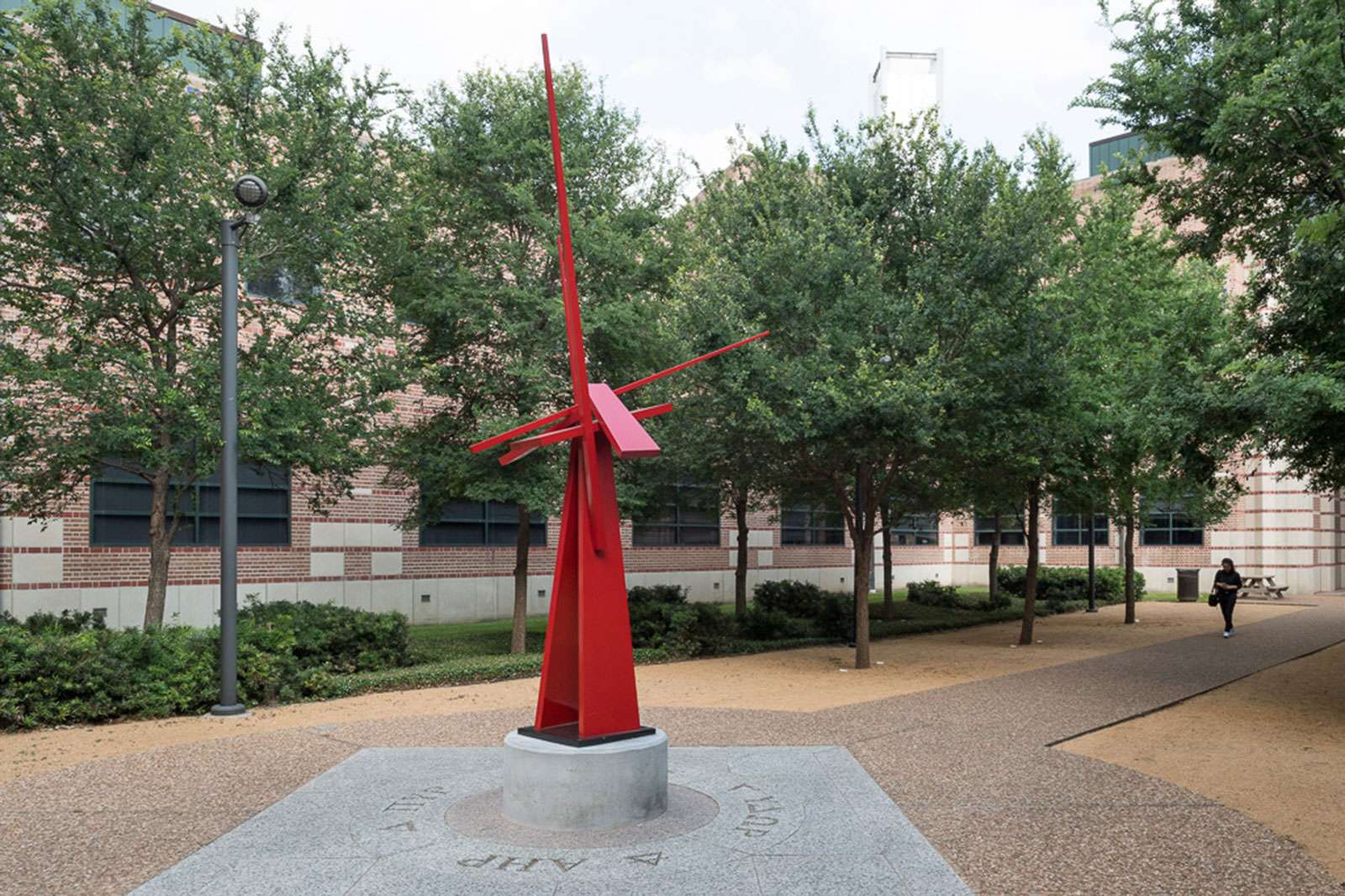 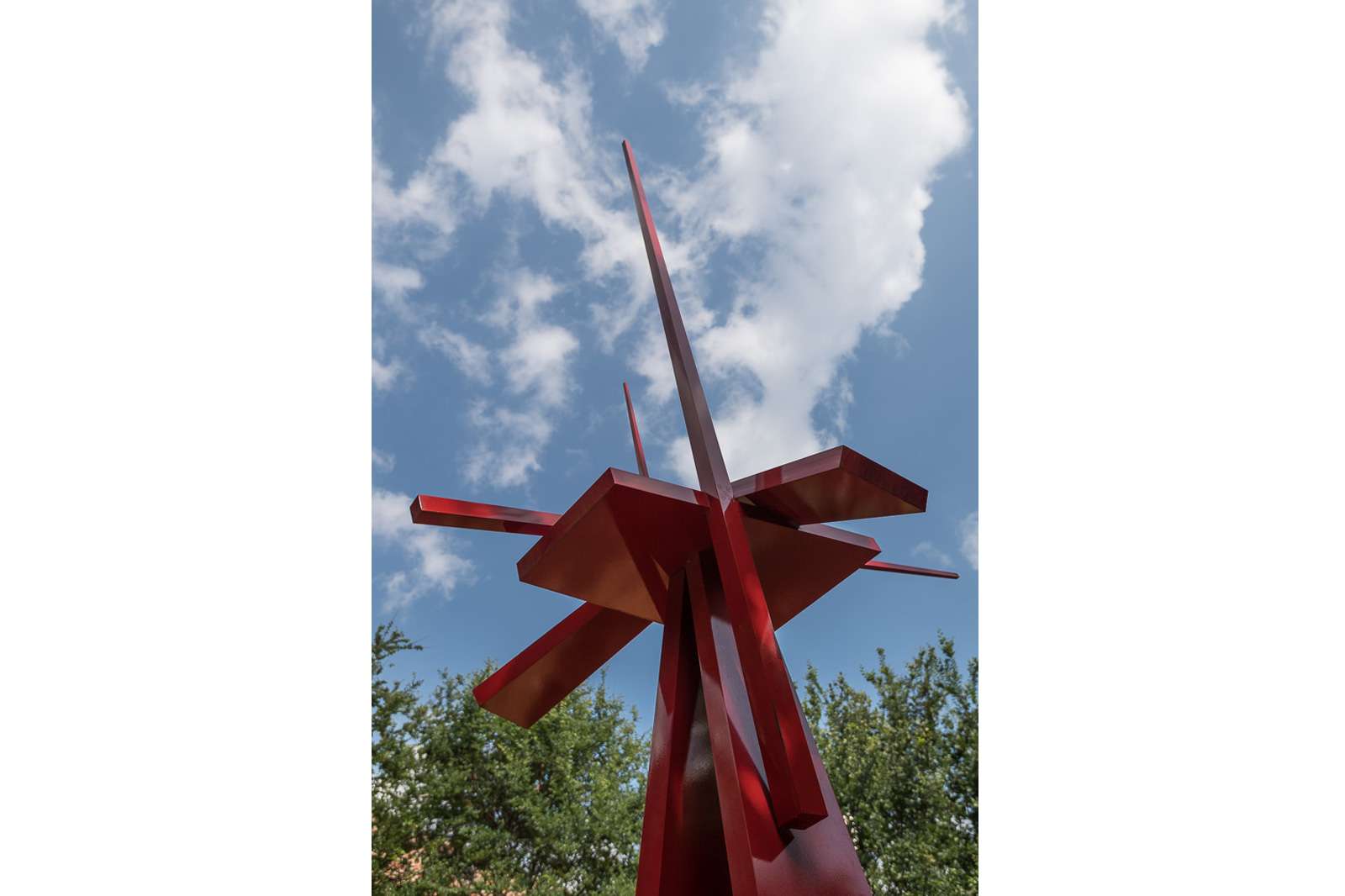 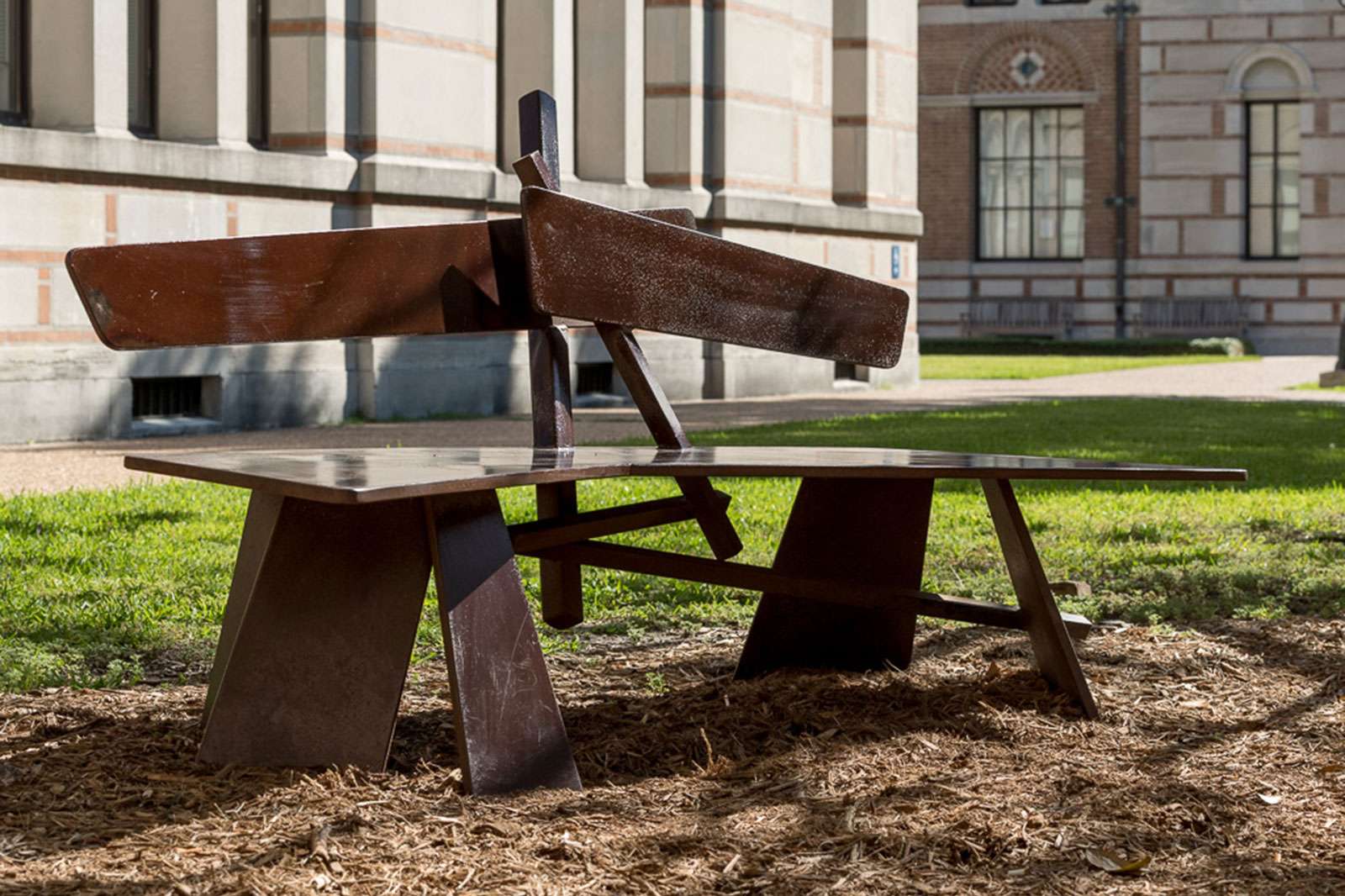 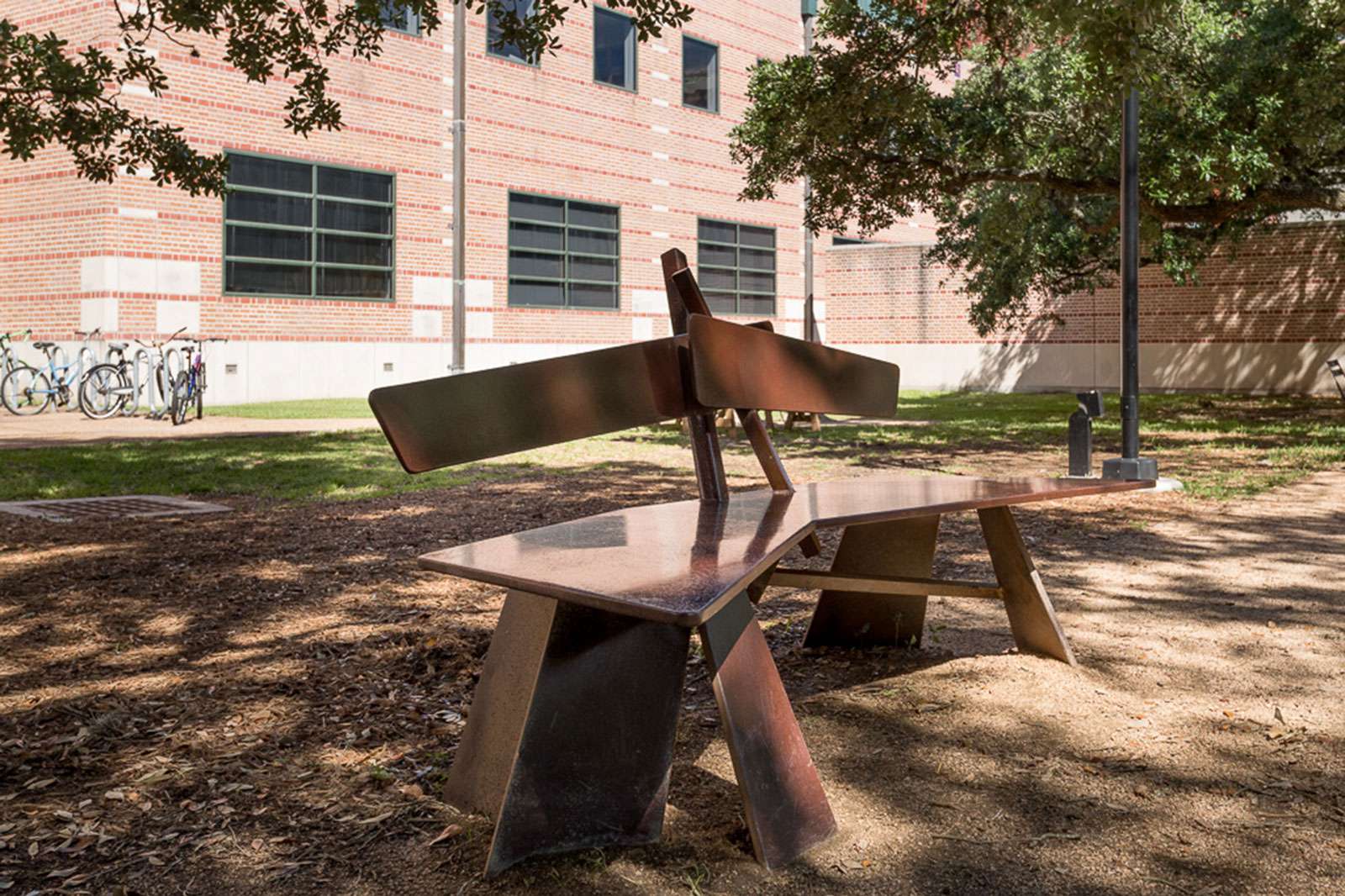 American artist John Henry has been an international figure in public sculpture for more than 50 years. Working in Chicago in the mid-1960s, Henry first earned recognition for his fusion of the Minimalist ideals of the Bauhaus with the hard-edge aesthetics of Constructivism, which emphasized construction over artistic concern with composition. Henry’s sculptural practice, which was informed at this time by his painterly interest in Abstract Expressionist bolts of color, quickly grew to accommodate monumental structures of bright, hot color. Bundles of large metal, stick-like forms in various states of implied movement and construction are the artist’s trademark compositional element, often painted in primary colors. Archer is a prime example of the artist’s work. It is joined on campus by two metal benches designed by the artist and donated by Ralph S. O'Connor, each located nearby, among the tables and benches outside Valhalla at Keck Hall.

About the artist: John Henry (b. 1943, Lexington, KY) earned a B.F.A. at the Art Institute of Chicago in 1969, and is the recipient of many awards, distinctions, and fellowships, including four National Endowment for the Arts grants and a Governor’s National Award in the Arts for the Commonwealth of Kentucky. Henry has served on the board of trustees of the National Foundation for Advancement in the Arts since 1991 and on the board of the International Sculpture Center since 1996. His work is in numerous museum collections, including the Fort Worth Modern, the Museum of Contemporary Art, Chicago, and the Smithsonian Institution.