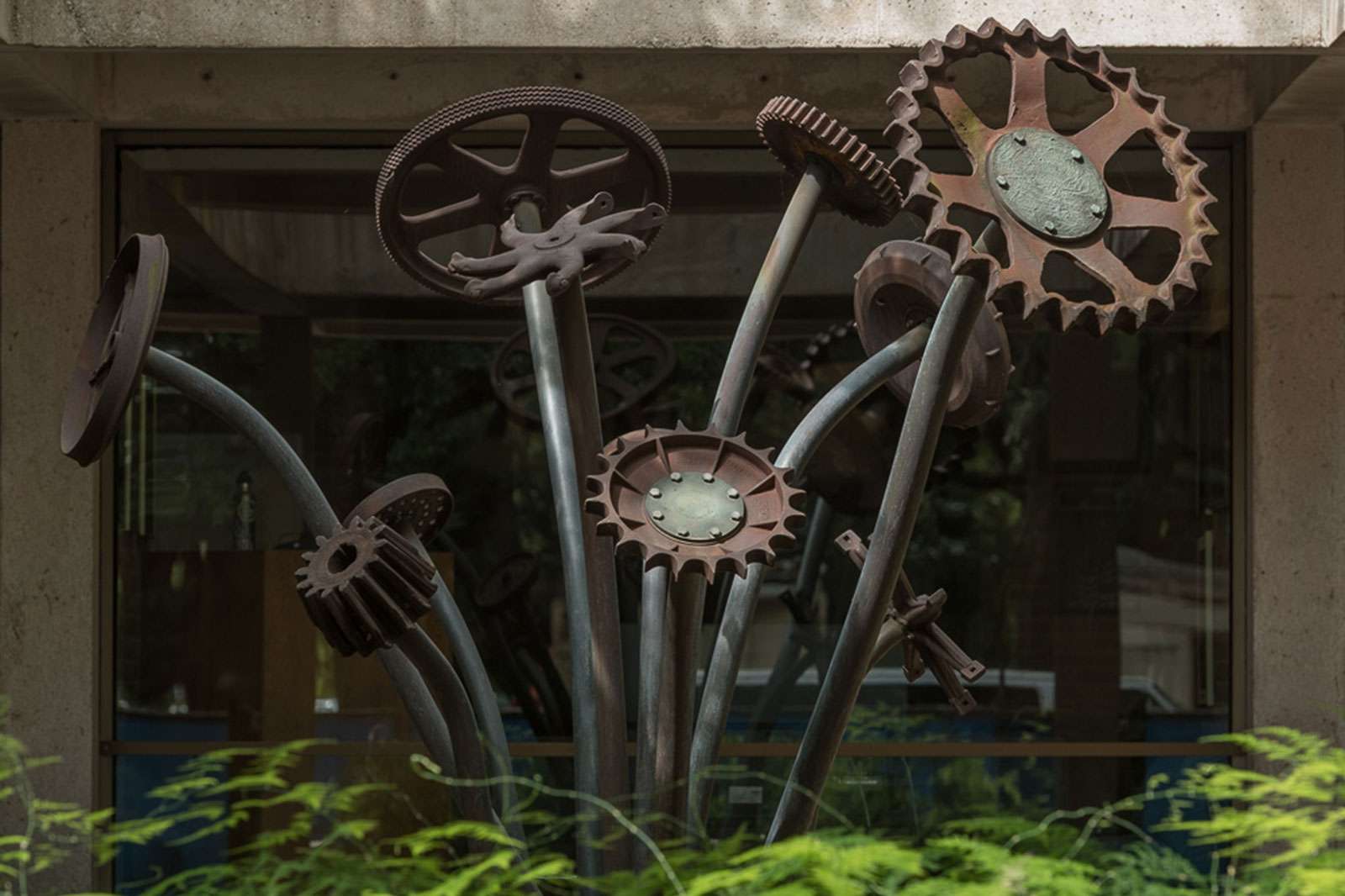 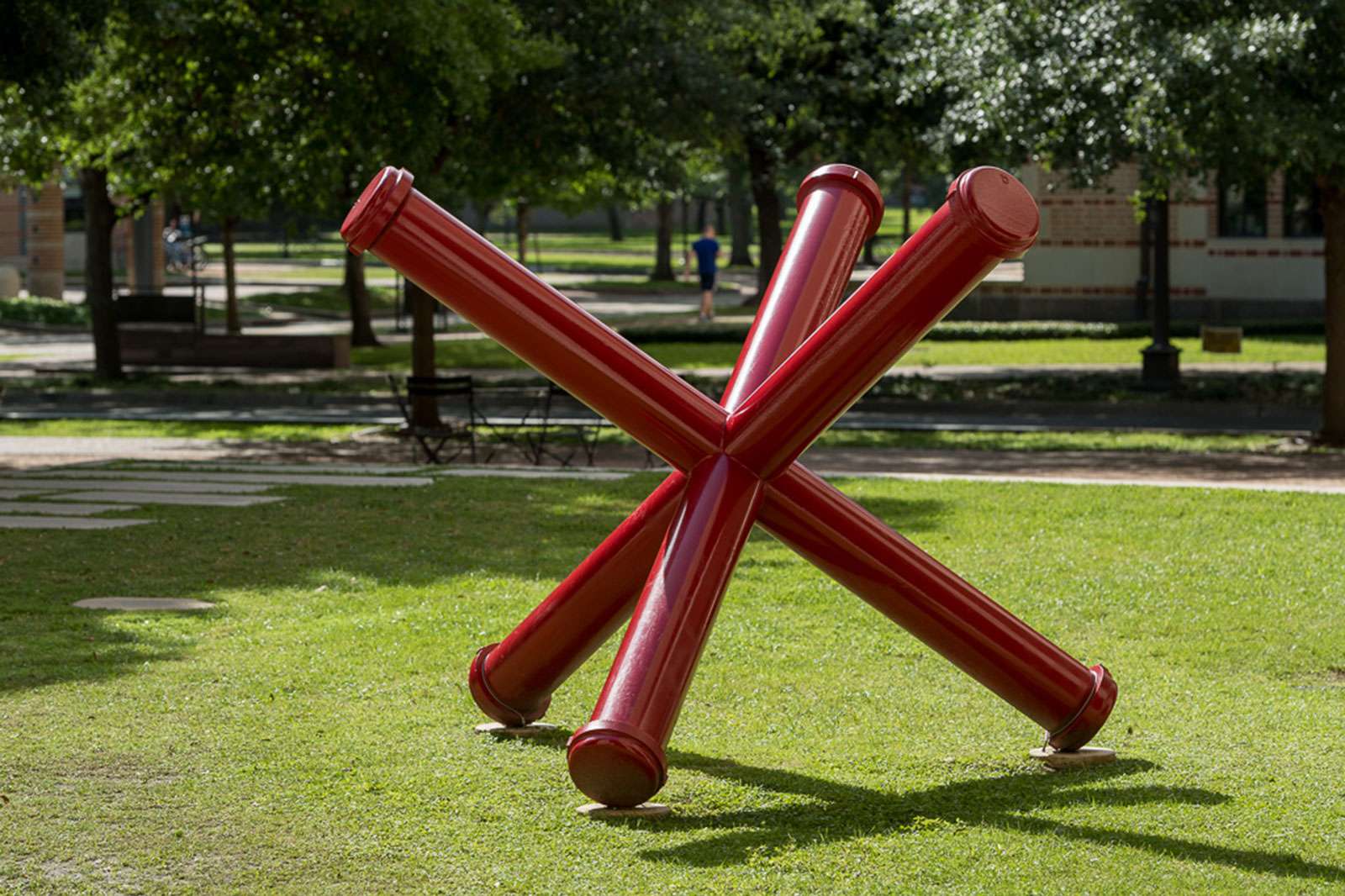 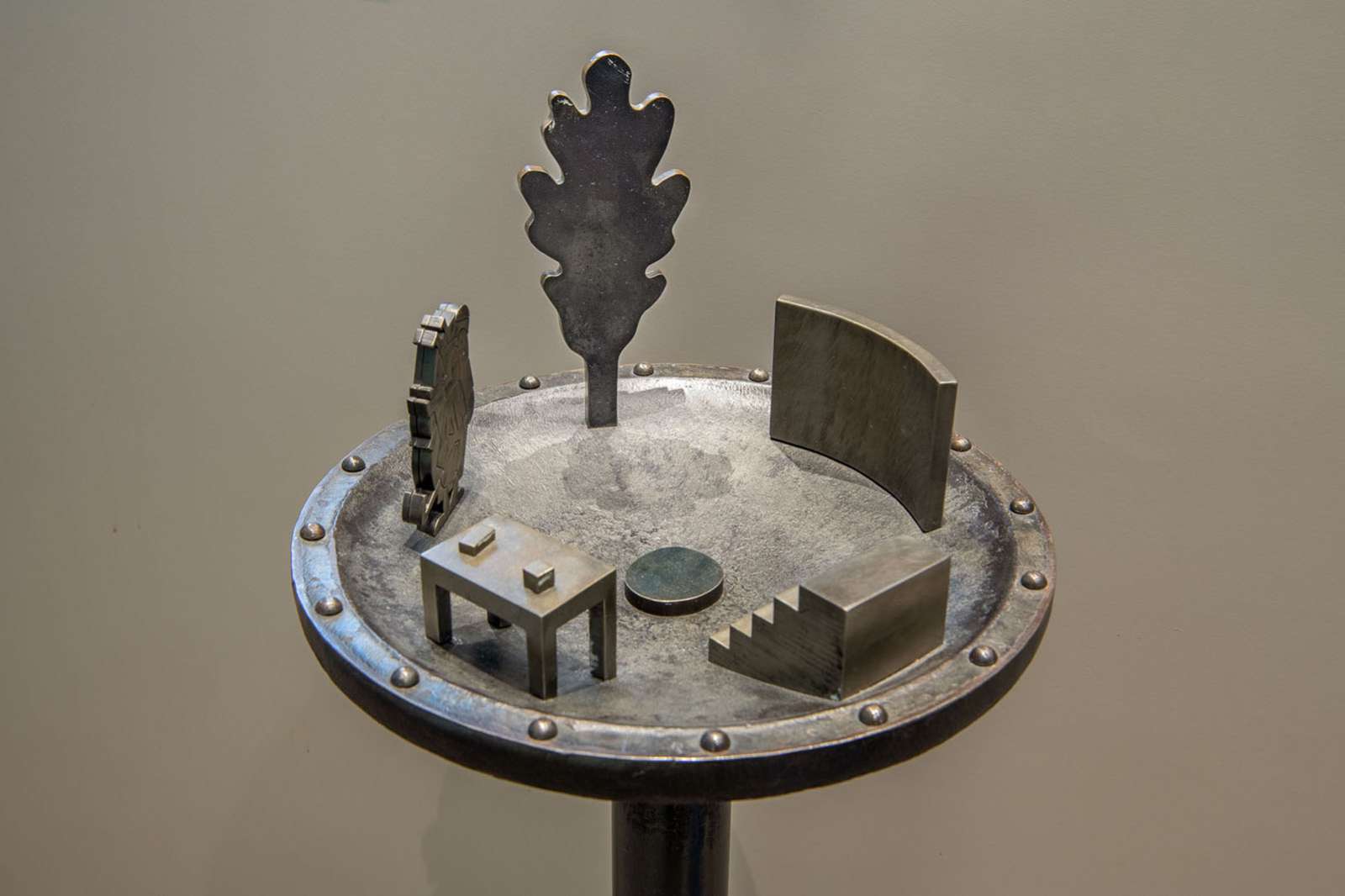 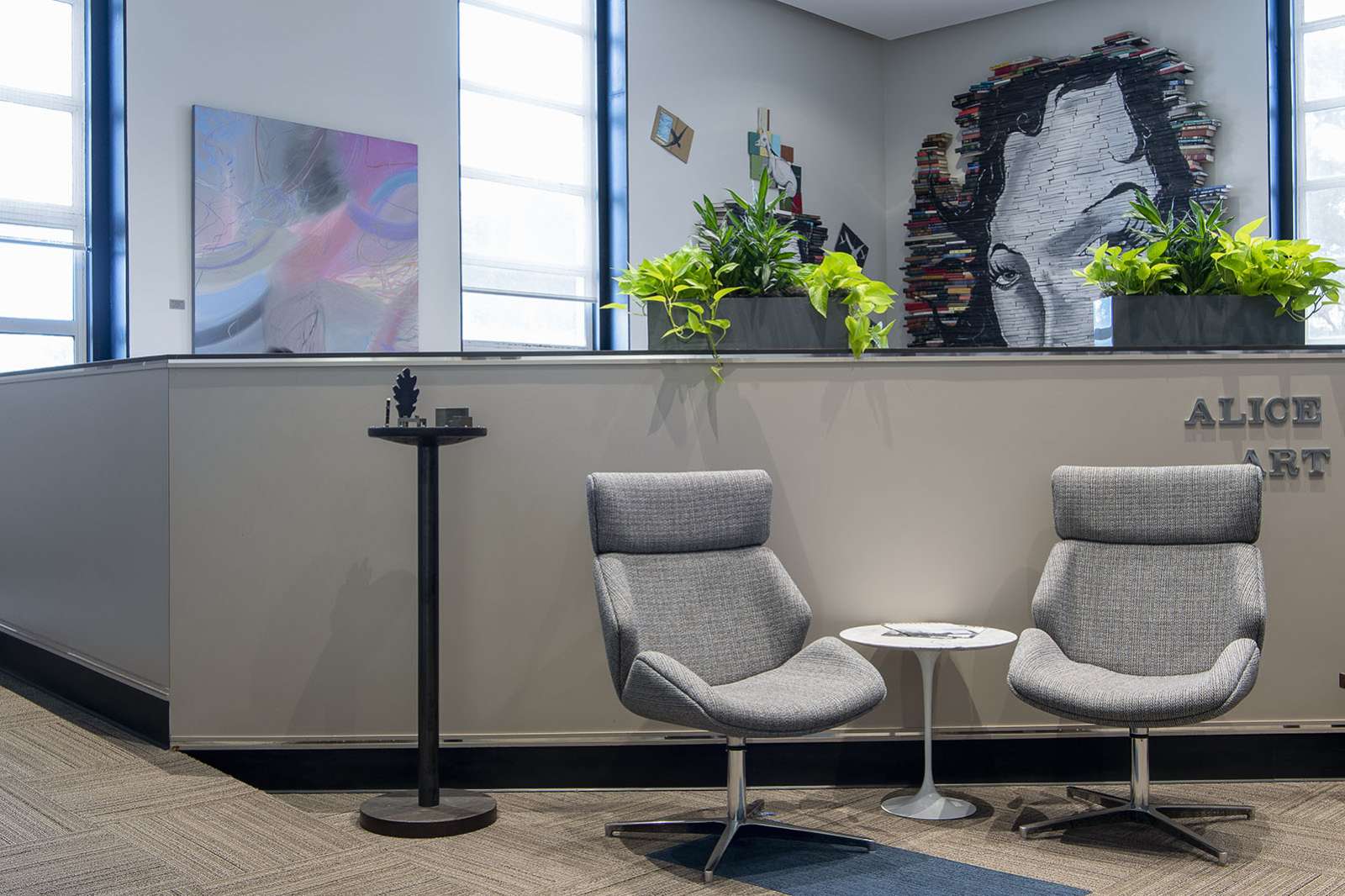 Fondren Library, Second floor
Gift in memory of Pat Toomey by her friends

Jim Love remains one of Houston’s most beloved sculptors. His early practice of welding and assembling artworks out of junkyard finds first earned him national recognition in 1961 for his inclusion in the Museum of Modern Art’s groundbreaking exhibition The Art of Assemblage—a turning point in the art historical and institutional treatment of collaged forms. The Amarillo-born artist was based in Houston at the time, culling cast-off objects from antique lots and junkyards in the Houston Heights and rural Texas, transforming discarded metals into humorous, elegant forms. He often referred to these assemblages as “put-togethers.”

In the mid-1950s, while working as the chief preparator at the Contemporary Arts Museum Houston, Love fell in love with a junkyard in Waco where he discovered all sorts of discarded machinery and cast-iron odds and ends. Out of these materials came a whole line of small hybrid figures, including “bouquets” of metal flowers cast from metal brushes, rusted discs, and iron piping. Paul Bunyan Bouquet no. 2, imagined as a bouquet on the scale of a giant, is a prime example of the artist’s early career work.

Love’s fondness for what writer and critic Donald Barthelme called “almost-useful objects” is evident in the sculptor’s major works of the 1970s. Jack, Love’s second work for Rice and arguably his most iconic series of sculptures, reveals the artist’s sophisticated hand. No longer working in found objects, Love used innovative techniques to weld steel in forms that poked at the seriousness of Minimalist sculpture, as with Donald Judd, Richard Serra, and Robert Morris. Barthelme likened him to a kind of Texan Claes Oldenburg. Jim Love and his work have since had an important—and long-standing—influence on Texas artists and institutions.

About the artist: Born in Amarillo, Texas, Jim Love (1927-2005) earned a B.A. at Baylor University and in the 1950s worked as a set fabricator for Houston’s Alley Theatre and was the chief technician for the Contemporary Arts Museum Houston, hand-picked by the museum’s first acting director, Jermayne MacAgy. Love garnered national recognition through the groundbreaking exhibition The Art of Assemblage at the Museum of Modern Art, New York, in 1961. His first major museum survey, Jim Love: Up to Now (1980), was organized by the former Institute for the Arts at Rice University with the help of Dominique de Menil and traveled to SFMOMA, Amarillo Art Center, and the Hudson River Museum. In 2006, Love was honored with a posthumous career survey, Jim Love: From Now On, at the Contemporary Arts Museum Houston in 2006. Love’s works are in the permanent collections of several museums, including the Museum of Modern Art, the Whitney Museum of American Art, the Menil Collection, and the Museum of Fine Arts, Houston, among many others. Love died in Houston in May 2005.