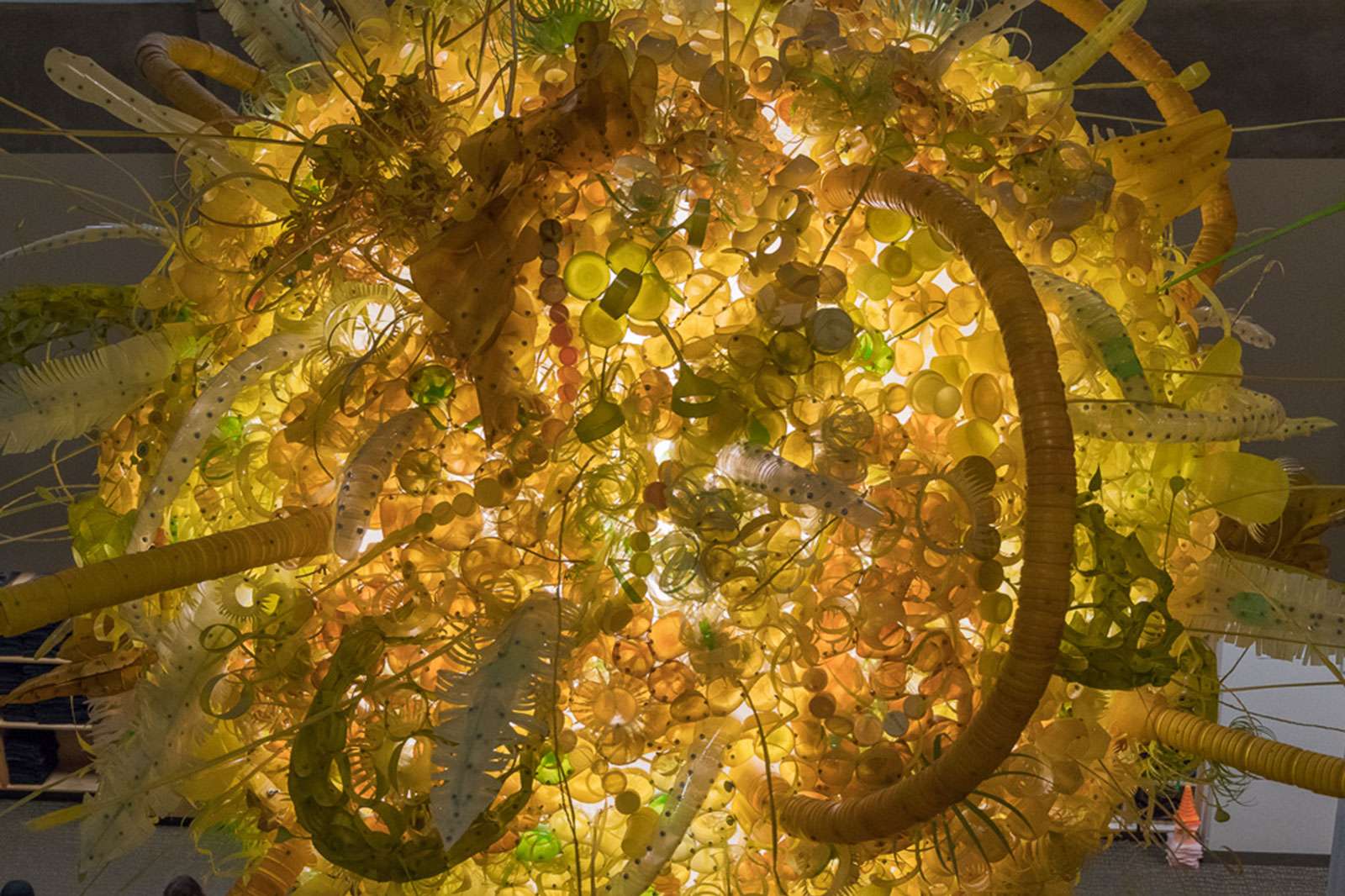 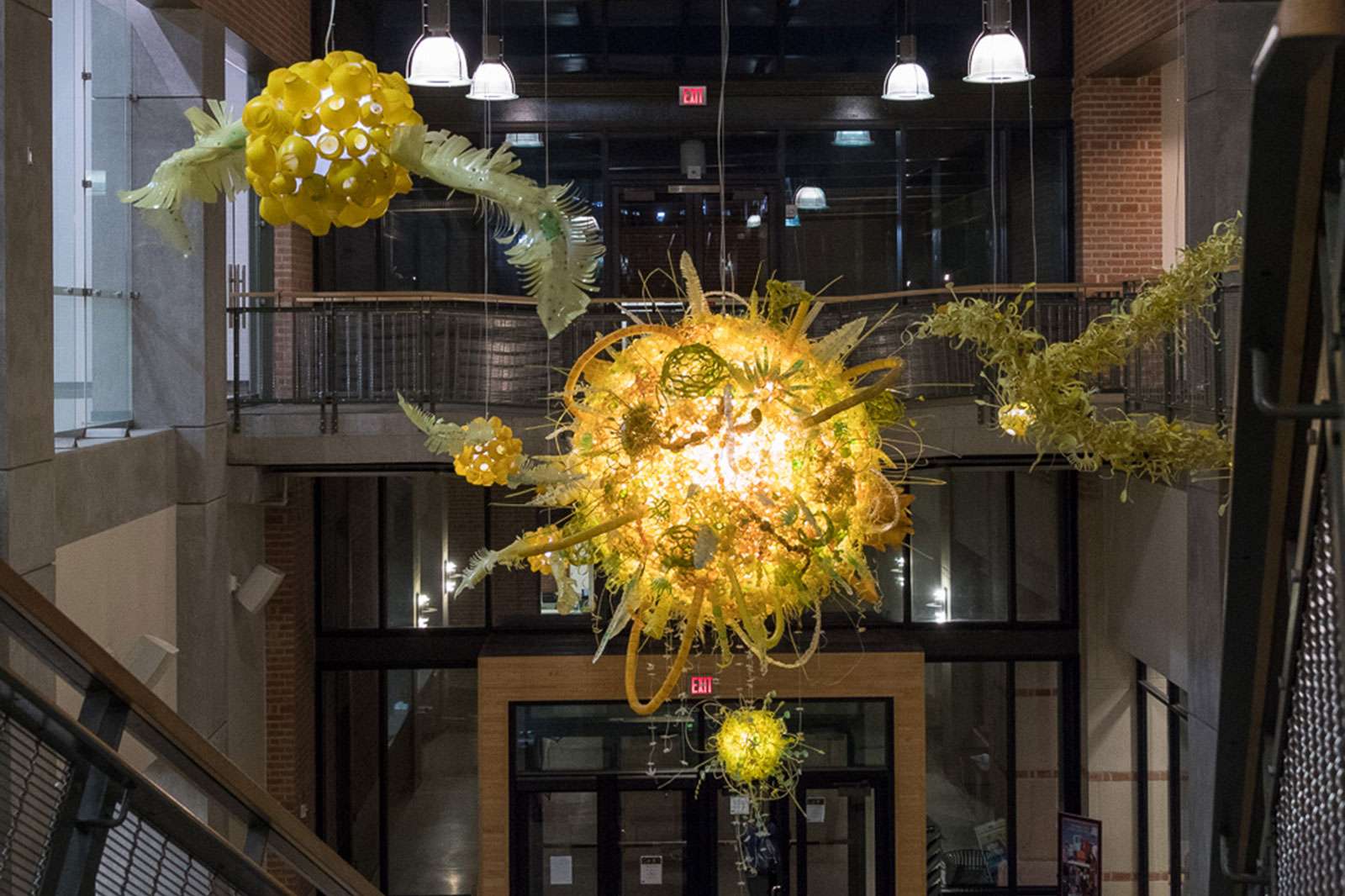 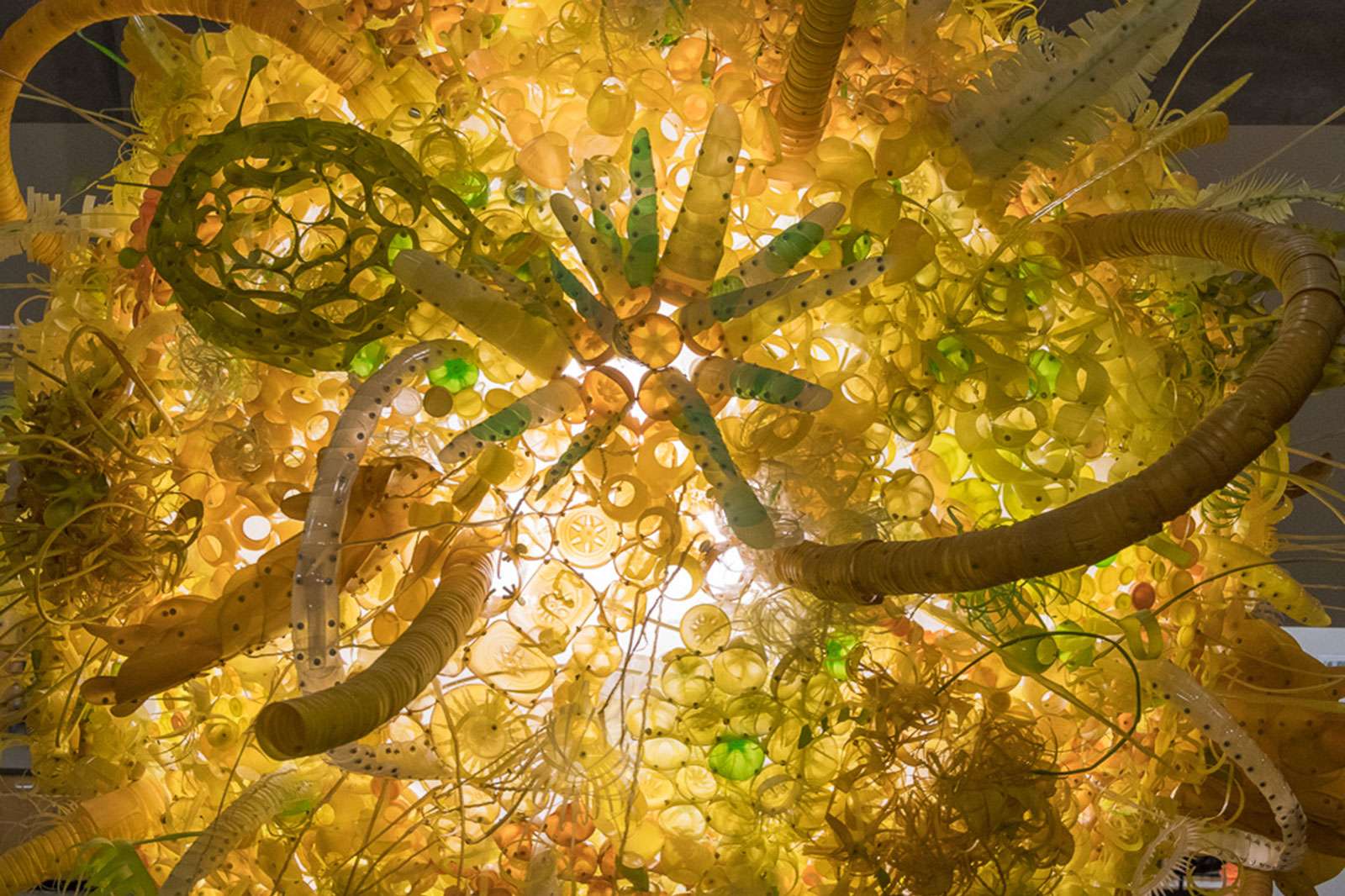 Aurora Robson’s large-scale installations and sculptures use discarded materials like plastic debris to spectacular and transformative effect, emphasizing the incredible amount of waste produced globally on a daily basis. Consisting of five suspended sculptures made of repurposed materials and steel armatures, Lift resembles a solar system of plastics, with spherical and comet-like objects in orbit around a hot ball of repurposed waste. The suspended sculptures are engineered with solar powered-motors, which slowly rotate each object, underscoring her interest in renewable and sustainable energy.

Plastic is Robson’s material of choice. While the initial decision to use plastic was for its formal and structural qualities, as she learned more about its environmental impact she decided to make it a primary material in her work, underscoring her passion for raising awareness about environmental issues related to waste. “I choose the materials I use to work with usually because they’re things that people don’t care about,” Robson says, “and I really like the challenge of taking objects that are considered useless or without potential and transforming them in such a way that they fulfill some of their potential.”

About the artist: Born in Toronto and best known for her ethereal installations made from waste, Aurora Robson (b. 1972) is an artist and environmental activist. She earned a BA at Columbia University and is director and co-founder of Project Vortex, a coalition of artists, architects, and designers dedicated to working with discarded plastic to reduce the amount of refuse in the world’s oceans. Robson has enjoyed solo exhibitions at Rice Gallery, David Owsley Museum of Art, Southampton Art Center, and the McColl Center for Art + Innovation, among other institutions. She is the recipient of the TED/Lincoln Re-Imagine Prize, a National Endowment for the Arts Art Work Grant, and A Pollock Krasner Foundation Grant, among other achievements. Robson lives and works in Hudson Valley, New York.