In 2008, artist Dornith Doherty (b. 1957 Houston, Rice class of 1980) began the project Archiving Eden as a way to explore the role of seed banks and their preservation efforts in the face of climate change, extinction, and declining biodiversity. The global effort to preserve future plant species through seed vaults is simultaneously optimistic and pessimistic: individuals and governments from around the world collaborate to create botanical back-up systems, but climate change and political instability have created the need for “Doomsday Vaults” in preparation for worst-case environmental scenarios.

The surprising visual power of these magnified x-ray images illuminates Doherty’s considerations of the intangible philosophical, anthropological, and ecological issues surrounding the role of science and human agency embedded in the act of gene banking. They simultaneously prompt poetic questions about life and time, on both a macro and a micro scale. Doherty is fascinated by the power of these tiny plantlets to generate life, and to endure the timespan central to the process of seed banking which seeks to make these sparks endure for two hundred years or more.

About the artist: A 2012 Guggenheim Foundation Fellow, Dornith Doherty is an American artist working primarily with photography, video, and scientific imaging. Doherty was born in Houston, Texas and received a B.A. cum laude from Rice University and a MFA in Photography from Yale University. She is a Distinguished Research Professor at the University of North Texas, where she has been on the faculty since 1996. In addition to the Guggenheim Fellowship, she has also received grants from the Fulbright Foundation, the Japan Foundation, the Indiana Arts Commission, and many others She has been an artist in residence at the Museum of Contemporary Art Toronto/Ontario Science Centre, the Cary Institute for Ecosystem Studies, and Joshua Tree National Park. Doherty’s work has been featured in exhibitions widely in the US and abroad and is in numerous permanent collections, including the Amon Carter Museum of American Art, Fort Worth, TX; the Brandt Museum, Denmark; the Crystal Bridges 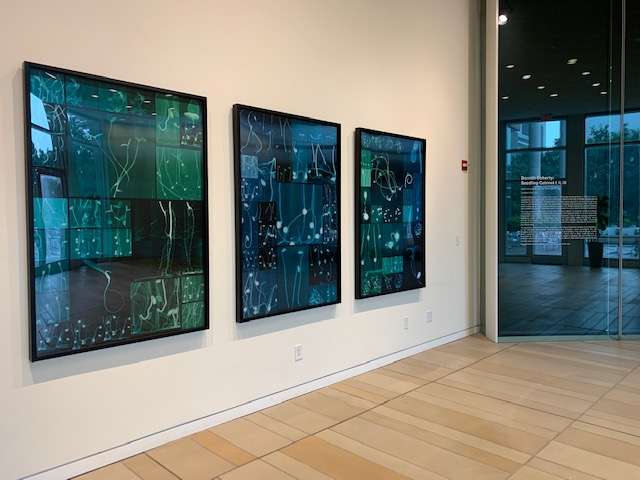