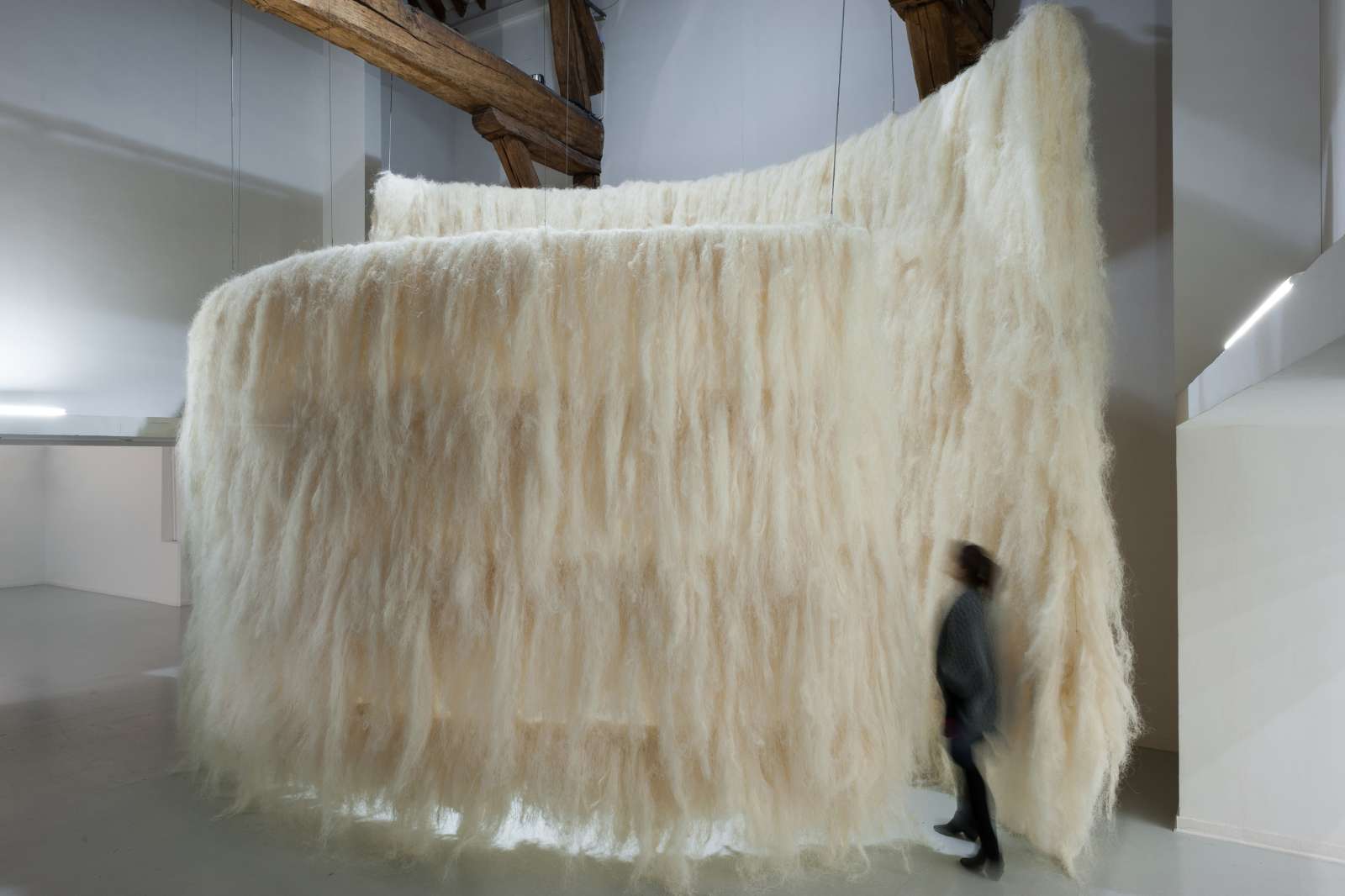 In the fall of 2021 the Moody Center for the Arts will present a solo exhibition of work by Paris-based artist Kapwani Kiwanga (b. 1978, Hamilton, Canada), her first in Houston. In her practice that spans installation, photography, video, and performance, Kiwanga revisits history, offering new perspectives on the present. Through her research-based approach to making art, Kiwanga investigates how natural materials are imbued with cultural meanings, and how they can be interpreted as archives of shared human and natural history to inspire alternative understandings of social, economic, and political realities.

For the Moody, Kiwanga will create two site-specific, immersive installations, Maya-Bantu and Dune, both of which address linkages between trade and labor, as well as society and the environment, on local, national, and global scales.

Maya-Bantu explores the artistic potential of sisal, layering the plant’s pearly-white, raw fiber to create a minimalist yet monumental sculpture that speaks to the crop’s historic significance in Tanzania. Sisal was first imported to Tanzania at the end of the nineteenth century by German settlers, who relied on labor to cultivate it. In the decades following Tanzania’s independence from Britain in 1961, the material played a vital role in the expansion of the nation’s agricultural economy. This large-scale work, which will be on view in the Moody’s Central Gallery, testifies to the value of the raw material itself and expresses the importance of self-sufficiency and self-determination in the a newly independent nation.

With Dune, Kiwanga will transform the Brown Foundation Gallery into an immersive desert-like environment made of sand from south Texas, an essential product for fracking. The practice of fracking, or hydraulic fracturing, is the most common way to extract oil and gas from shale rock. It has been a central component in the recent growth of Texas’s economy and has impacted energy production worldwide. While the process itself is considered technically revolutionary in its capacity to draw natural gas and oil from the previously impenetrable rock, its byproducts – solid and liquid waste containing pollutants and carcinogens – can negatively affect humans, animals, and the environment. Dune draws attention to the long-lasting implications of such extraction methods on Texas’s economy, as well as the hazards fracking presents to both the landscape and the population.

In the media gallery, Kiwanga will present the 2012 video Vumbi. The title, meaning ‘dust’ in the East African language of Kiswahili, refers to the red powder that blankets parts of the rural Tanzanian landscape during the dry season. In the video, Kiwanga cleans this vermillion layer of dirt from vegetation, exposing brilliant green leafage, which will invariably become covered again. The Sisyphean task performed by the artist is both an act of domesticity as well as a means of subtractive painting. While suggesting a delicate and caring human relationship with nature, the work also draws attention to nature’s inexorable force and the complex relationship between humans and the planet.

As a whole, Kiwanga’s exhibition explores the ways in which humanity’s interactions with and appreciation of nature and landscape morphs over time, constantly acquiring new meanings when viewed through the historical lenses of production, culture, and the economy.

This exhibition is organized by Ylinka Barotto, Associate Curator, Moody Center for the Arts.

This exhibition is made possible by the Moody Center for the Arts Founder’s Circle and the Elizabeth Lee Moody Excellence Fund for the Arts.